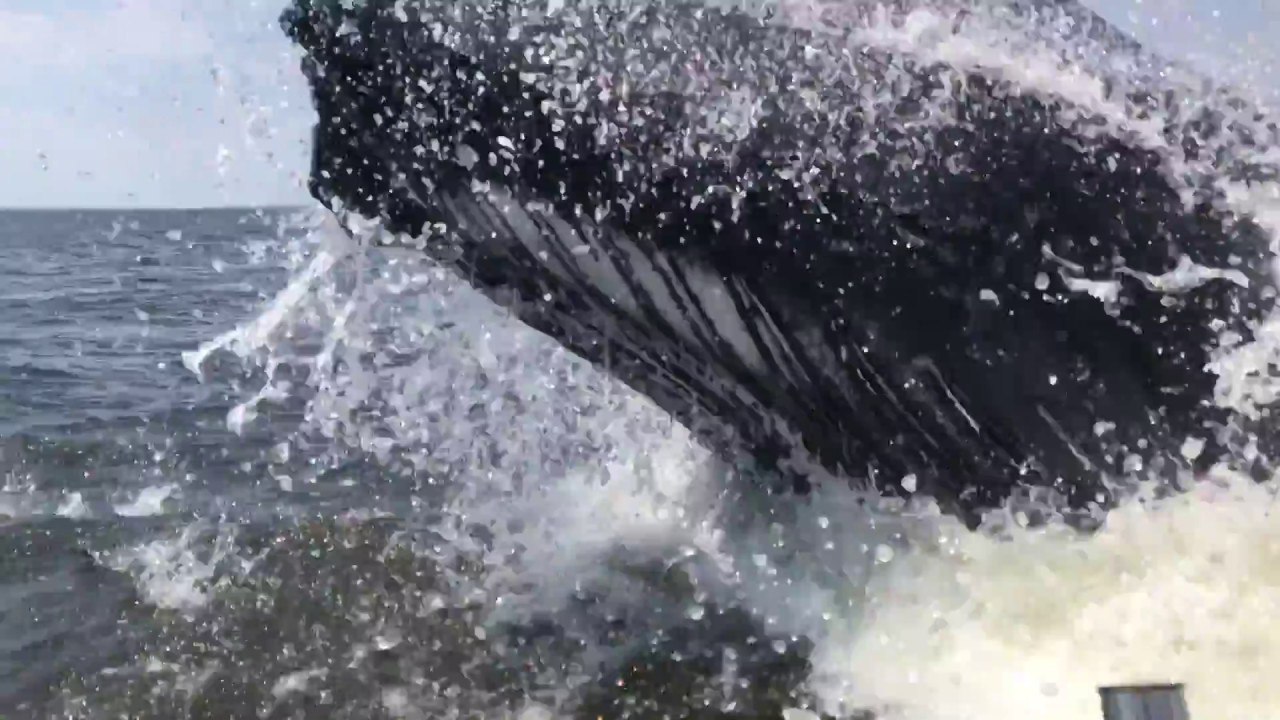 If you’ve ever been whale watching on boat and you’ve been luck enough to see them breach, you’ve probably asked that question – “but what if the whale hits the boat.” For New Jersey local Paul Ziolkowski, that question was very nearly answered.

Whilst fishing off the coast of New York with his son, the group spotted the whale and took out phones hoping to catch a breach on video. They probably weren’t expecting the massive creature, which generally weighs around 30,000 kg, to breach so close.

A school of fish can be seen splashing around at the surface just before the breach, clearly the intended target for the whale. Pro-tip – If something’s got a really big mouth, don’t stand too close to its prey. “This definitely was one of the craziest experiences in my life and I’ve had many, who would have thought I would see some Moby Dick right here outside the Verrazano on my boy’s 19 footer,” stated Ziolkowski in a Facebook post. “That humpback was chasing bunker all the way up to the side jumped out of the water and tapped the hull of my boat, knocking bunker into the boat. Crazy, I know it sounds like a fish story, but these New Jersey waters are serious!” Apart from rocking the boat and knocking in a few free fish, the close breach didn’t do any damage.

Whilst this whale was breaching looking for a feed, whales are known to breach for a variety of reasons. Whilst us humans are astonished by whales jumping out of the water, it’s believed that whales frequently breach when they feel threatened. Essentially, it’s “come at me bro” in whale. Alternatively, they’ve been known to breach for competitive mating displays. It’s basically the whale version of “lets get it on?”