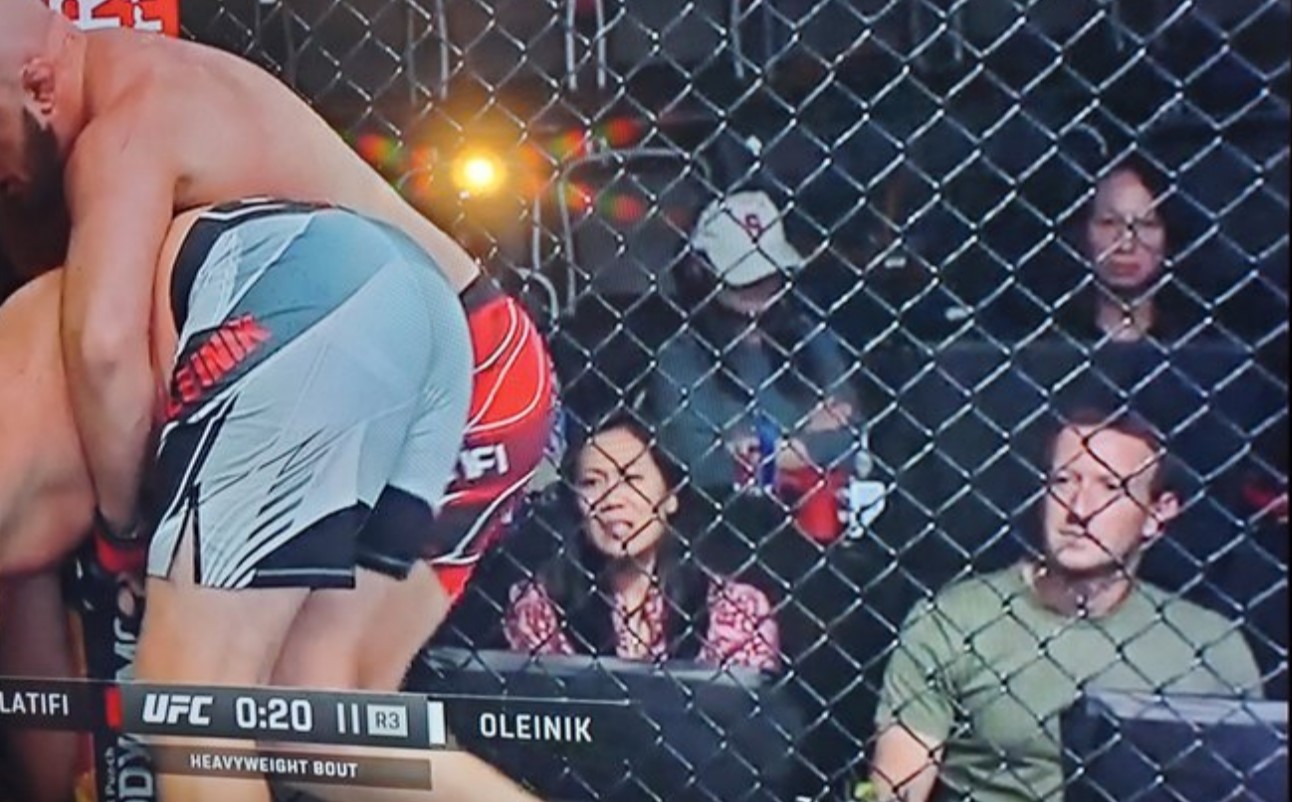 As you all know, the Zuck is now a big fan of the UFC, and that’s got tongues wagging. After all, if robots can start emulating UFC fighter moves, we might all be in deep s**t. Yeah, nah, joking, but we dunno, maybe not. Anyway, his appearance at a UFC event isn’t really the story. Nah, it’s more that Dana White called bulls**t on claims the Facebook head honcho had rented seats in an otherwise closed-off event, and then Zuckerberg was pictured there.

If Zuckerberg wanted to, he could probably rent out every seat in any arena with the change that’s fallen down the back of his car seat.

Mark Zuckerberg did NOT rent out the UFC Apex. That’s total bullshit. https://t.co/VbdFATcltd

Still, people got chatting earlier in the week when White announced that UFC Vegas 61 would be closed to the general public, claiming, “We just figured that you guys have been so busy lately, that we give you guys a night off. You guys are here on Tuesdays, you’re here on Saturdays … we need to give you guys a break. You’re welcome.”

Which is a kinda weird way to put it, but whatever. After that, though, Mackenzie Dern, who competed in the main event, said Zuckerberg had rented out the whole event.

That led to White calling bulls**t. “Mark Zuckerberg did NOT rent out the UFC Apex. That’s total bullshit,” he said in a Tweet. And who knows, maybe he didn’t. Who cares. Nevertheless, he was later pictured at the event with his family, where he supposedly enjoyed himself, perhaps showing that robots can feel emotions.

Final thought: Yeah, look, whatever the truth of the situation, it doesn’t really matter. Zuckerberg likes UFC and he was there when no one else was. Whether he paid for the seats, was gifted them, or overpowered security with his own kickass moves, we’ll never know for sure. Still, let us know what you think happened.

Just in case you missed it, here’s one of Ozzy’s latest commentary videos…What even is Gravity? (Destination Perfect #5)

We don’t know about you, but we’ve often wondered how much on-screen Hollywood nudity is real. Don’t get us wrong, we know that a lot of times normal bodies are just…normal bodies, but sometimes you’ve gotta wonder if...