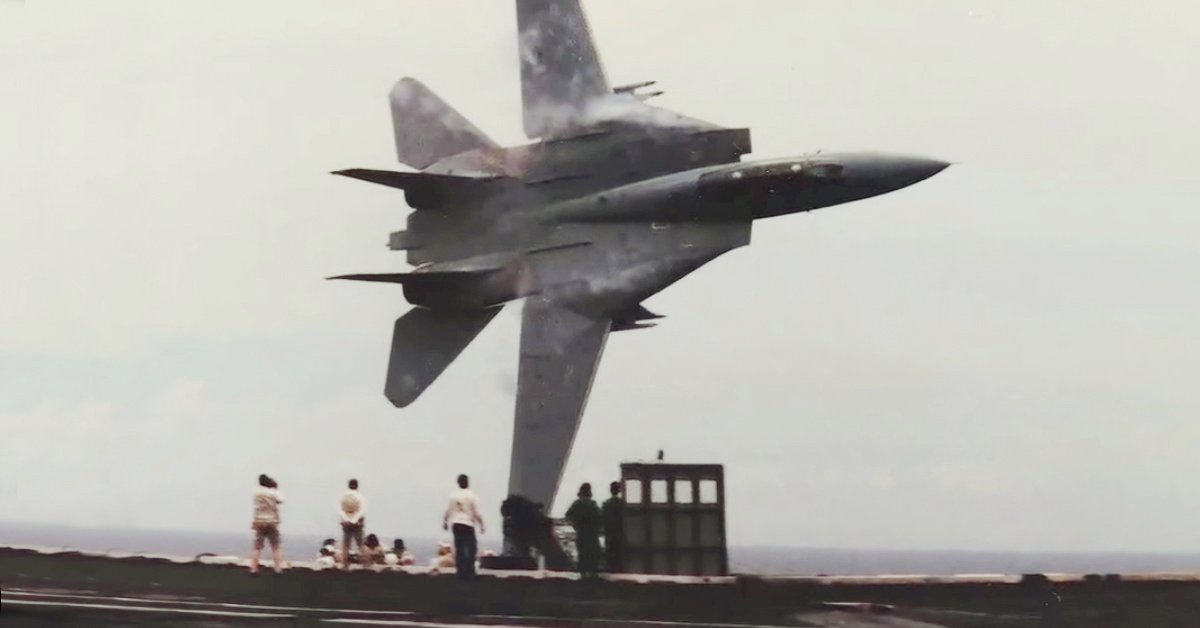 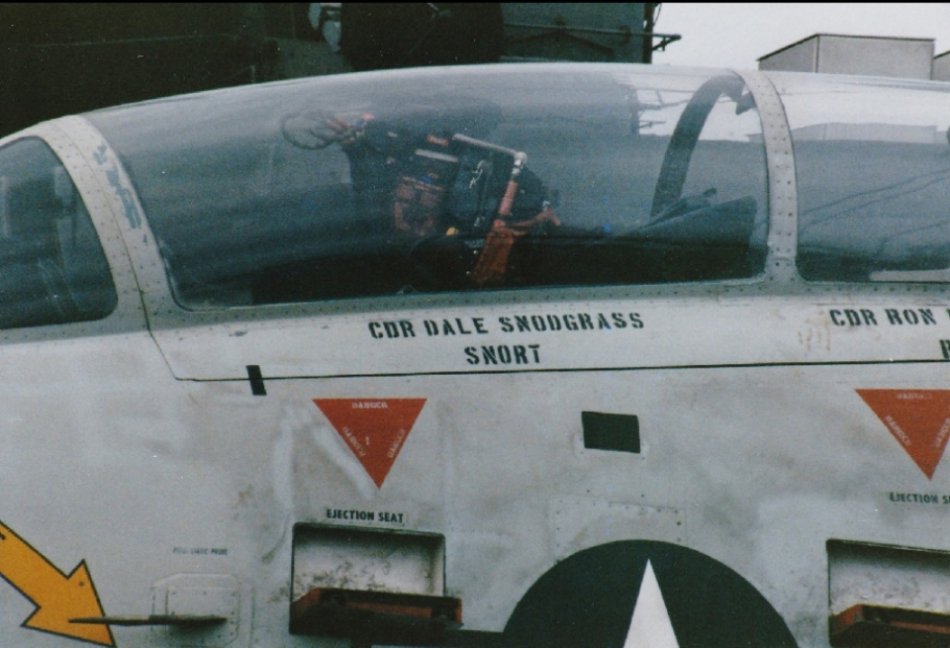 Essentially, what you’ve got here is a series of photos that were designed to showcase one F-14 pilot’s flyby skills. While that was happening, though, one bloke was hanging out at the back of the USS America, going, “Yeah, nah, that’s not that good. I can definitely do better.” 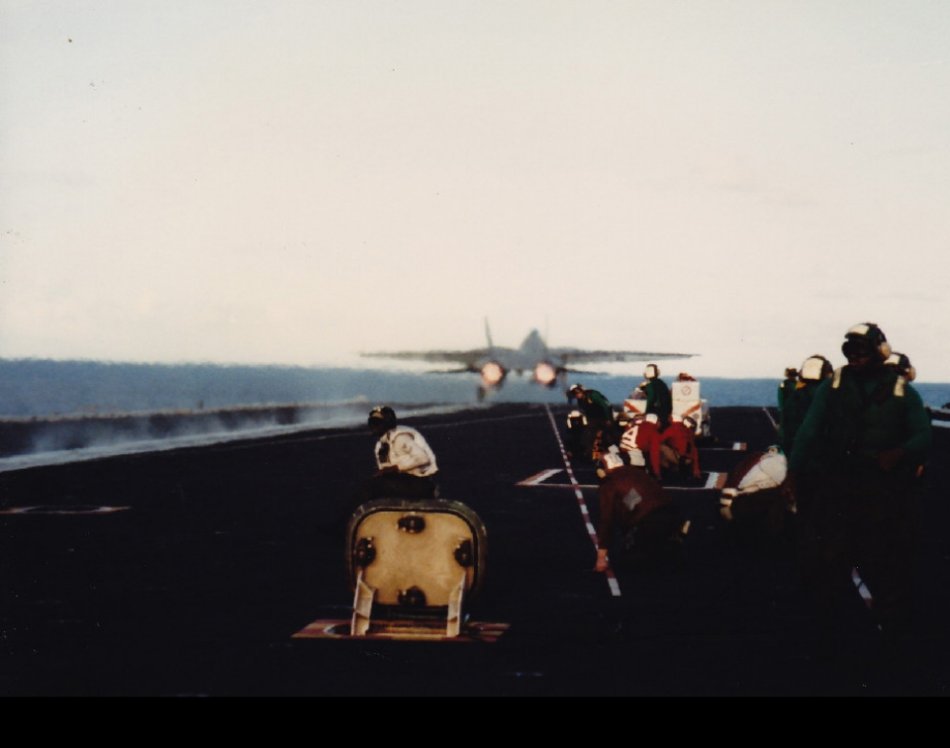 That bloke was Dale ‘Snort’ Snodgrass. Not to be outdone, he gave a photographer a nudge and said, “Yeah, mate, just be ready because I’m gonna show you how it’s done!” 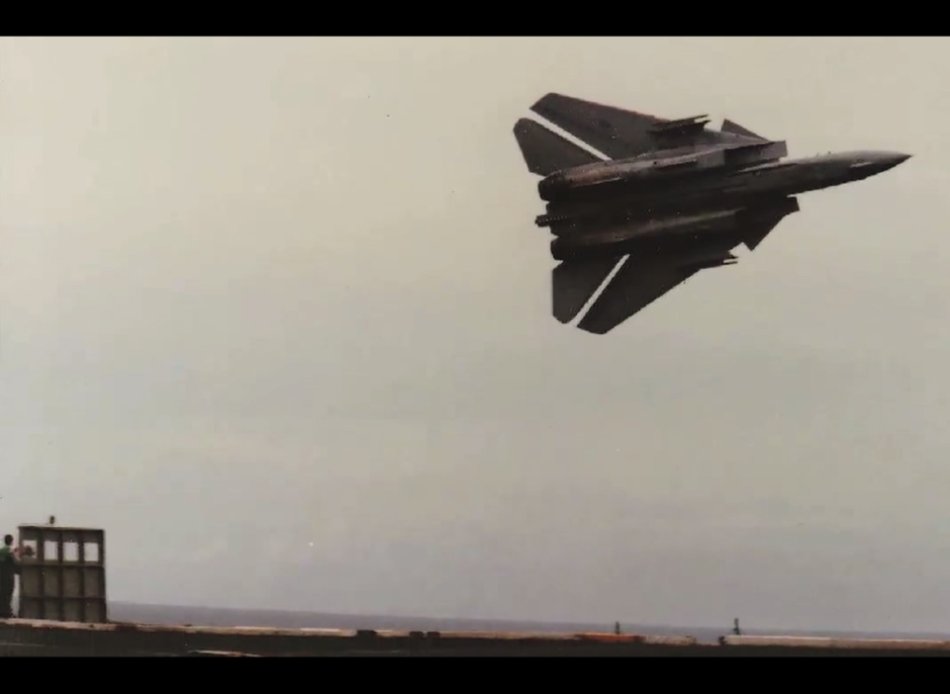 As you can see from the photos, Snodgrass smashed it, and the photographer, Sean E. Dunn, got the best F-14 flyby ever caught on camera. 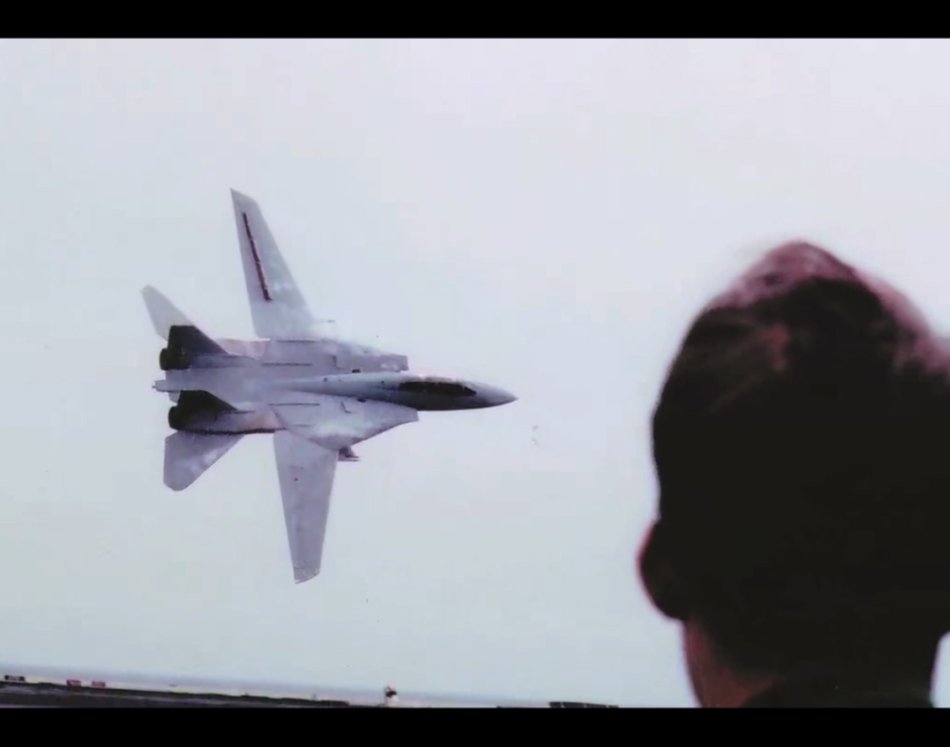 Afterwards, Snodgrass said, “It’s not risky at all with practice… It was my opening pass to a Tomcat tactical demonstration at sea. I started from the starboard rear quarter of the ship, at or slightly below flight deck level. Airspeed was at about 250 knots with the wings swept forward.” 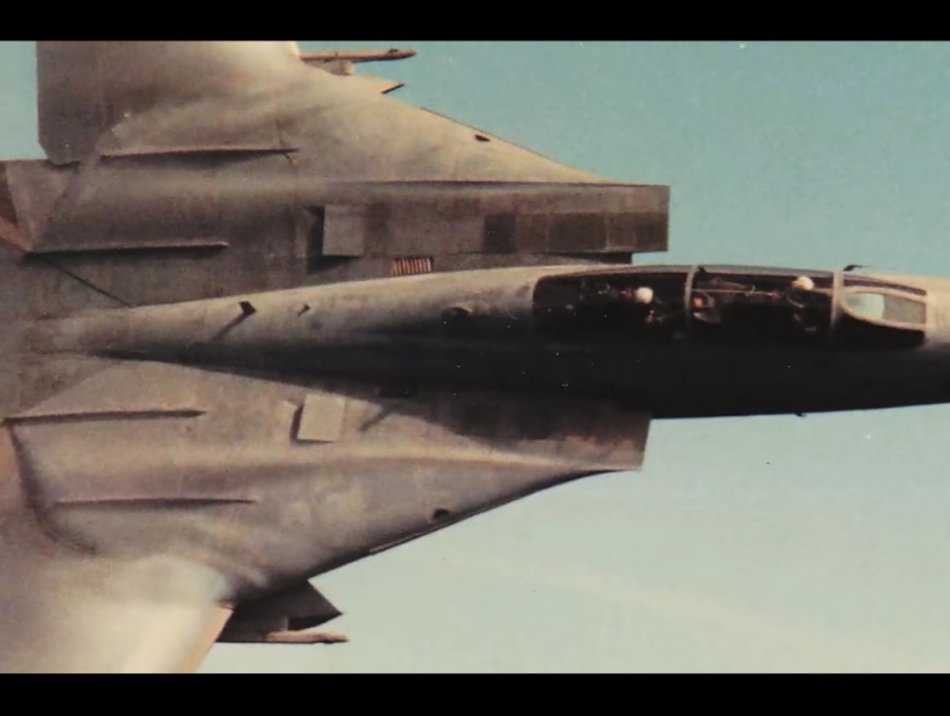 When he tells the story, it’s easy to see the cheeky bugger remembers it fondly. “I selected afterburner at about ½ miles behind and the aircraft accelerated to about 325-330 knots. As I approached the ship, I rolled into an 85 degree angle of bank and did a 2-3 g turn, finishing about 10 – 20 degrees off of the ship’s axis. It was a very dramatic and, in my opinion, a very cool way to start a carrier demo.” 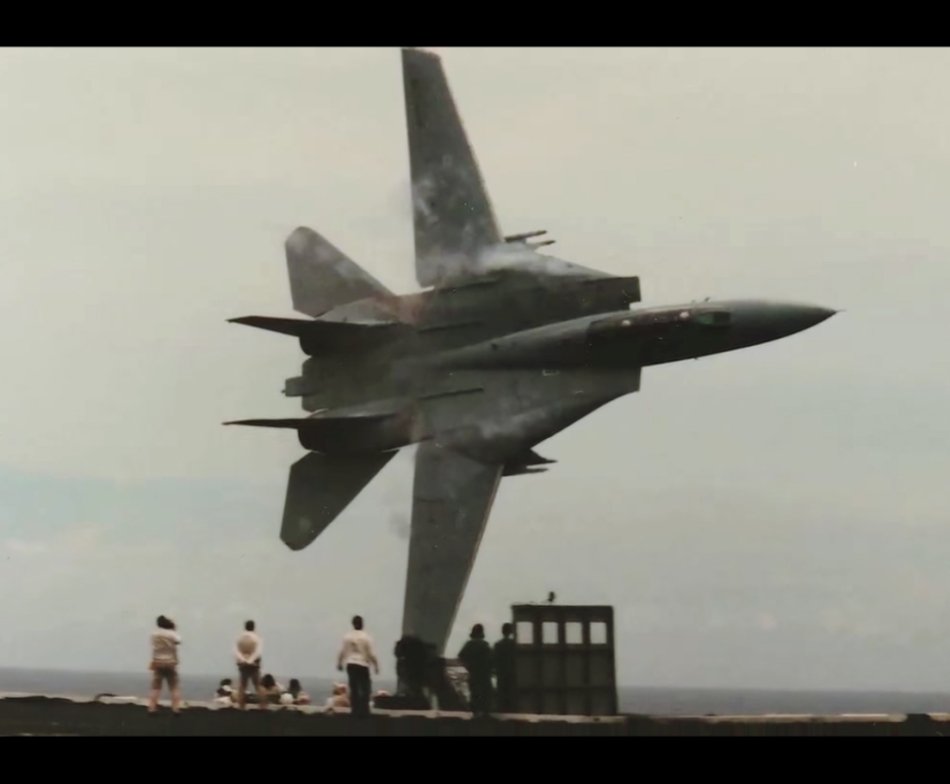 Final thought: So there you have it. With just a little heads-up to his photographer mate, one cheeky bugger is responsible for one of the greatest action photos of an F-14 flyby you’re ever likely to see. If you’ve got a cheeky story to match that one, bignote yourself in the comments section, ya bloody legend!