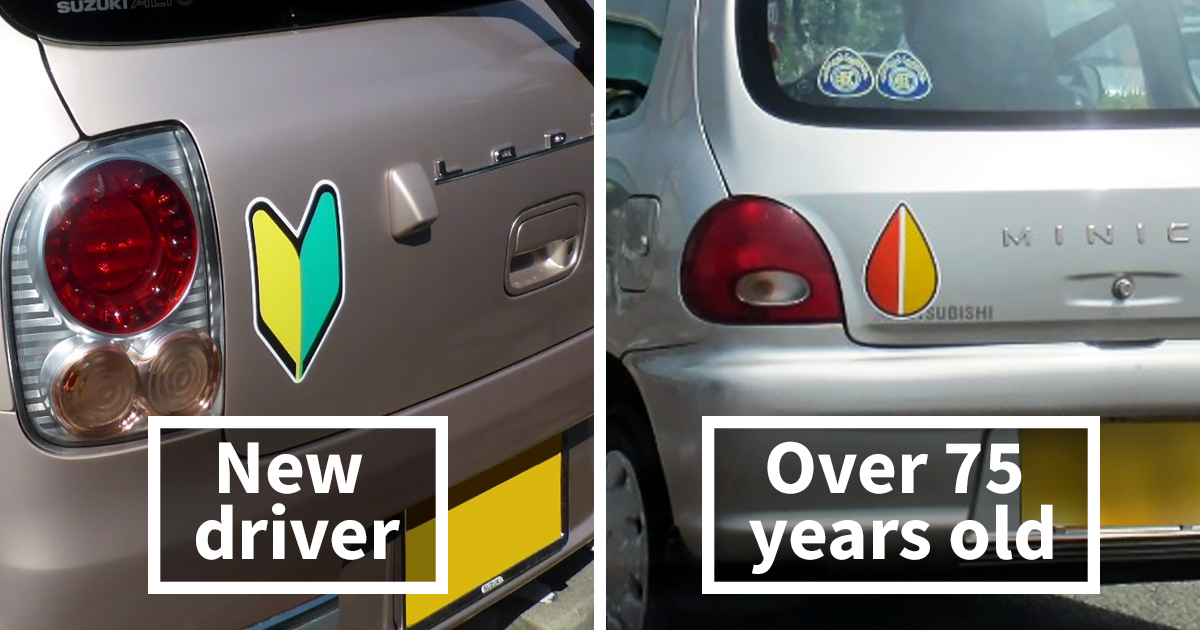 Twelve photos that prove Japan is one of a kind

How’s ya memory ya big gorgeous f**k-knuckles? Have you killed it with beer or do ya remember an article from a while back with a bunch of pics in it that show off how bloody awesome Japan is? If ya don’t remember, check it out here. If ya do, well, you’d better bloody brace yourselves because – to quote Kevin Bloody Wilson – we’re bringing it around. Have a look at the pics below to see twelve more bloody awesome things about Japan… 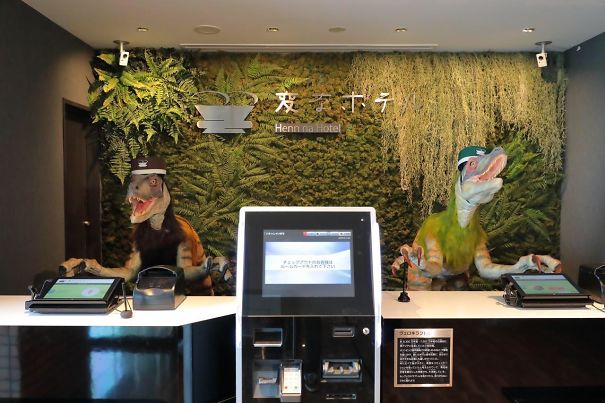 In the past we looked at cool things like having fish in the water drainage system, elevators that let you know whether you need your umbrella or not, and people lining up for public transport in an orderly fashion. Today, we’re hitting you with more doozies like hotels that have robot dinosaurs at the front desk. If I ever go to Japan, I’m staying there! 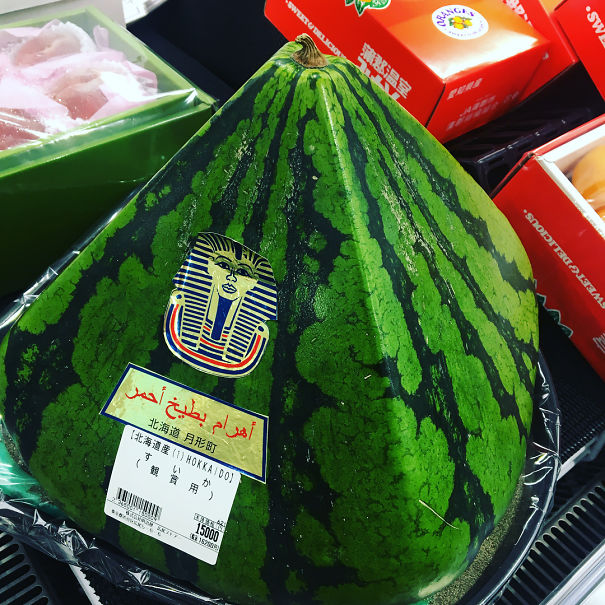 F**ken funnily shaped watermelon! I thought this sh*t only existed in The Simpsons! 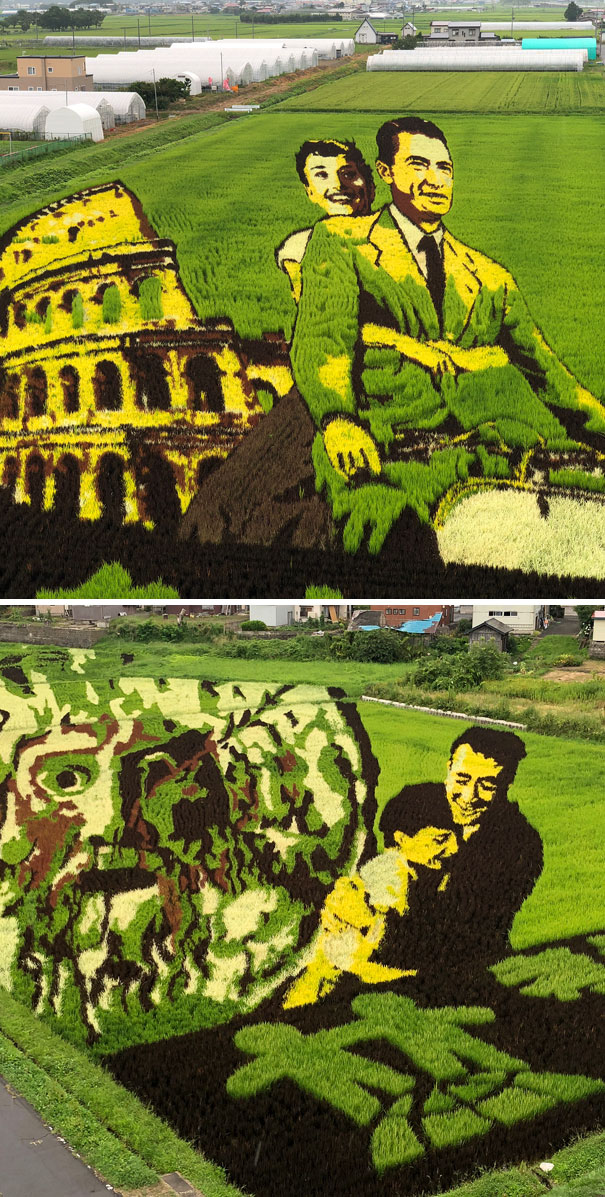 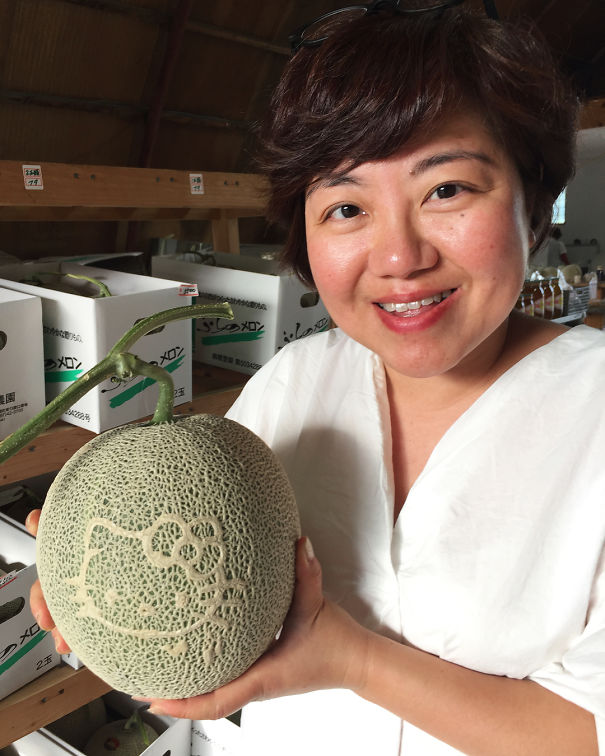 Melons don’t only come in funny shapes. You can even get ones that feature your favourite characters on them. Does someone have to scar them to make it grow that way? How the f**k do they do that? 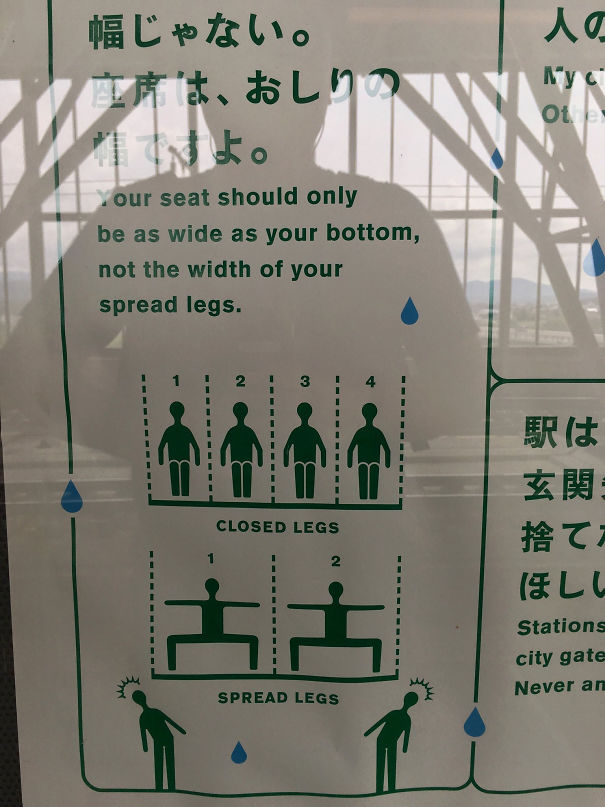 You can hear the feminists of the world uniting with a universal ‘Amen’. Still, I guess this one only works in Japan because…well, you know…stereotypes and all that. #manspreadersforeva! 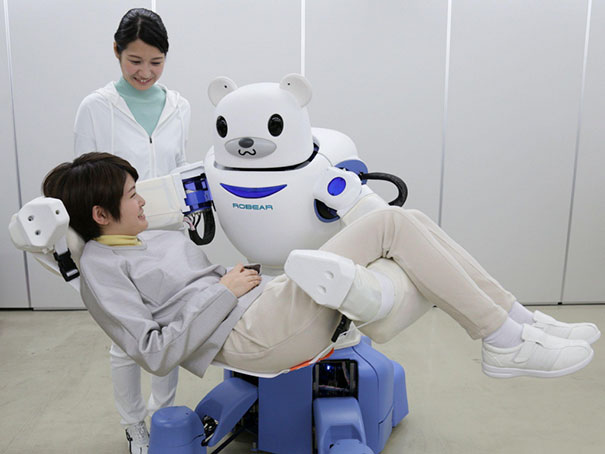 F**ken robot bears in the nursing home. They love their robots. Bloody awesome sh*t. But when does the epic robot bear v robot dinosaur fight happen and who are you betting on? 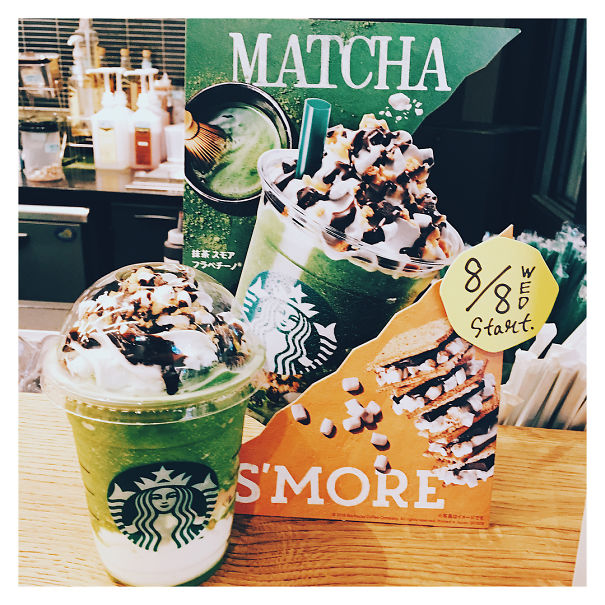 Apparently, shit actually looks like it does in the commercials in Japan. Take note, everywhere else! 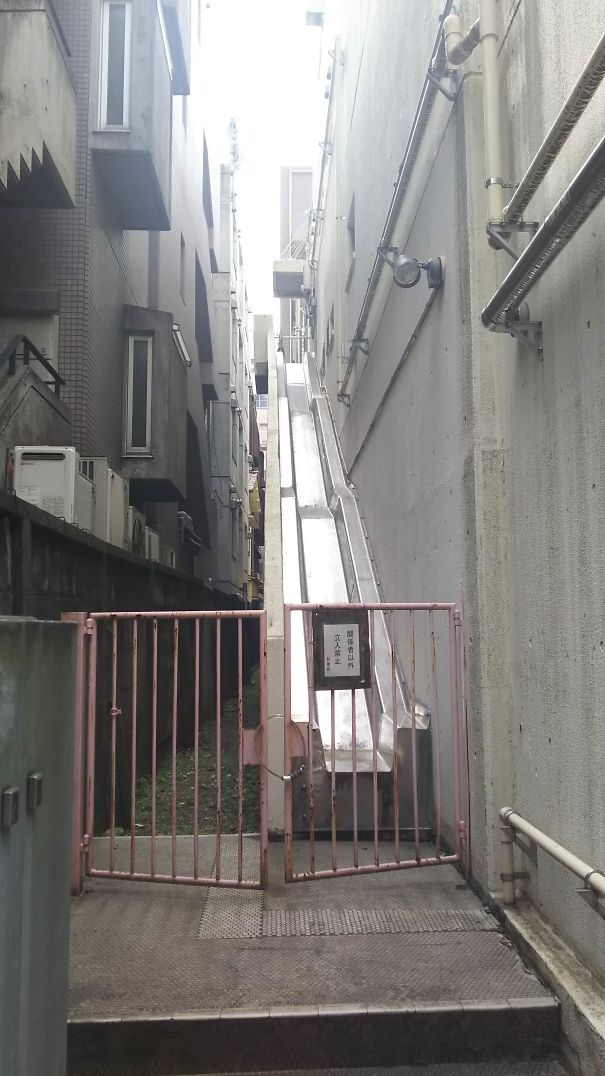 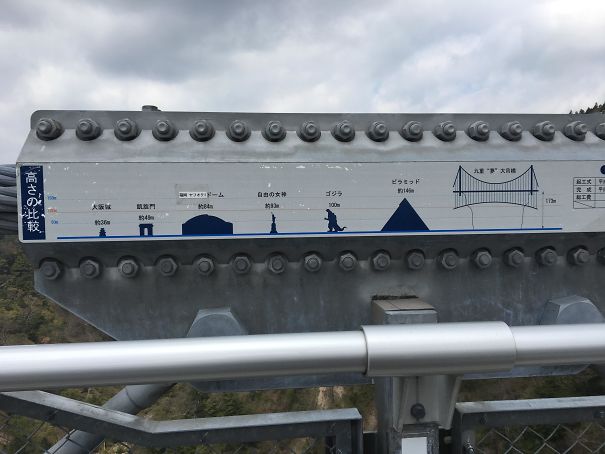 This is something I can definitely get behind. Bridges are compared to the height of Godzilla. Awesome. 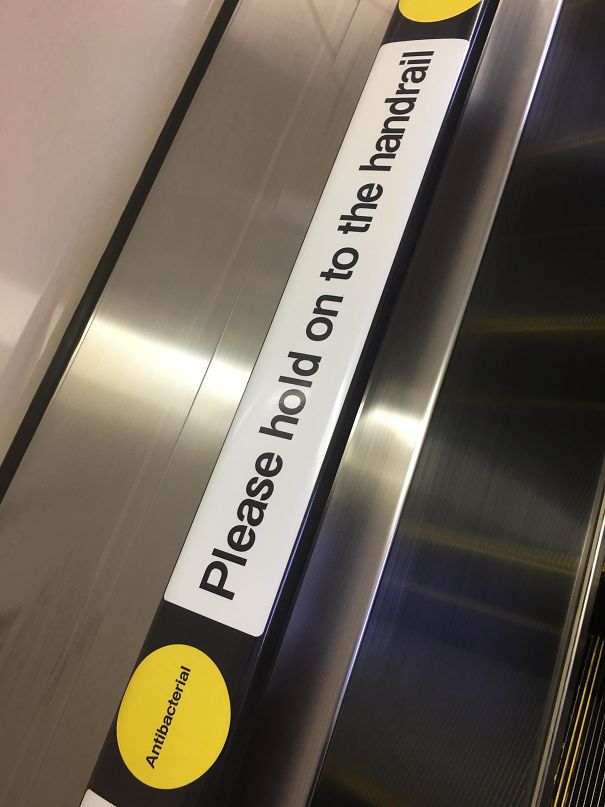 Antibacterial handrails. Funnily enough, it’s also in the one place where most people wash their hands. Typical. 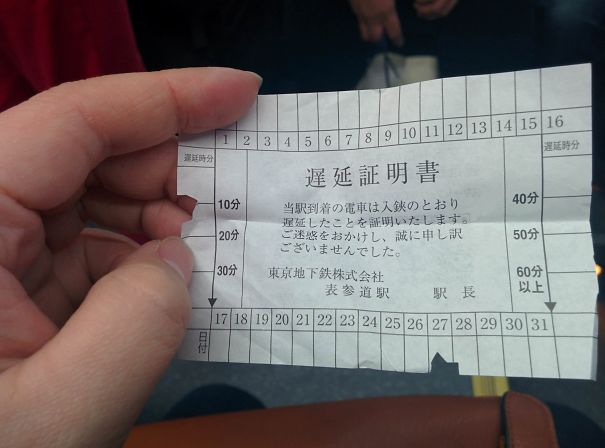 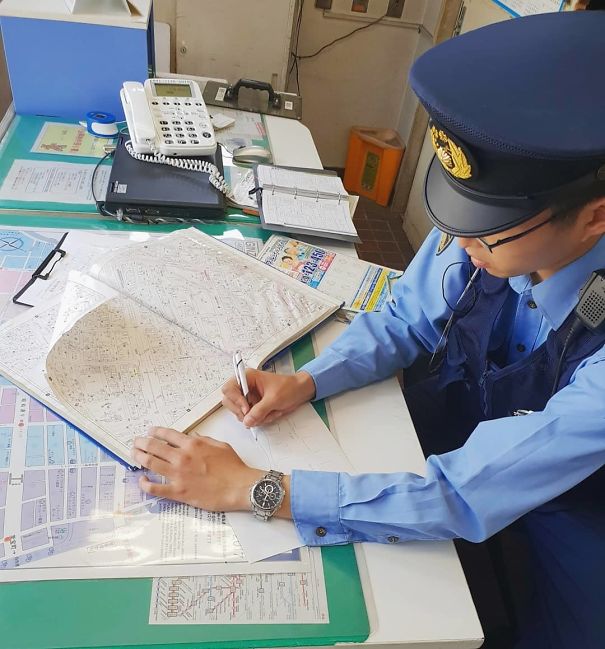 Need directions from a cop? Hold on while he draws you a detailed map. Legend!

Final thought: All these pictures of Japan make it seem like a pretty bloody awesome place. If you’ve got your own pics and anecdotes from there, let us know in the Facebook comments. Good shit, guys. Good shit, Japan.