Following on from MMA’s recent bunghole-kick debacle, we were wondering what could be worse than a toe to the phu-phu-valve when we remembered this bloody doozy. From memory, we were talking about the rules of MMA and the fact that it really seems like there aren’t any. Well, this video might have you asking the same thing about Muay-Thai. In this one, old mate cops an elbow to the forehead so bloody vicious that it leaves a permanent imprint. Bloody ouch! 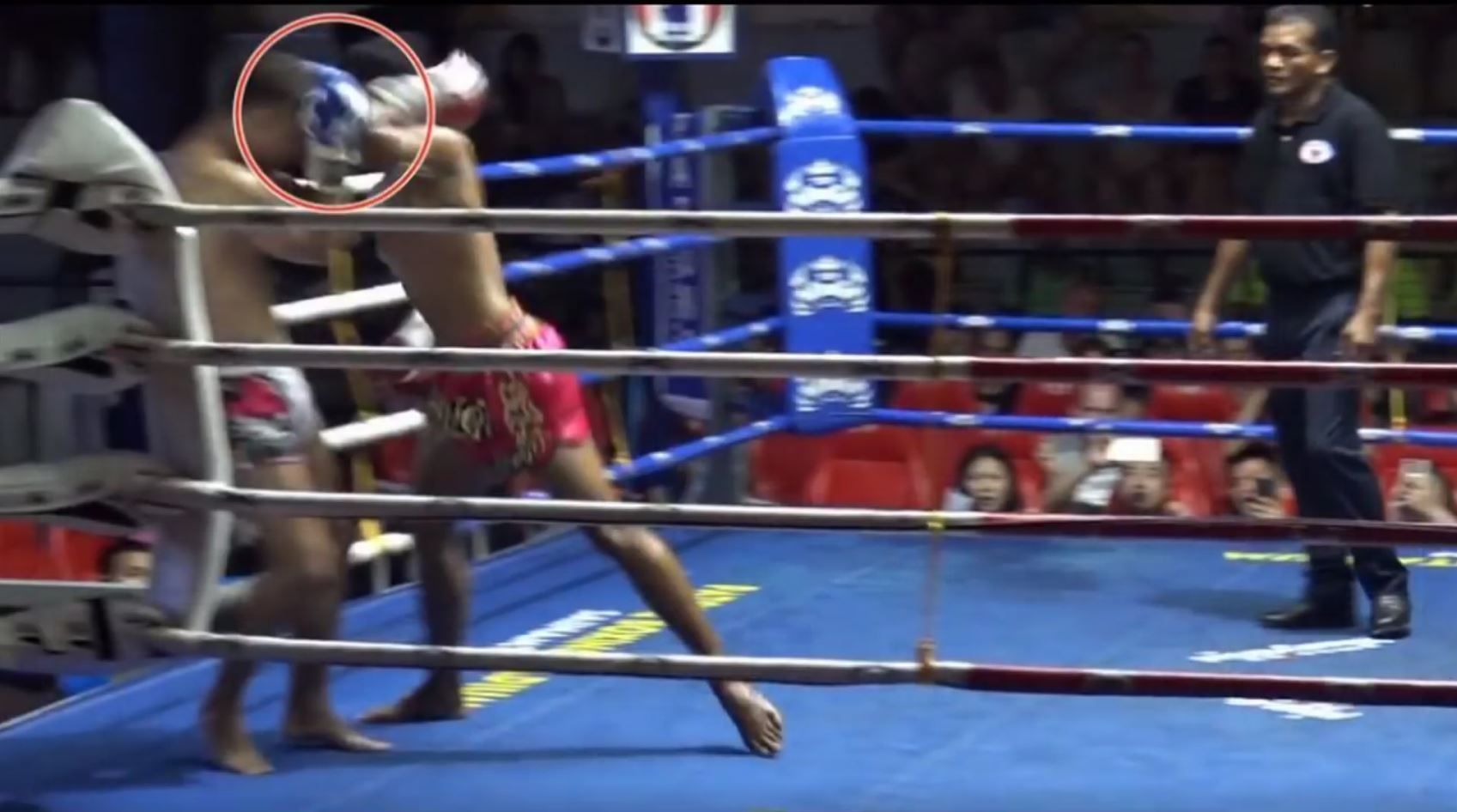 Yeah, so before everyone in the comments section starts pointing out that this is old footage, we’re just going to mention the numerous references to that right now. Okay, with that done, let’s get down to business.

So, Jeremy, the bloke who ends up with an elbow shaped hole in his forehead really knew he was involved in a Muay-Thai fight when his opponent delivered a devastating elbow to the forehead. You can see the strike in the video and all we really have to say about it is, “Crikey! That’s a bit bloody hekkers.” 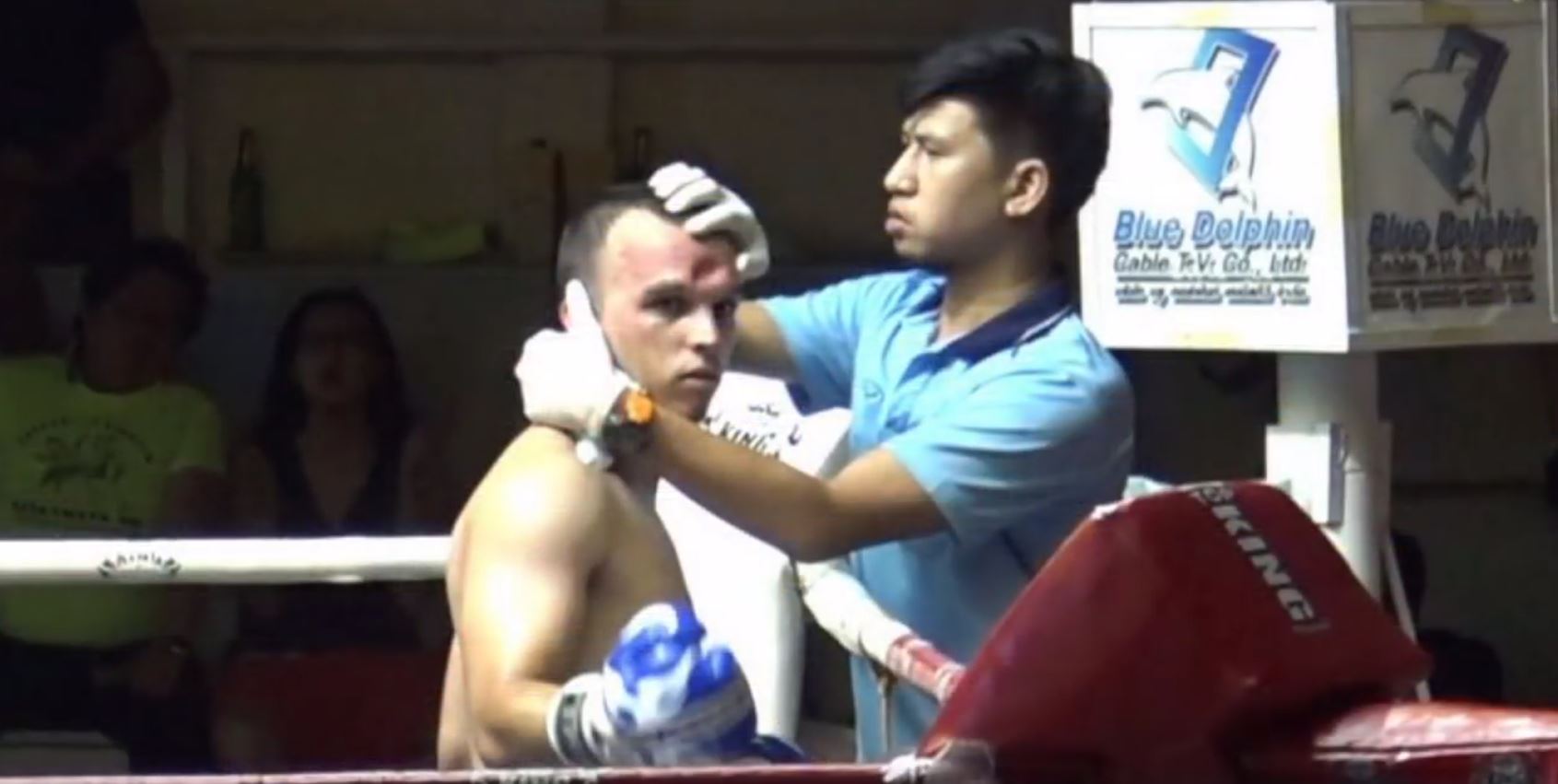 Anyway, the fight goes on and you can see the hole in Jeremy’s head isn’t bothering him a bit. He’s just like, “Yeah, nah, that’s what we’re here for, bro.”

Of course, the referee eventually gets a bit cluey and he’s like, “Bloody hell, Jezza, why didn’t you tell us you had a forehead with the consistency of a wet sponge.”

So, they stop the fight and you can see the doctor in Jeremy’s corner looking at it like he can’t explain where it came from. And, to be fair, that’s because Jeremy looks like a trodden-on ping pong ball at that moment in time. 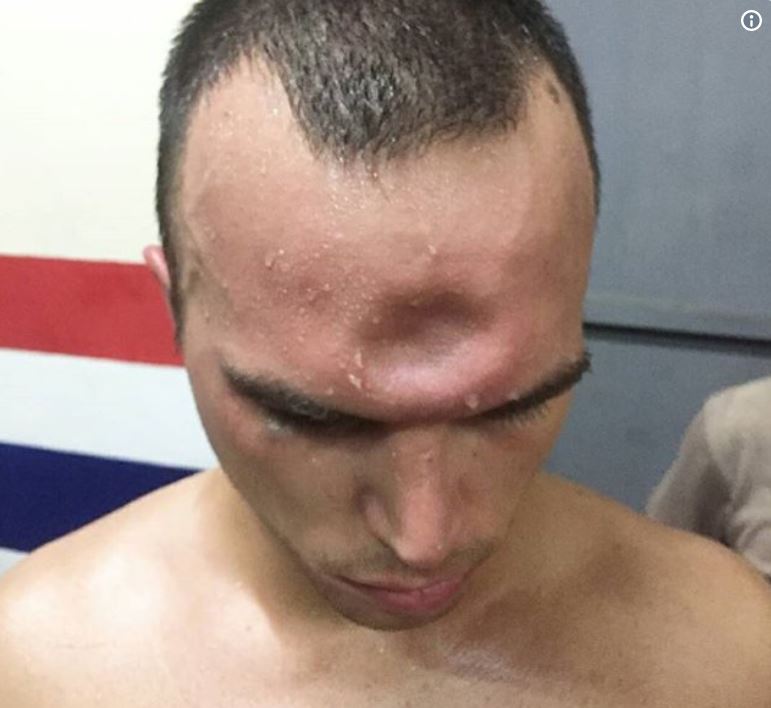 When it happened, the world media got the lowdown from Johnny Betts, a pro fighter who was there on the big night. He told us Jeremy had, “No brain injury and he was never dizzy.” He also mentioned that the dude was out of the hospital in a few days. He just had to “undergo a procedure to fix up the fracture with a titanium plate.”

So, er, yeah, it’s good to hear it was no biggie. Anyway, as we explained, we thought this one was worth a revisit after the old ‘was it the bunghole or was it the gooch debacle?’ So, we put the question forward: Would you prefer a kick in the scrote or an injury like Jeremy’s? 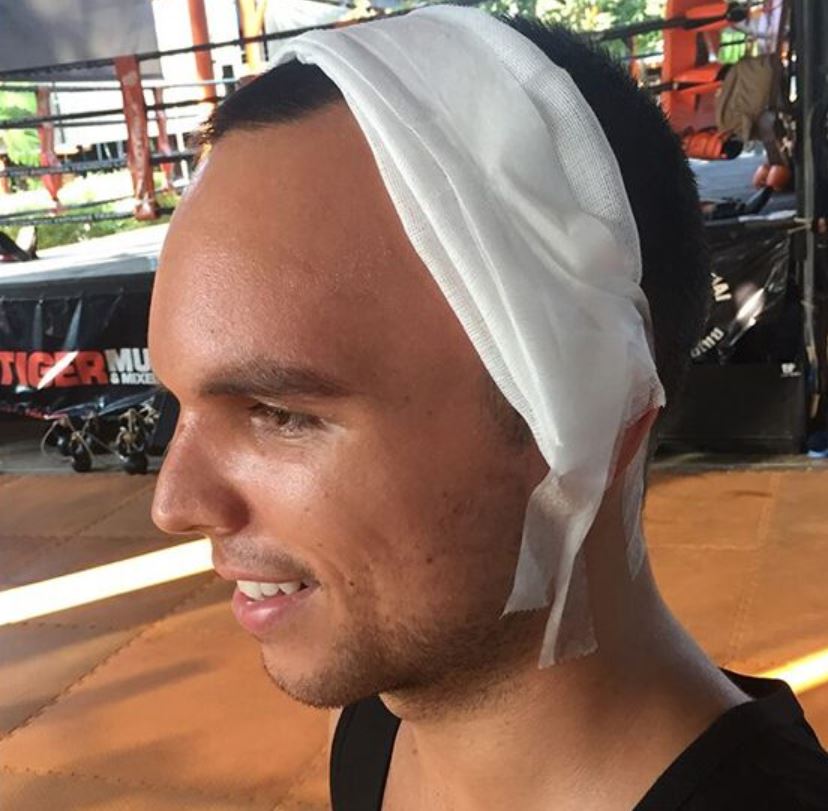 Final thought: Can you imagine if the dude throwing elbows delivered one to someone’s arsehole? He’d probably go flying right through the other side. Crikey!

Video Link: Muay Thai For You