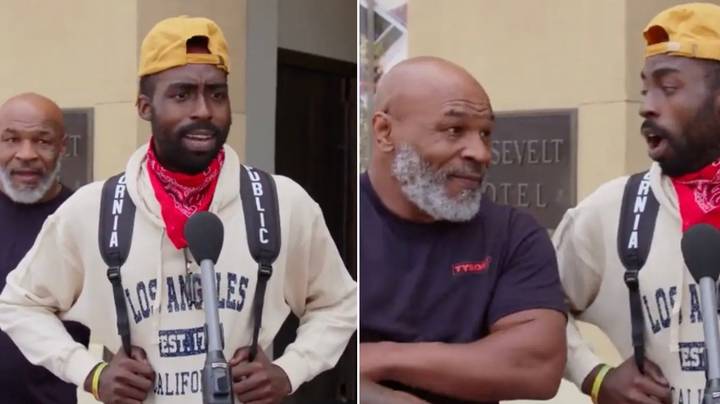 We’ve commented before on Mike Tyson’s growth from a feared boxer to a kind of revered entrepreneur and statesman of the public sphere, so we won’t go into all that right now. What we will say, though, is that the dude still has a presence. Yeah, nah, there’s no denying the fact he’s an imposing character whose reputation can strike fear into pretty much anyone. Just ask the guy talking s**t about his face tats right in front of him…

Love or hate Jimmy Kimmel, you’ve gotta admit that he knows how to set up a prank. Fair dinkum, he’s something of a master at putting people into awkward situations and filming the chaos that ensues. That’s why we always reckon his practical jokes are worth a watch. 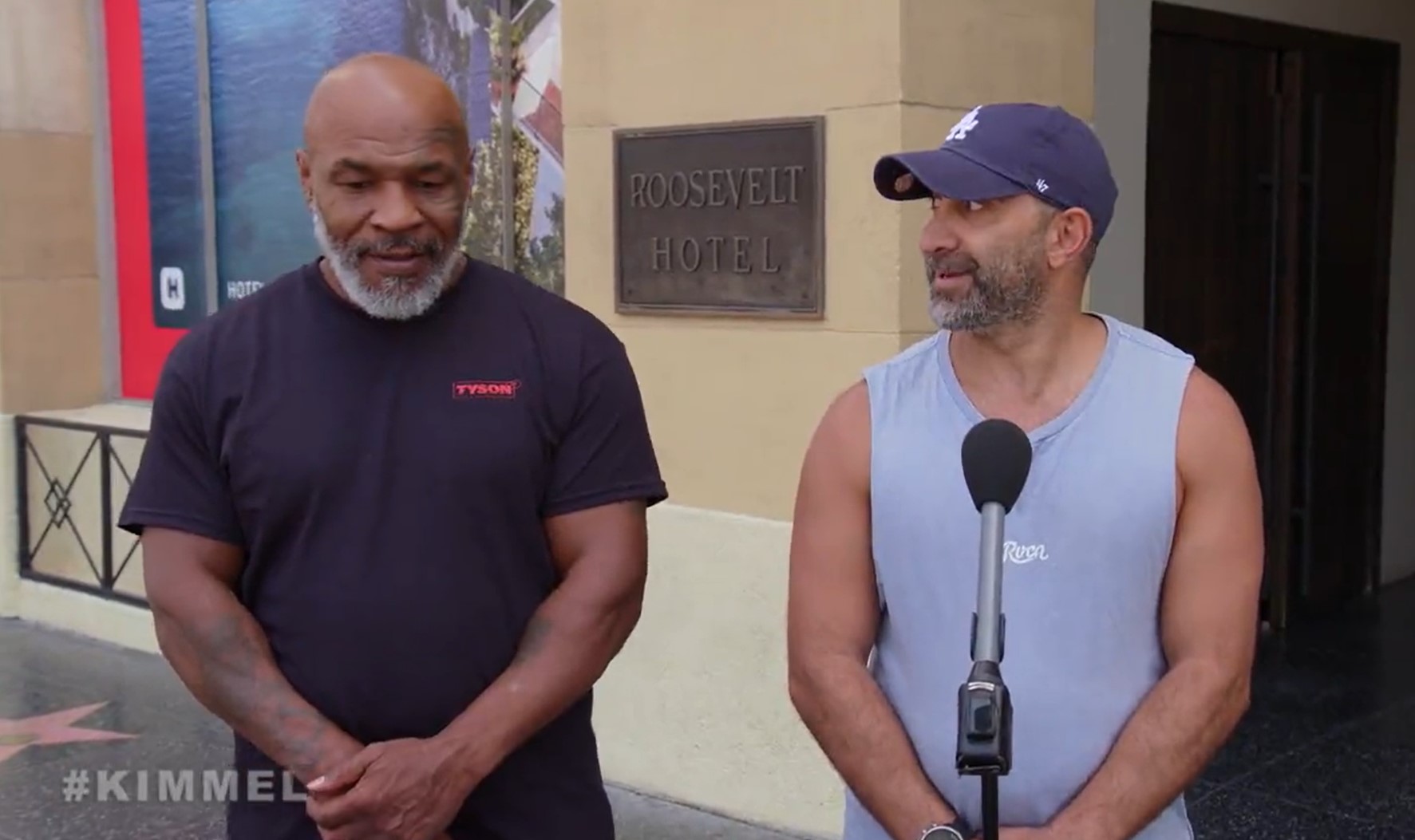 This time, he was vox-popping members of the public with questions about ‘Iron’ Mike Tyson while the dude listened in. As you can imagine, the next step was to have him surprise the mark by tapping them on the shoulder and making them aware of his presence.

The whole skit was pretty much gold, but the highlight was definitely the moment a young bloke started talking s**t about Tyson’s face tats. It all started with a lovely set-up from Kimmel. “What do you think about Mike Tyson’s face tattoos?” 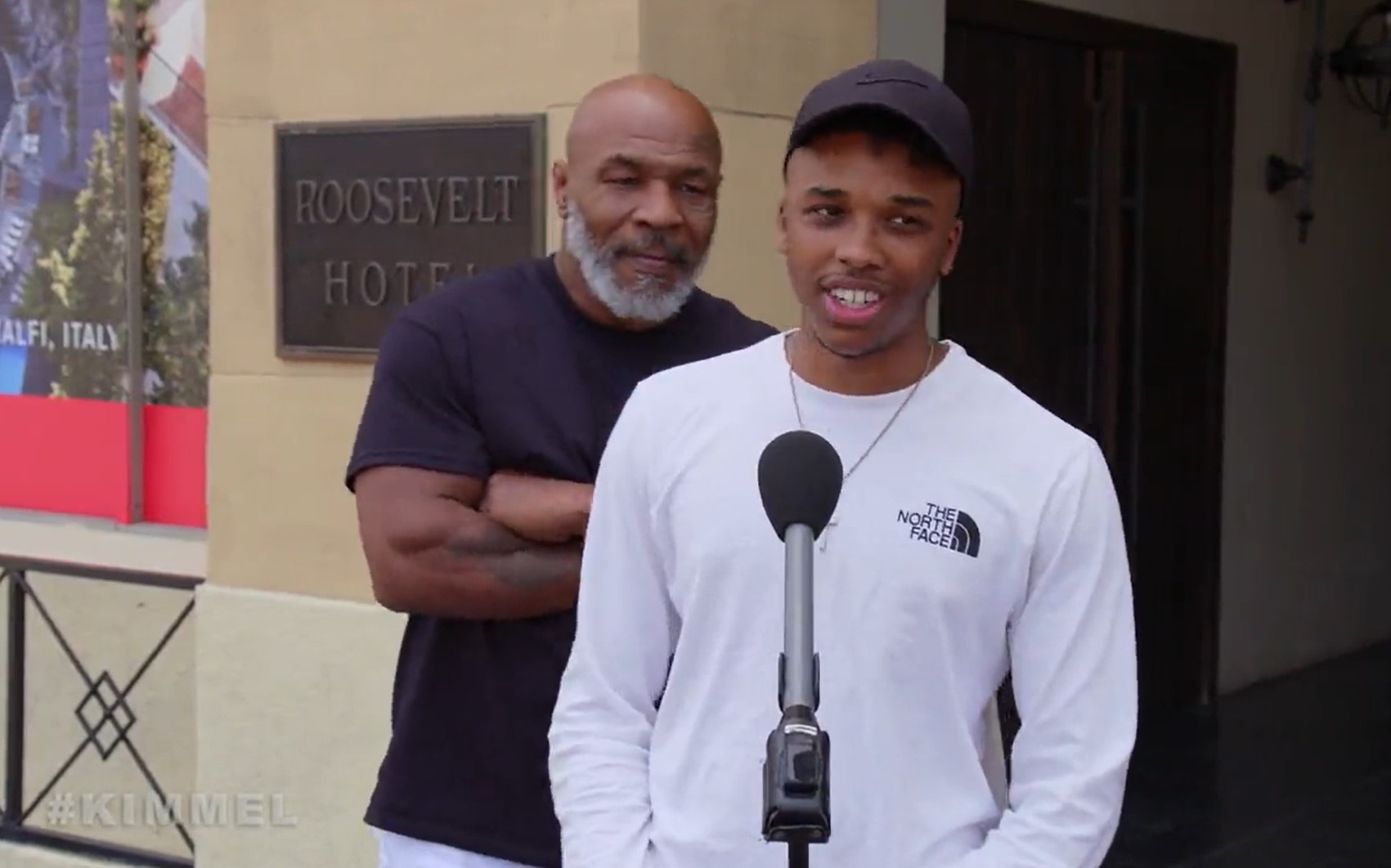 The dude didn’t hold back, saying, “They’re F**KEN Ugly. I mean, his face looked better without it. He looks like someone slapped him in the face with bad ink, you know. It’s not great.”

And that’s when Tyson appears right beside him, saying, “I wish somebody would slap me in my face!”

In fairness to the young bloke, he handles it well, laughing it off while a clearly amused Tyson laughs about it. It’s a great moment. Check it out below. 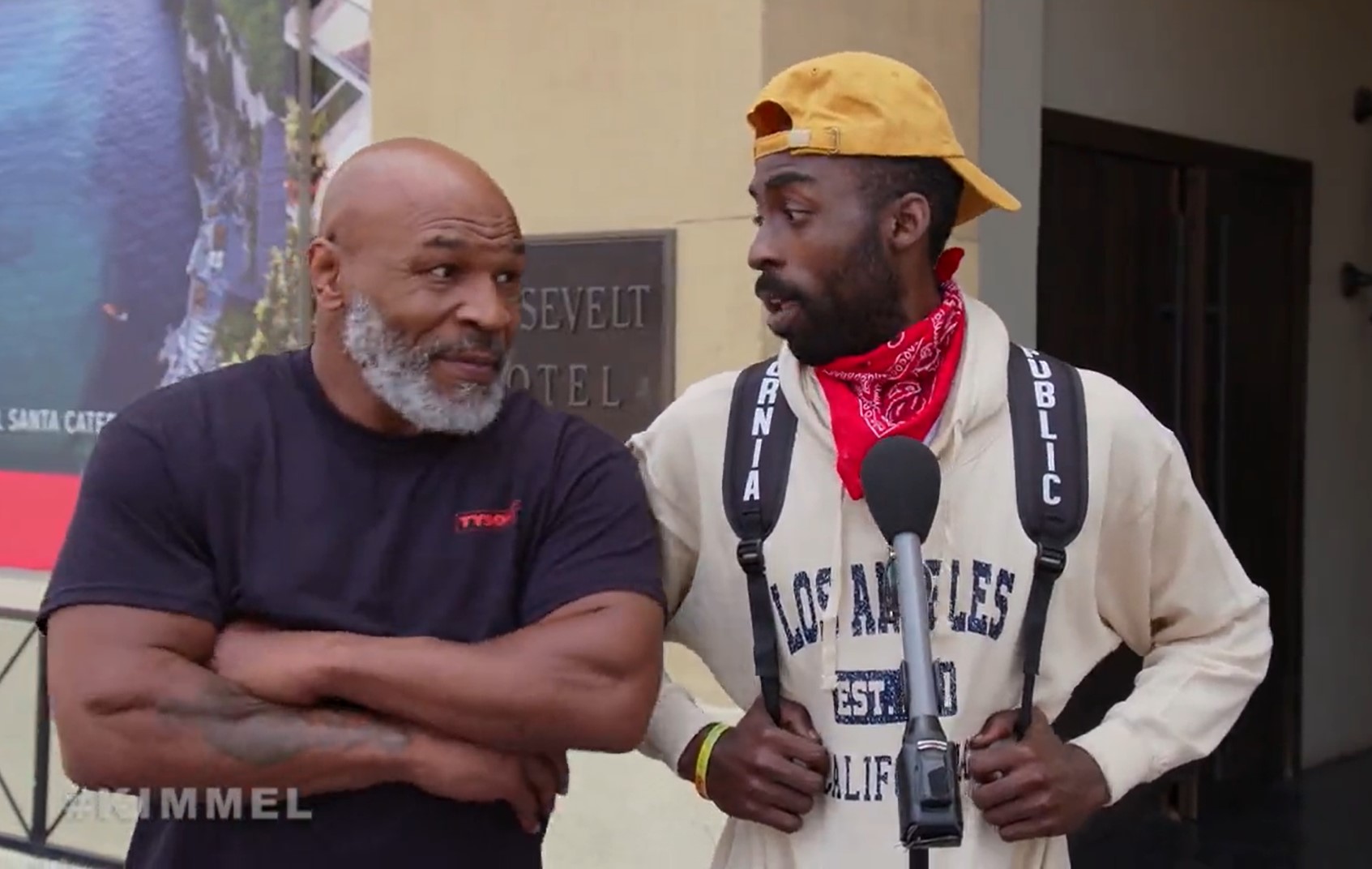 Final thought: Yeah, nah, this is probably a good lesson for everyone to not talk s**t about people. You never know when they’re gonna find out, even if you think there’s no chance about it. Anyway, with that said, what do you lot reckon about Mike’s face tattoos, and would you tell him to his face?

.@MikeTyson is right behind you… pic.twitter.com/qqcrJBTxpA