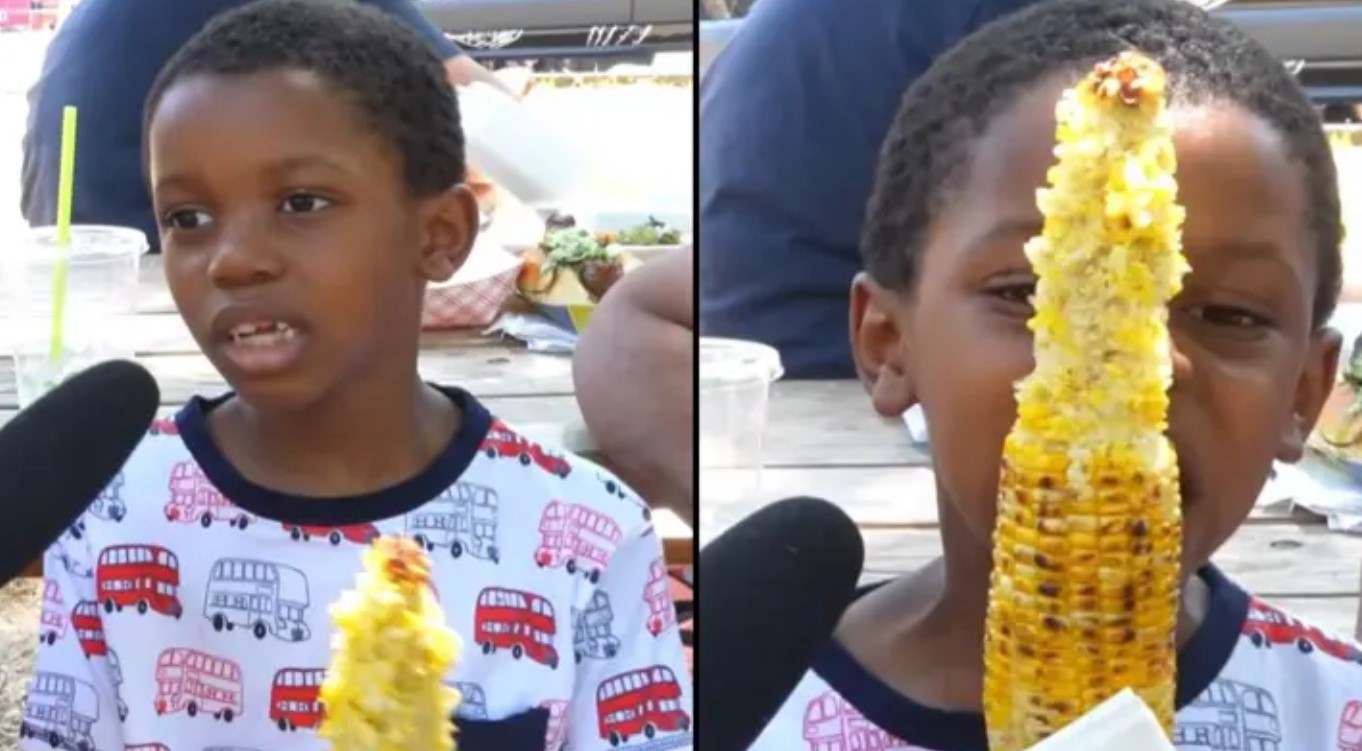 As you know, we’re often sharing videos of epic trips to Destination F**ked, hectic animal attacks, brutal street-fights, and dumb people doing dumb things. Despite that, it’s no secret we love the wholesome s**t the most. Deadset, if you ask us, the internet is at its best when we get to share in the joy of something that makes your heart sing with joy. That’s why we love this video and why we love the fact the kid could soon be making money from a new song that’s just hit Spotify.

OK, if you missed the original video, you’ve gotta check it out. In scenes reminiscent of Turtle Boy, a kid named Tariq is interviewed about his love of corn, and it’s amazing. This kid fair dinkum loves his corn.

At one point, he excitedly screams that ‘Corn is awesome!’ before describing it as a ‘big lump with knobs’ that should cost ‘one dollar’ before wishing the interviewer a ‘corntastic day’. The little bugger then insists that if ‘anyone loves corn,’ he can ‘tell them all about it!’ Yeah, nah, it’s pretty f**ken grouse.

I have been laughing for 5 minutes and I have tears streaming down my face pic.twitter.com/J4RtLq9l65

As you can imagine, this level of wholesome content struck a chord and people f**ken loved it. That’s why it didn’t take long for one TikTok user to remix the video and create a song that’s since been viewed over thirty-million times.

Due to its success, it was quickly uploaded to Spotify. Best of all, not only is the TikTok user behind the remix, @schmoyoho, getting in on those ridiculously low Spotify royalty rates, but so is Tariq himself.

Recess Therapy posted a 47 second clip of the song, saying, “We’re so excited to announce that, in partnership with Tariq, his family and @schmoyoho — we’ve launched ‘It’s Corn’, the official song of this crazy corntastic moment we all created together!’

They also announced that, “All proceeds are being split with Tariq and his family. So, please support and give it a listen! It’s streaming everywhere.”

I think we may have the way to world peace

Enjoy this thread of corn bops of a variety of genres

Final thought: As we said, we love a good news story, and this is one of the better ones we’ve seen lately. F**ken jump on the bandwagon and give the song a listen. It’s for a great cause, and it goes to show that good news always trumps bad news!

These days, it seems like every bloody social media celebrity is getting into MMA or boxing, so it was probably only a matter of time before Zuckerberg, the prototype social media owner, got in on the act. And wouldn’...

We don’t know about you folks out there in the comments section, but we’re all about personal boundaries and respect here at Ozzy Man Reviews. Yeah, nah, we reckon consideration for others is the greatest thing on ear...