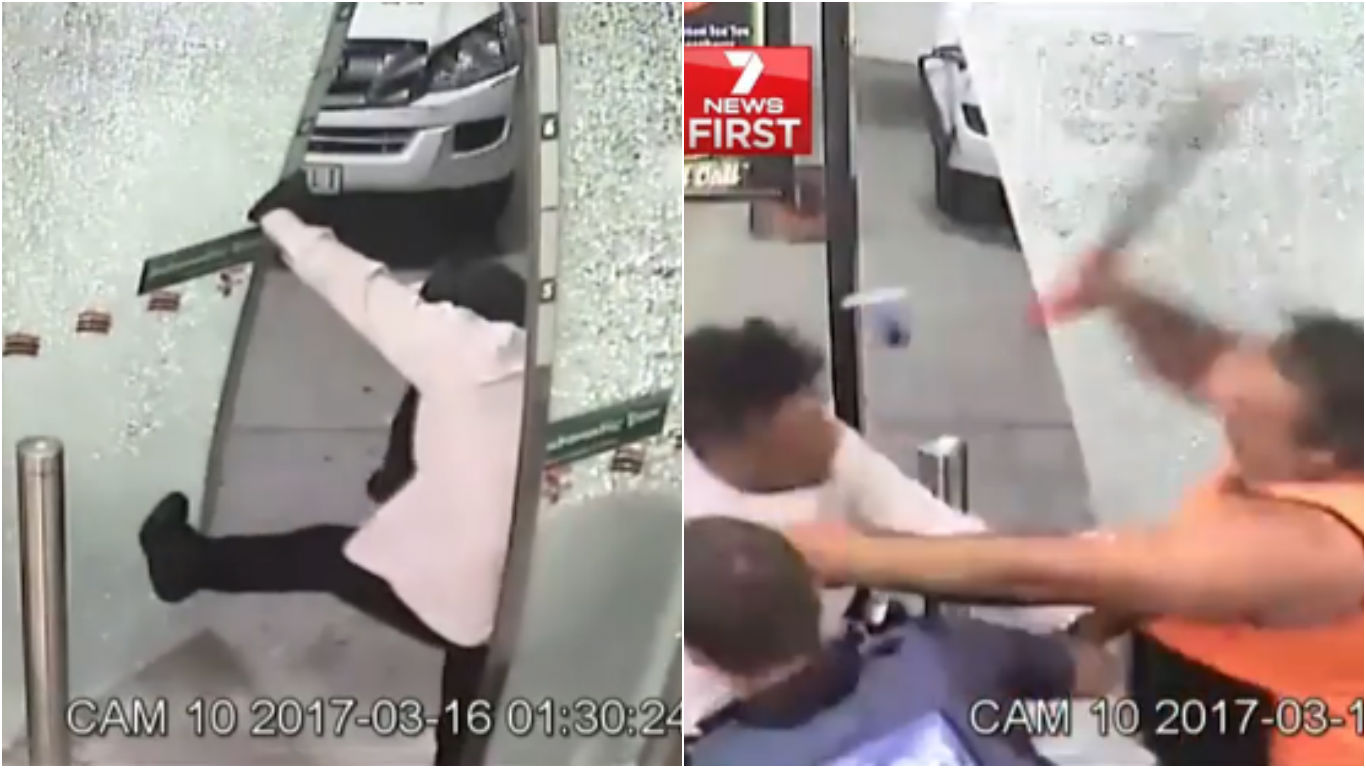 Two truckies in Yarraville have proved that the only reason they drive their eighteen wheeled rigs is so that they have something to drag their huge cajones around in.

If you’ve ever done a late night road trip, you know that those greasy, undercooked servo pies sitting under bright heat lamps are going to help you through the night. Some of those things look like they probably even have a pulse, or have developed sentient life. Whatever the case, a man deserves to get his pie and get back on the road, without a hassle.

Rocking up to the Yarraville 7-Eleven service station in the early hours of the morning, likely on the hunt for the classic Red Bull and Four N Twenty Pie combo. Too bad for these two truckies, they’ve just wandered up to see some absolute turkey in a white ute try to ram raid his way through the front doors of the servo. The bloke takes out a sledgehammer and bashes his way through the glass doors, scaring the lone employee so much that he legs it into a back room. Soon the thug starts trying to crack open the cash register, as the two hero truckies wander their way into the servo, one armed with a crowbar. The truckie with the crowbar takes a pretty lethal swing at the thief through the wires of the front counter but misses. The thief, who turned out to be out of control on drugs, tried to run away even after copping an absolute torrent of capsicum spray to the eyes. Check out the footage of the truckies trying to stop the robbery at Yarraville 7-Eleven over the weekend. The absolute best part comes at the end!