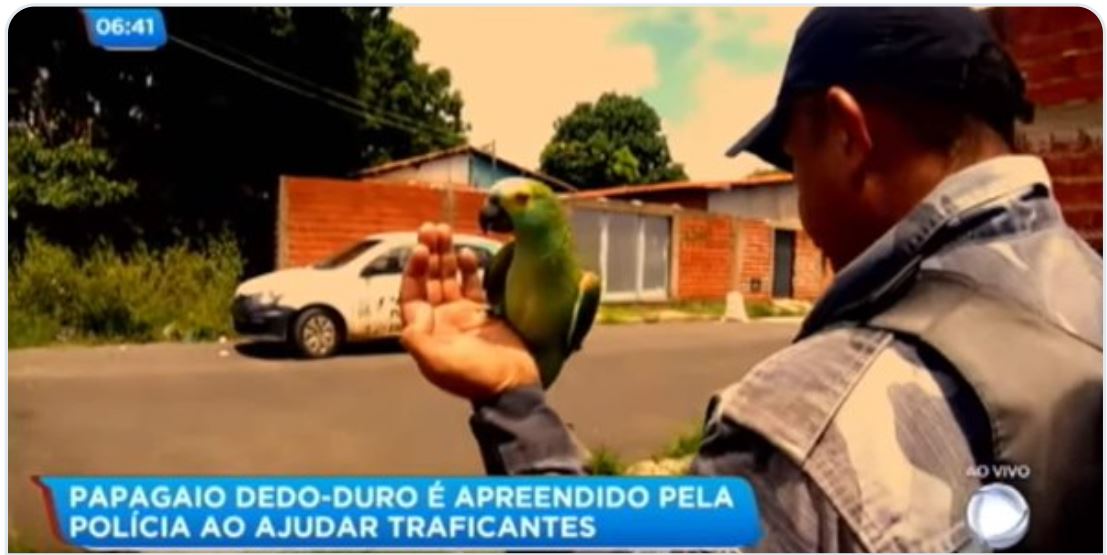 When it comes to literature and urban legend, the kinds of animals crack-dealers use to guard their premises from the authorities are typically pretty f**ken large, pretty f**ken ferocious, and pretty f**ken lethal, but a recent drug-bust in Brazil flies right into the face of that idea. These cheeky buggers were using a trained parrot to keep watch for the cops and to sound the alarm when it saw them coming. Unfortunately for the unnamed parrot, it’s been taken into police custody – along with its crackhead owners.

For a bit of context on this bit of shenanigans, we need to take wing and head to the region of Piauí in Brazil.

That’s exactly where police preparing to raid a suspected drug den were shocked when they heard the parrot screaming, “Mamãe, polícia!” If you’re not too much for translations, that means, “Mama, police!” 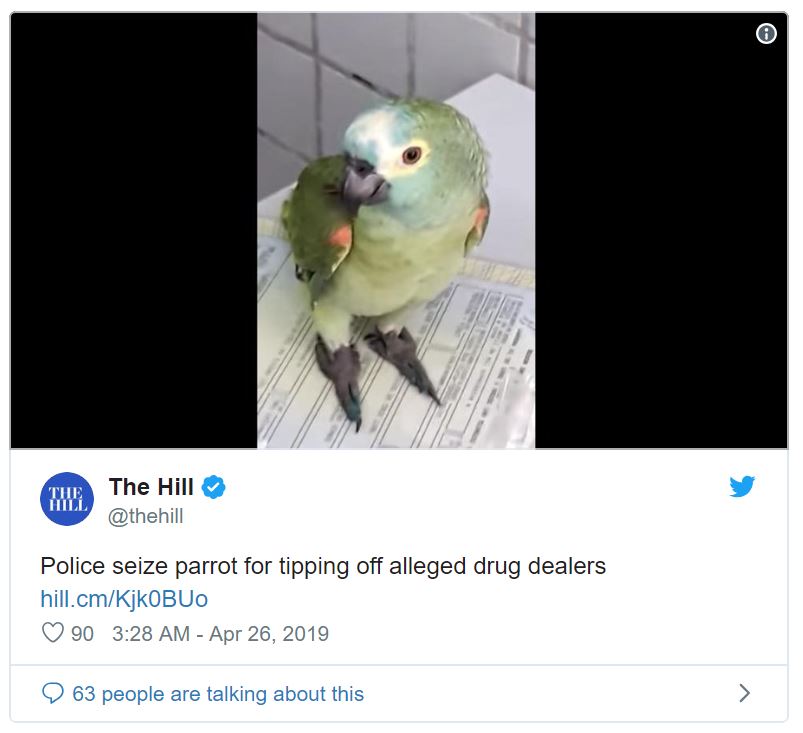 Perhaps bolstered by this ironic confirmation of their suspicions, the police managed to arrest the bird’s suspected crack-dealing owners, a man and a teenage girl. 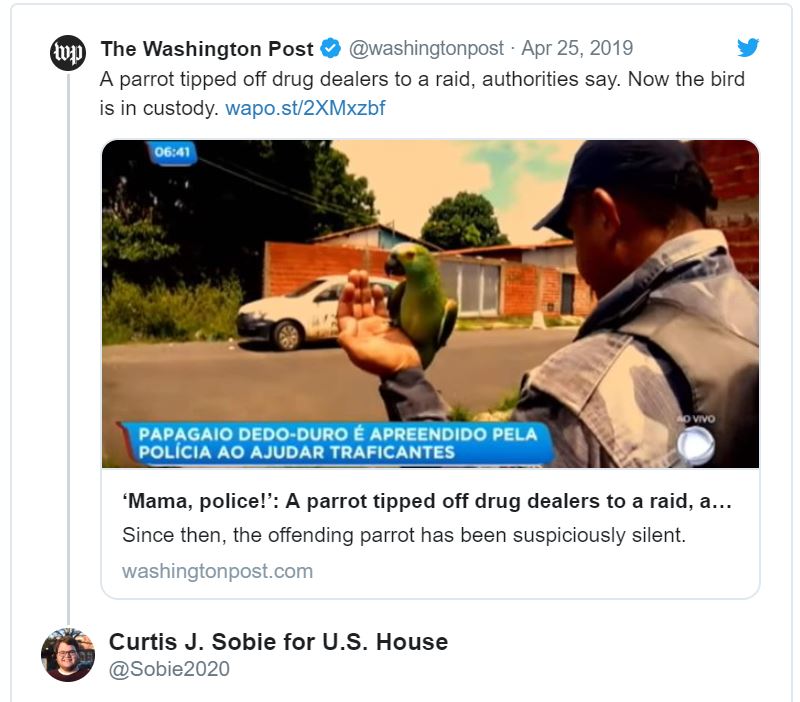 An officer involved in the arrests told journalists, “He must have been trained for this. As soon as the police got close, he started shouting!” 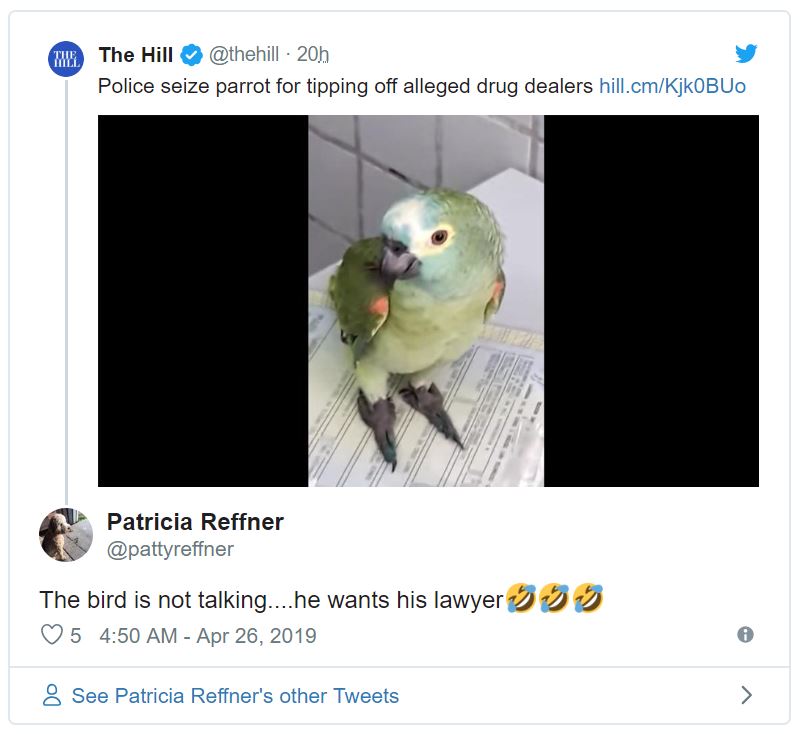 While the bird is also in police custody, it’s proved to be a tough nut to crack and has yet to sing like a canary. So far, it’s kept pretty f**ken quiet.

One journalist who’s met the bird said, “So far it hasn’t made a sound … completely silent.”

The “papagaio do tráfico,” or “drug trafficking parrot,” as it’s been dubbed by local media, will soon be released to a local zoo. It’s expected that it will be released into the wild once it’s been taught to fly. 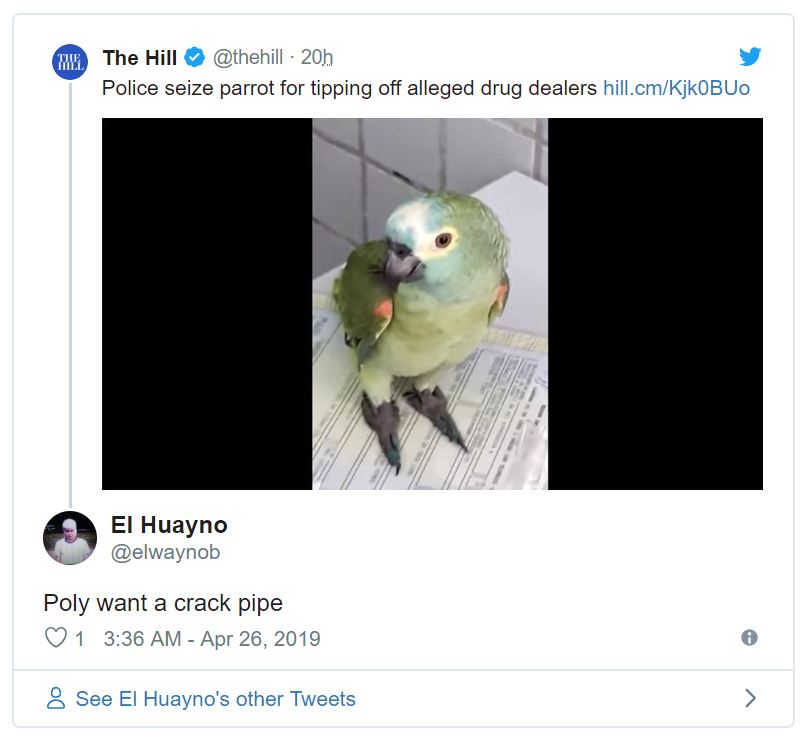 Final thought: Let’s just hope this bird isn’t really the evil mastermind of it all. We certainly wouldn’t want it breaking into the prison and coordinating an epic jailbreak. Ah, f**k it, who are we kidding? Of course we would. Someone crank the Acca Dacca, we really need this to happen. Come on, Parrot, you can do it!