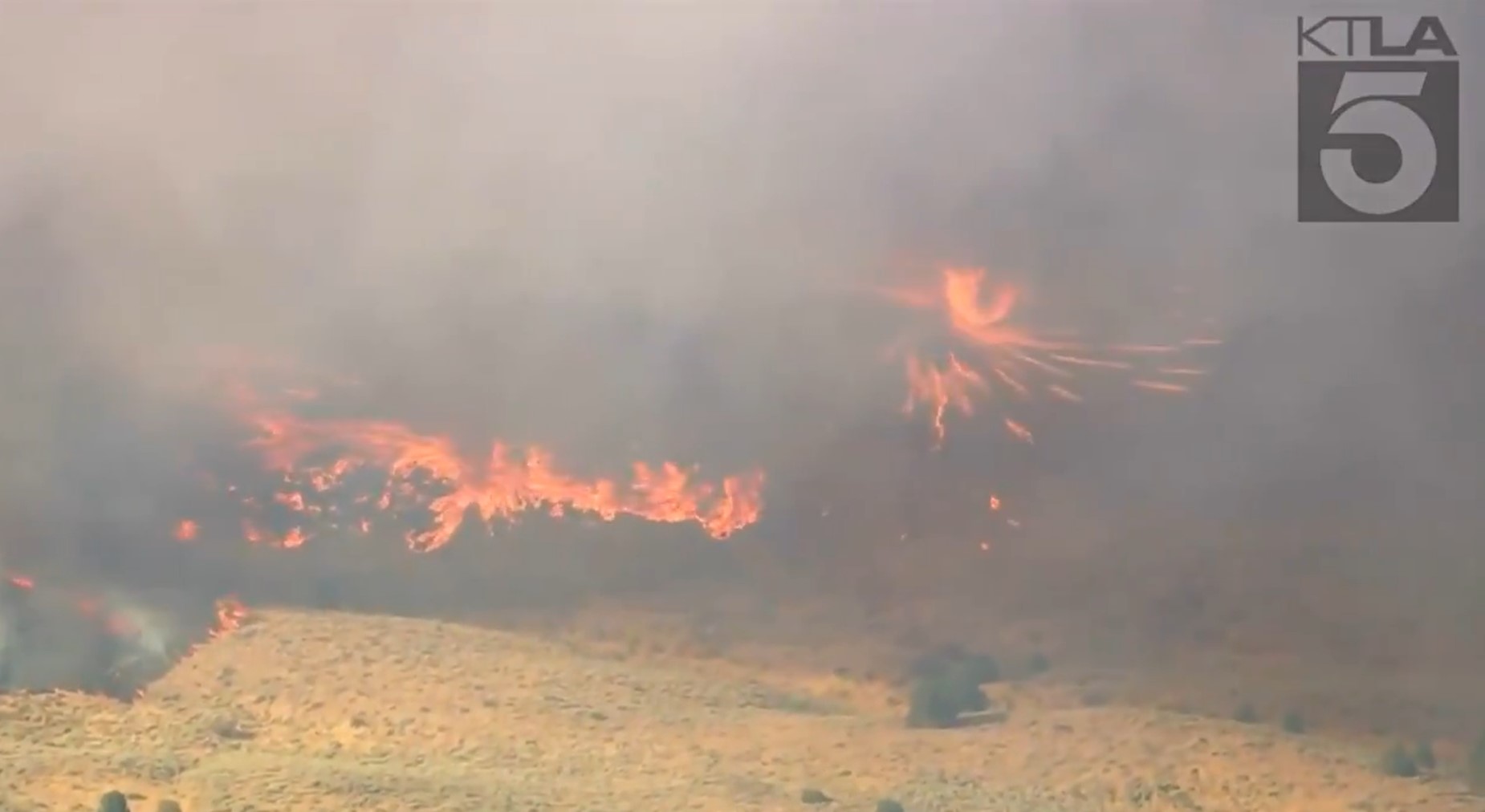 Fire is a f**ken fickle beast. At times, it’s man’s best friend, separating us from the animals and ensuring we maintain dominion over the land. At other times, though, it’s a real s**tc**t. Yeah, nah, sometimes fire wants to show us who’s boss. When it does, the cost can be devastating.  Nah, yeah, when the flames really get cooking, they put on a mighty show and when there’s enough wind and enough fuel, they can even become fire tornadoes.

Before we go on, we wanna be clear here and let you know we’re not celebrating some horrible fire that resulted in the death and destruction of people and property. Nah, fortunately, no one was hurt by this raging conflagration, and we couldn’t be more grateful. 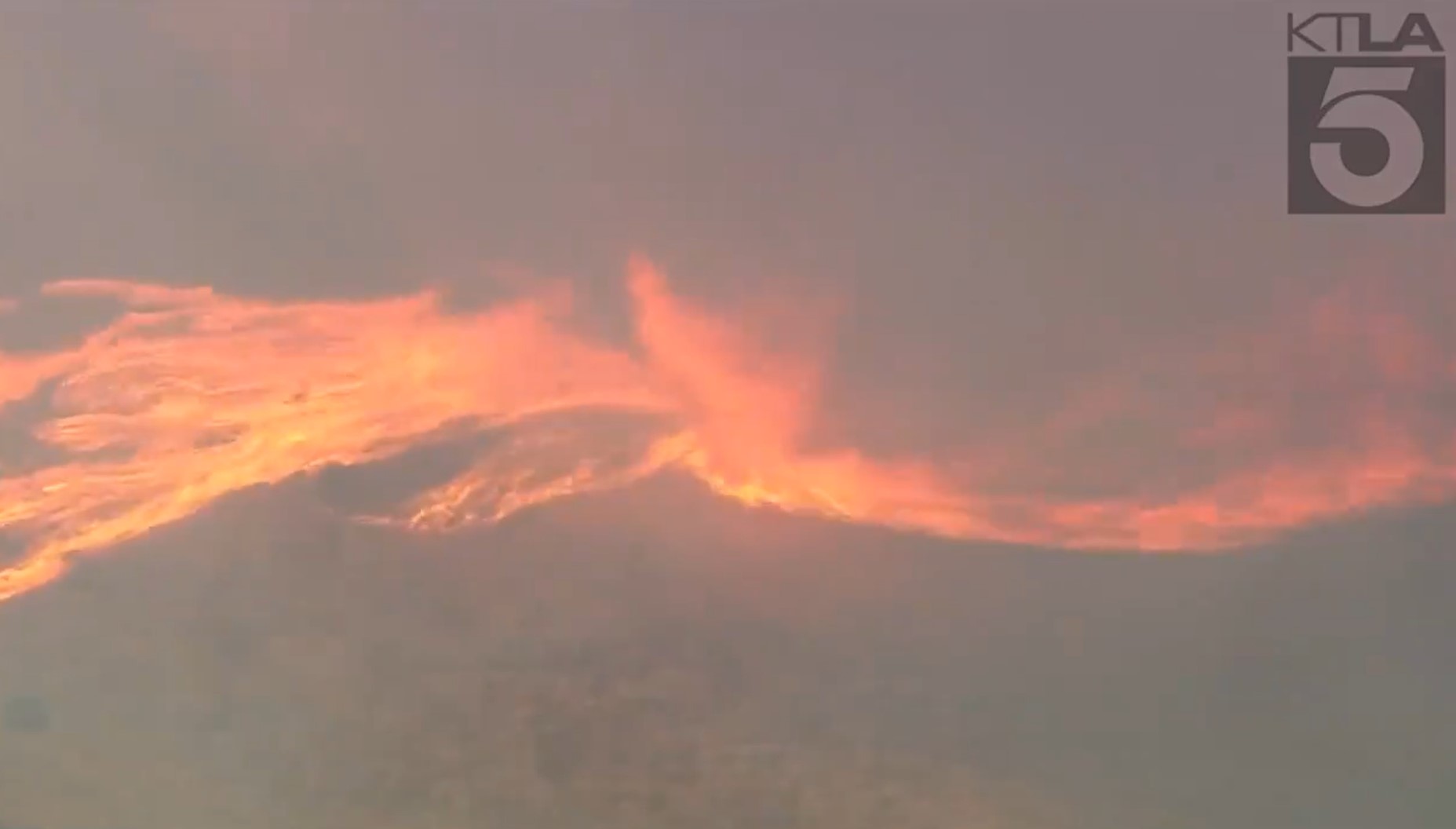 Basically, parts of LA are on f**ken fire again, and firefighters have been going toe-to-toe with a fast-moving fire that’s torn across open terrain in northwestern LA. As part of the ongoing battle, the fire decided it was gonna put on a bit of a display and show people exactly how impressive it can be. 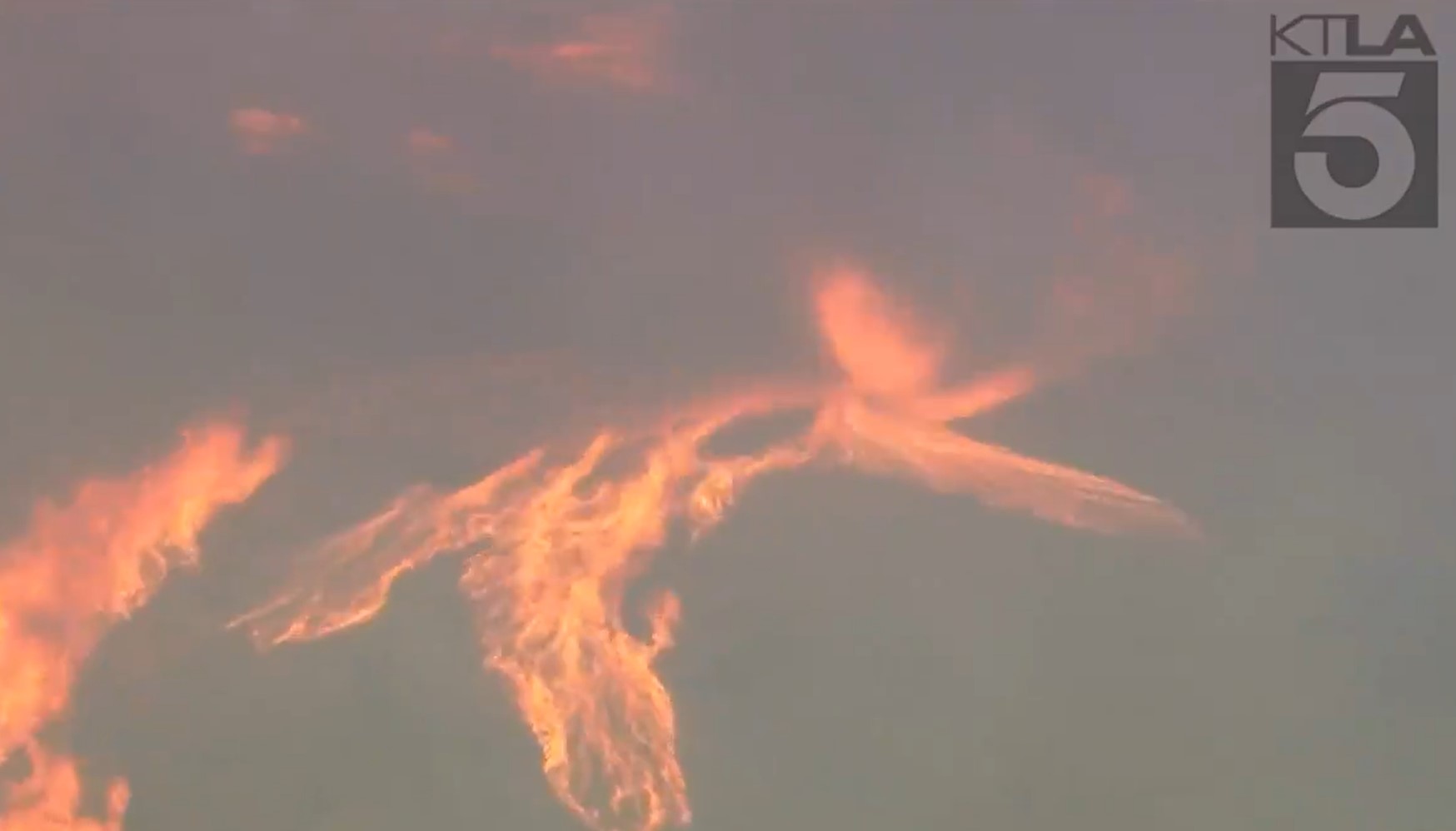 Thankfully, cameras were on-hand to catch the inferno unleash a fire tornado. The Sky5 news team caught the amazing moment on film, and if you’ve never seen one, it’s well worth a squiz. 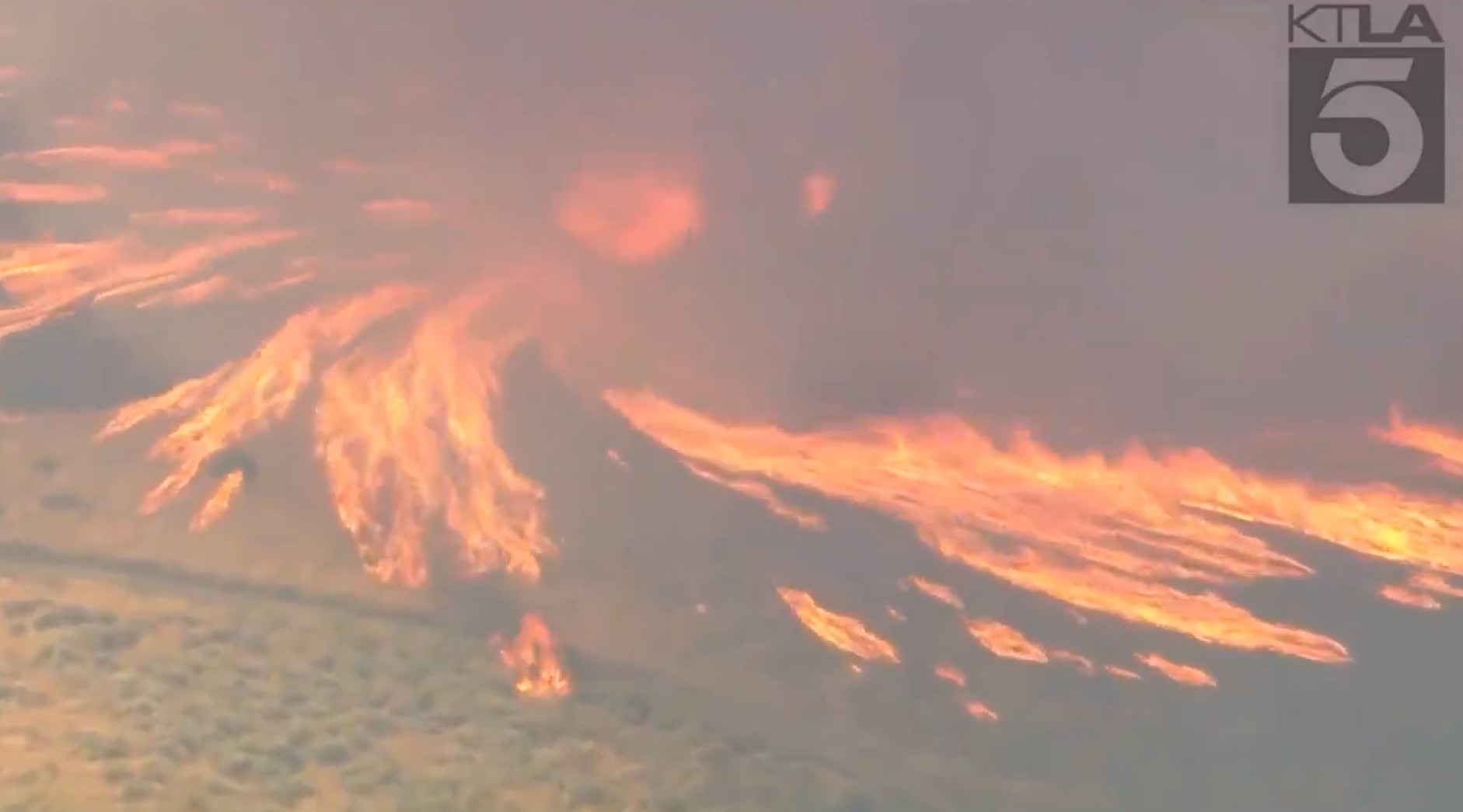 According to KTLA, “Fire tornadoes occur when extreme heat meets turbulent wind conditions.” Apparently, “the vortex of the tornado sucks in combustible gases and burning debris.” The resulting eruption of fire is the kind of thing you have to see to believe. 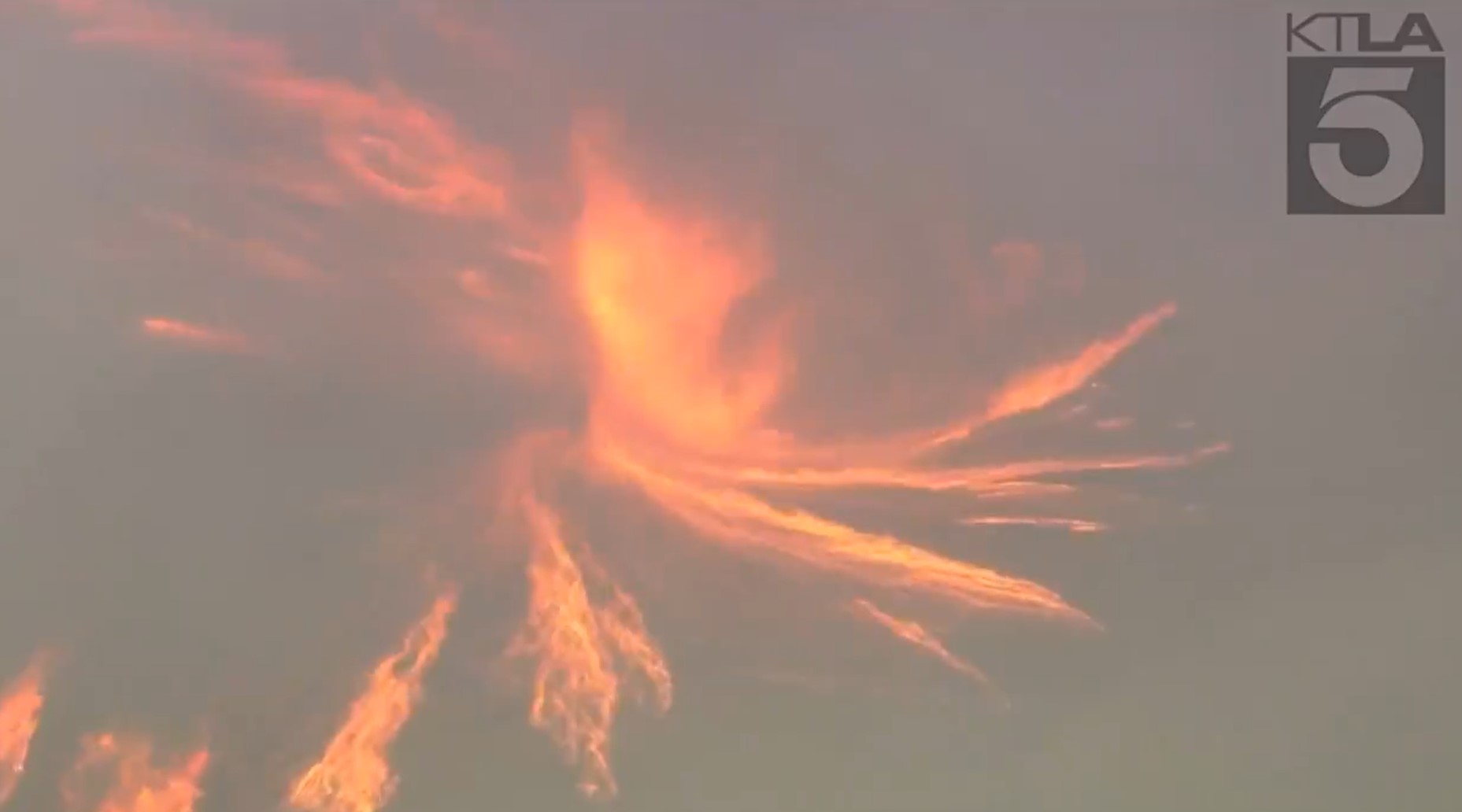 Check it out below.

Final thought: Yeah, look, on this occasion, we just have to put our hands up and be impressed at yet another display of power from Mother Nature. Yeah, nah, this undoubtedly deadly phenomenon sure is an impressive thing to see!

Just in case you missed it, here’s one of Ozzy’s latest commentary videos…Oxygen is Overrated – Destination Perfect #4