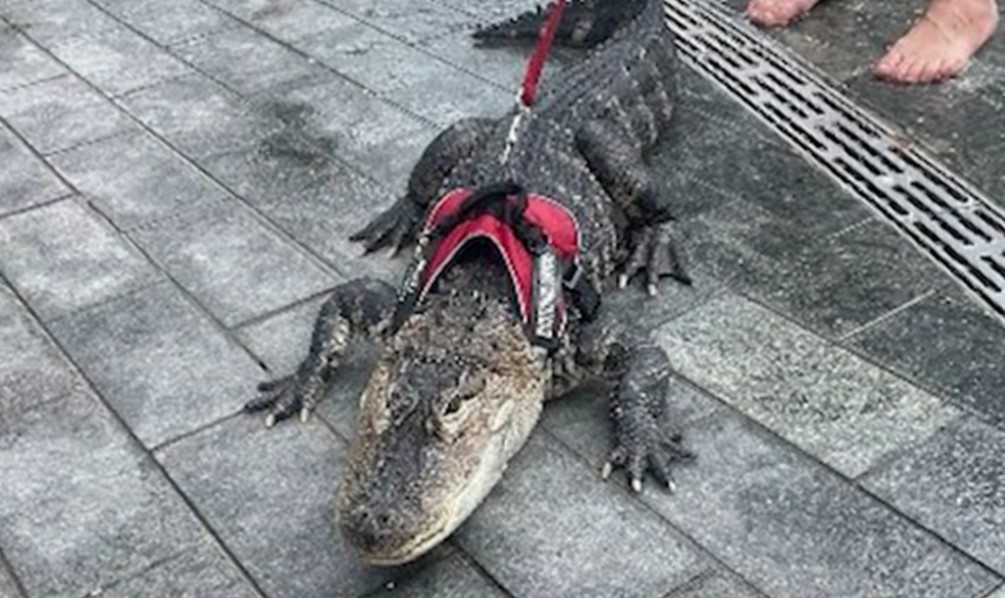 If you’re anything like us, you probably hear the word alligator and think about a huge man-eating reptile. You know what, though, we shouldn’t do that. Yeah, nah, it’s stereotyping and that s**t’s bad. Because, let’s face it, alligators aren’t as grumpy and angry as our salties (even if they can still be bloody terrifying and lethal). But yeah, fair dinkum, some alligators are loveable. Just ask Joie Henney and his emotional support alligator Wally.

Just recently, Joie and Wally, who seem to be well-known in internet circles, spent a day at Philadelphia’s Love Park water park and people bloody loved it. Yeah, nah, the two of them chilled the f**k out while Joie shared images of Wally on a leash, greeting visitors, and cruising through the park.

Apparently, Henney and Wally met six years ago. Henney, a former reptile rescuer, was contacted by an old mate who needed someone to take care of a ‘nuisance alligator’. Funnily enough, that ‘nuisance’ was Wally.

Fair dinkum, we’d be lying if we said we weren’t jealous. Henney, who’s been undergoing treatment for cancer, was so thrilled with Wally’s affable nature that he had him classified as an emotional support animal.

He reckons he’s not worried about the chances of Wally biting someone. He says, “”Wally is the only gator I’ve ever been around that refuses to bite.”

Final thought: We f**ken love this. Yeah, nah, we want an emotional support alligator. Still, let us know what you reckon in the comments section. We’d love to hear your thoughts.

Just in case you missed it, here’s one of Ozzy’s latest commentary videos…Dodgy Doors