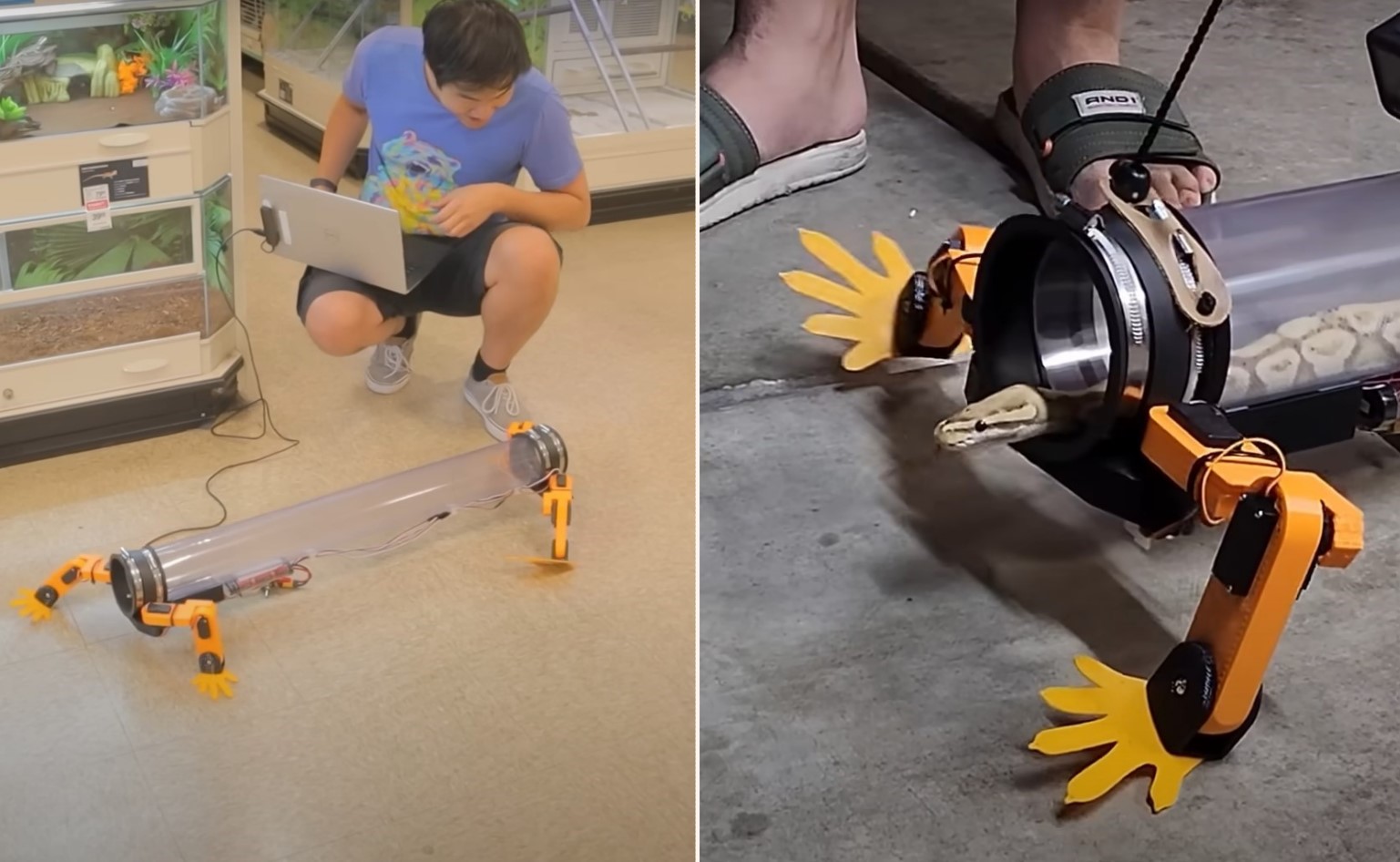 As you lot are no doubt aware, we bloody love snakes here at Ozzy Man Reviews. Yeah, deadset, our country’s renowned for playing host to tonnes of the legless little buggers, and as typical Aussie blokes who sometimes like to get legless ourselves, we have a bit in common with them. Still, with the help of Allen Pan, the mastermind behind this video, that s**t could be about to change. Check it out…

All right, you big bloody bewdiful legends, we’ll give you the gist of it and a bit of context, and then we’ll get to business. As you can tell from the headline and blurb, Allen’s a good sort who built robotic legs for a snake. 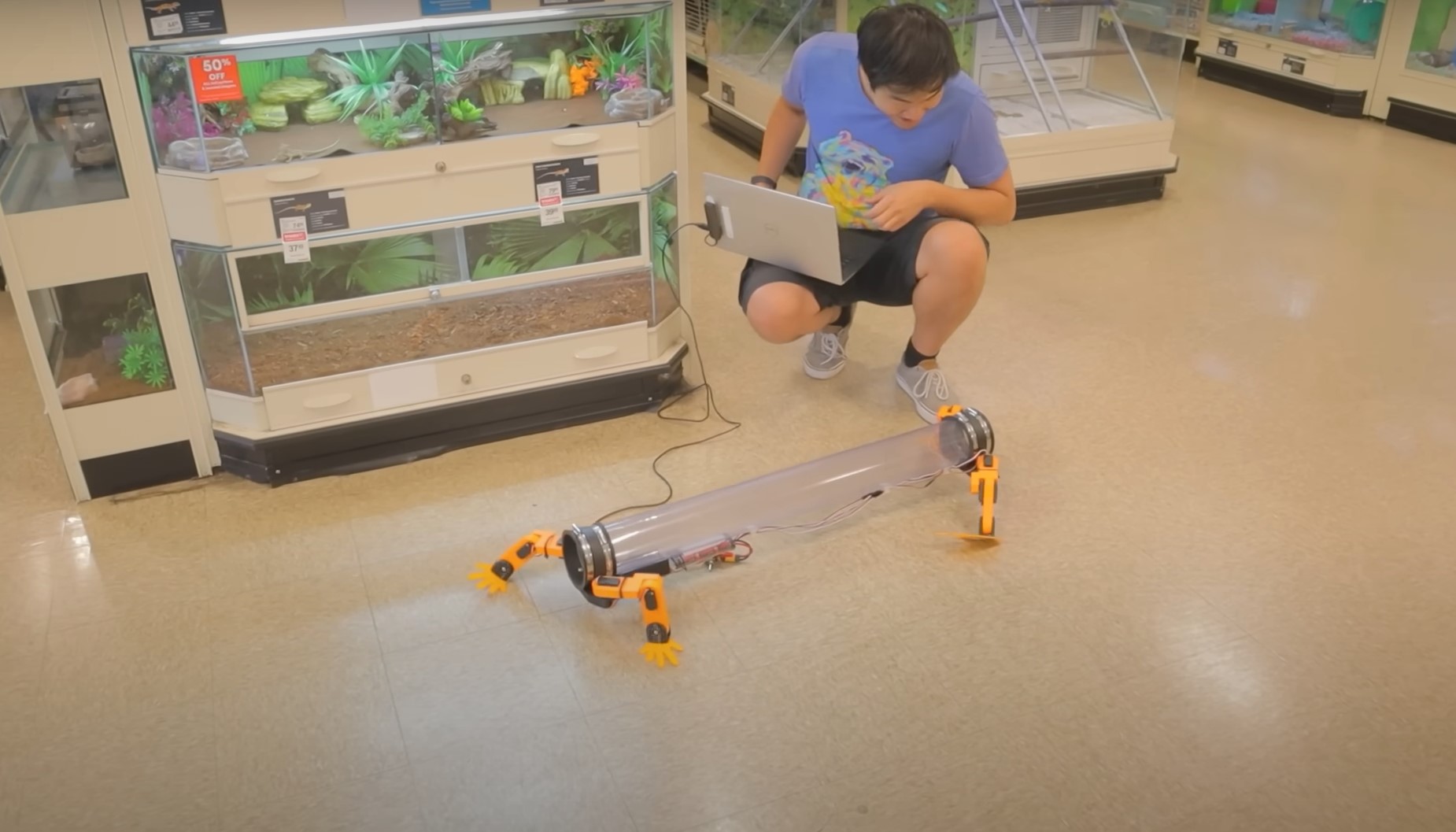 The reason he’s done this is a little more convoluted. Essentially, he was accused of not ‘loving’ snakes. Now he’s trying to prove he’s a snake lover – and the best way to do that is by giving them legs. 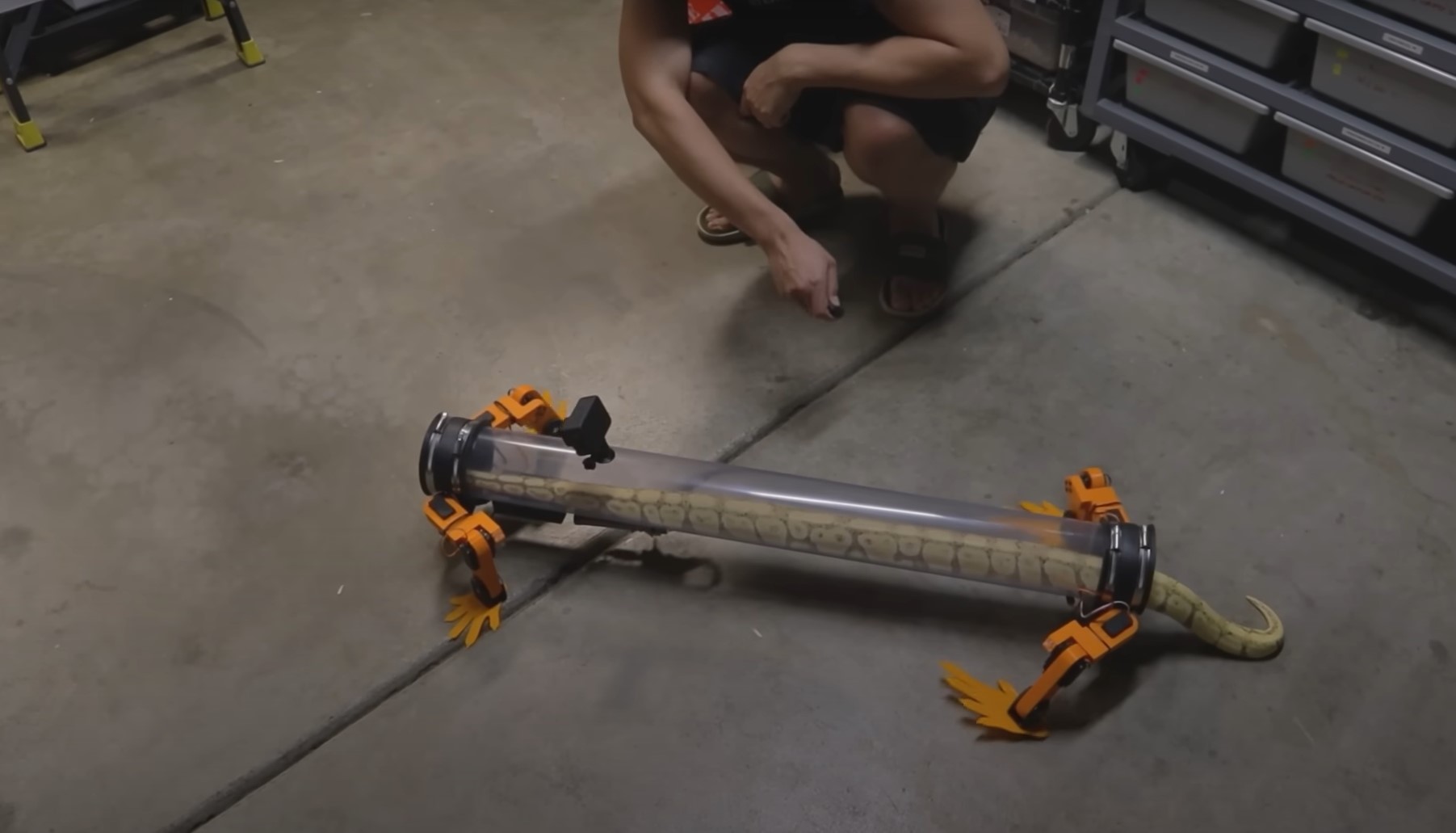 To get things moving, he had a squiz at lizards so he could replicate their movement. As he says in the video, “They don’t really walk like mammals do. They kinda have a sideways, alternating kinda gait.”

Once he had that down pat, and armed with the knowledge that at one point in their evolution snakes had legs, he was able to “reconstruct how a snake might walk if it still had legs.” 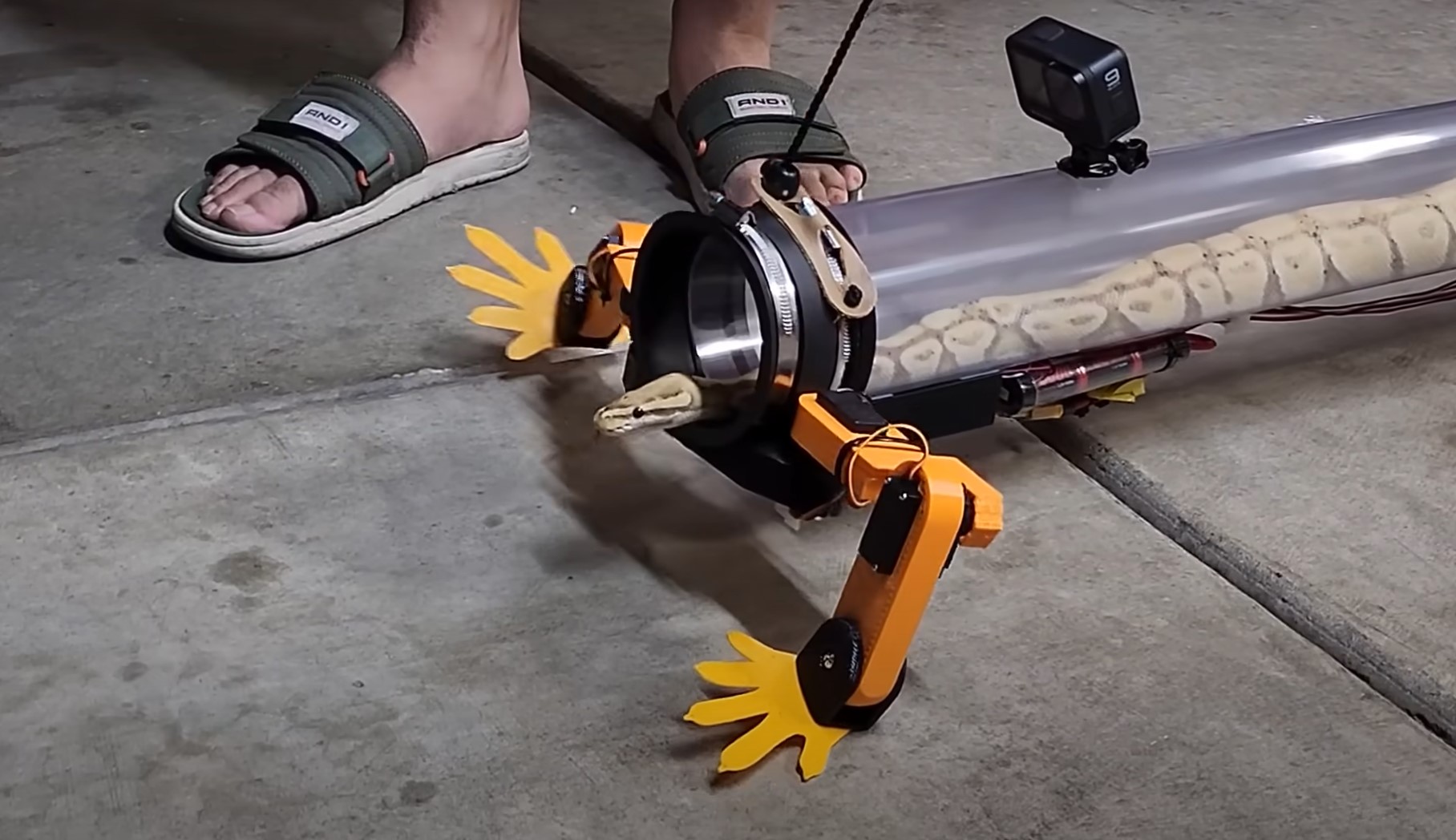 From there, it was all plastic tubes, coding, and a clever little design that enabled the snake to enter the tube of its own free will and be taken for a ride. Yeah, nah, unfortunately, the snake doesn’t control the legs, but this is still a great little experiment and a fun bit of content.

Once he finds someone who’ll let him borrow a snake, the experiment is put to the test. Wouldn’t you f**ken know it, he gets a snake to ‘walk’. Check it out. 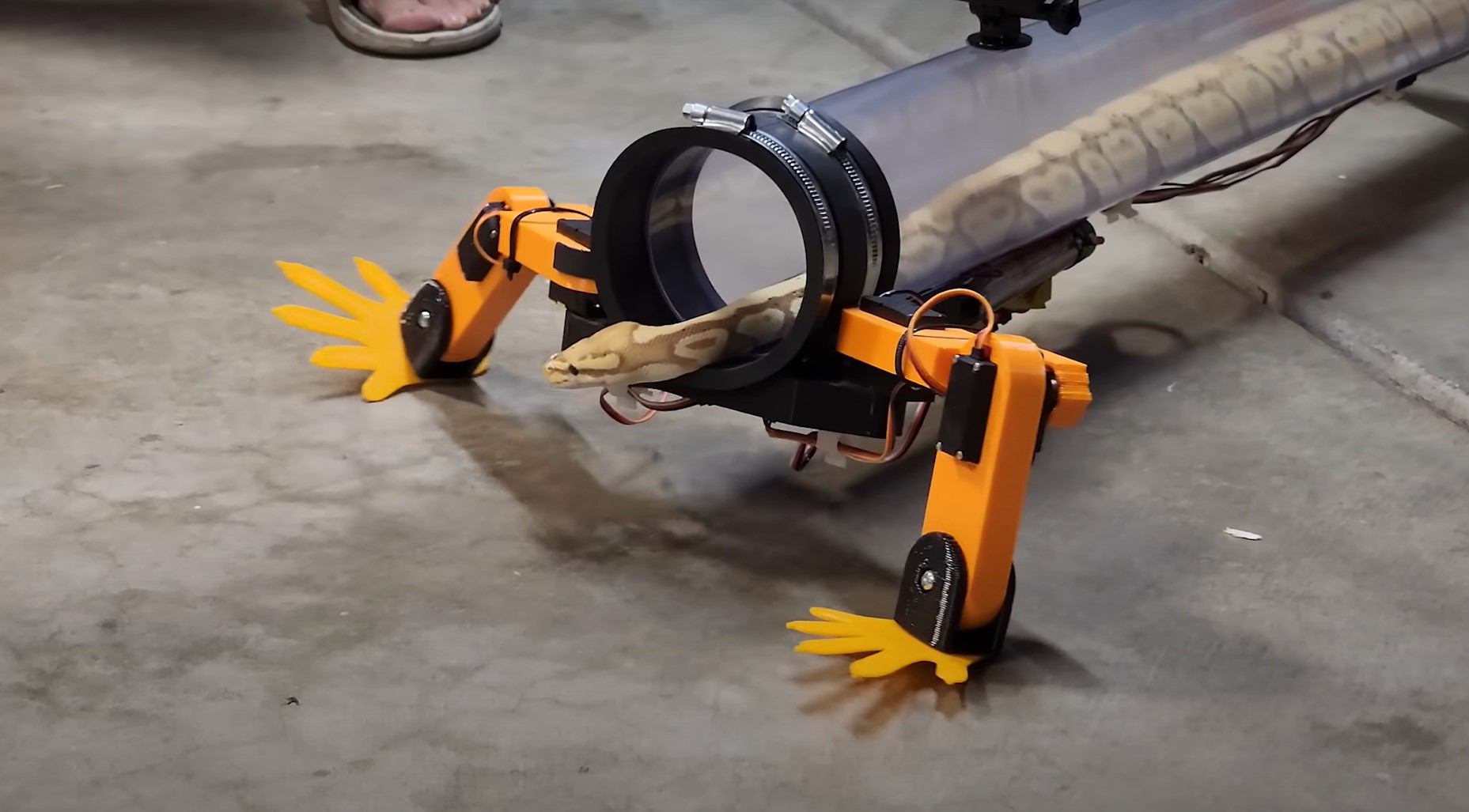 Final thought: Yeah, look, this video’s obviously more about fun content than true prosthetic legs for a snake, but it makes you wonder how this kind of engineering might benefit other animals – and people – in the future. Let us know your thoughts on it in the comments section.