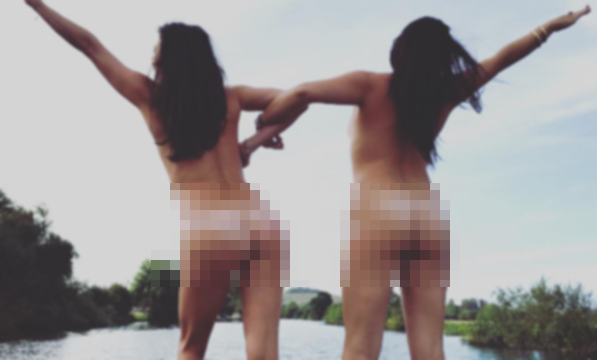 If I had to class myself as a tits or butt guy I’d probably go for both. When I normally say this, people are quick to say that I can only pick one, so I’d have to go with BOTH. YES BOTH. I don’t play your stupid games peasant – I love both equally.

So with that being said it’s good to see some butts on Instagram. There’s an account called Cheeky Exploits which posts photos submitted by people who have gotten their butts out while travelling. To be honest I scroll a bit faster when there’s a bloke showing off this rear end, but some of the ladies are looking a bit of alright. I’m not sure what the point of taking a photo of your butt is, but I’m not really complaining.

ICE | BUTTS I think we can all agree these ladies deserve a round of applause for stripping down in #Iceland for this #cheeky shot! Thanks, @kbuchyyy for this #beautiful submission! #cheekyexploits #butt #butts #belfie #buttsofinstagram #spreadthelove #friends #snow

In the past few years trends there have been a few terrible trends, but a couple of golden ones. I thought planking was a bit sh*thouse, although the finger selfie was alright. There are a few things to remember with this kind of butt selfie (I think it’s called a belfie but let’s not use that).

Make sure you don’t post any without permission and don’t take them when you aren’t meant to! I mean planking was bad, and a few people died. A couple even get naked on a mountain in a country that had very strict rules on that.

This page has taken off recently, and now it has 86,000 followers, so if you follow the page you’ll see quite a lot of butts!