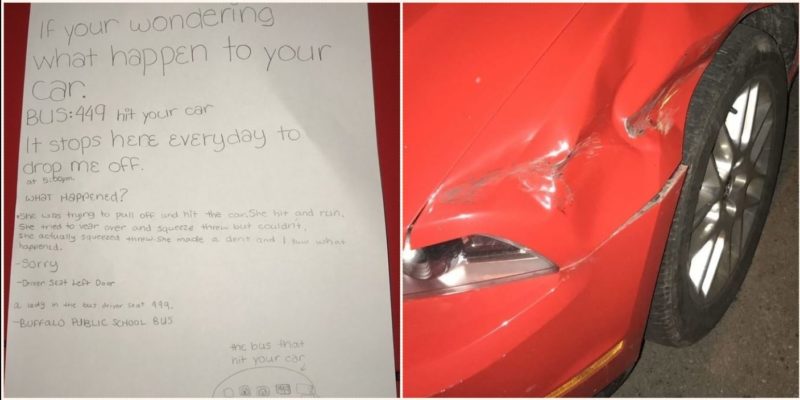 If you’ve ever come out to find your car has copped a sneaky bloody ding from some pork chop who’s f**ked your shit up and then done a runner without owning up to it, you know how frustrating that can be. Repairs don’t usually come cheap, and anyone who’s not a scumbag will own up and leave their details when they’ve scraped, dented or scratched your car. Usually. Unfortunately, not everyone’s a quality human who’ll pay for their mistakes. But with sixth graders like the unidentified hero in this story on the case, we can rest assured that the world is in good hands…

Today we’re heading to f**ken Buffalo in New York. That’s where 21-year-old student Andrew Sipowicz lives and that’s where his car copped a lovely touch-up from a school bus. Deadset, the poor fella was on his way out to the car on an otherwise typical Monday night when he noticed his red Ford Mustang was all sorts of f**ked up. 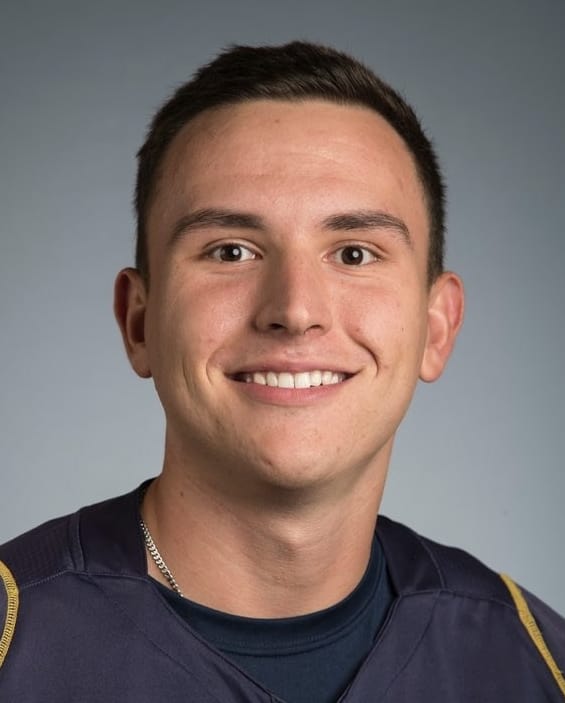 Of course, the bloody bus driver who’d committed the faux pas, decided to ignore her responsibilities according to the social contract. Yeah, nah, she’d be f**ked if she was gonna dob herself in – especially with a mob of screaming kids in the back – so she planted the pedal to the metal and f**ken bailed! 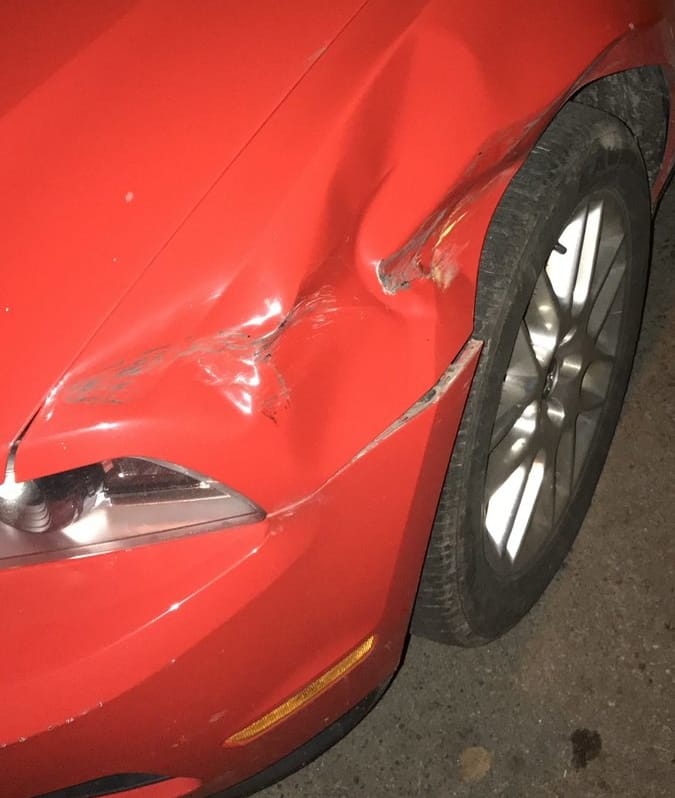 Fortunately, one of the sixth graders on the bus is a little legend. Despite the bus driver’s reluctance to cop it sweet, this little hero was like, “yeah, nah, that’s f**ked”. You’d better believe she stitched that driver straight up.

Check out the note she left Sipowicz. It provides a rundown of events and, best of all, an artistic rendition of the guilty 449 bus replete with screaming kids in the back. Thanks to that note, Sipowicz was able to get in touch with the bus company responsible. They’re covering all repairs and they’ve fired the shonky bus driver who couldn’t do the right thing. 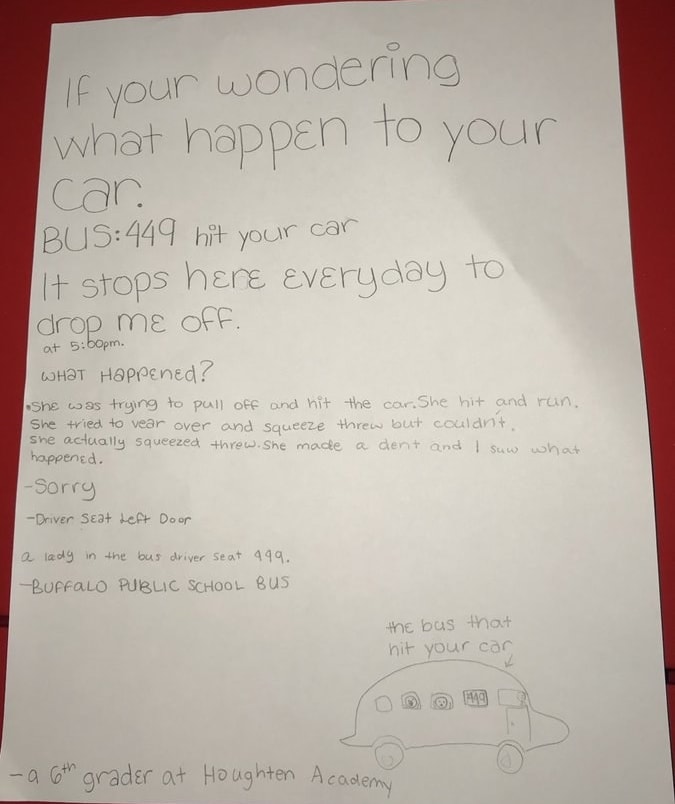 Final thought: This is one of those stories that ends with a big f**ken ‘happy days, bitches,’ for everyone involved. (Except the bus driver, but you know, she did get her karmic retribution, so there’s that.) Anyway, we get this great letter and image online and Sipowicz gets his car fixed. As for the kid, what a top sheila she is! Good sh*t!

Shoutout to the anonymous 6th grader for saving me a couple thousand (Bus not drawn to scale) pic.twitter.com/7aNK10xSwX