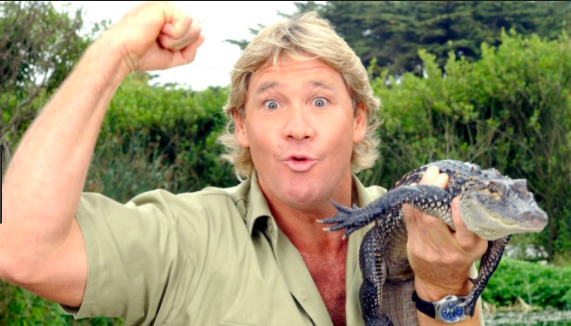 Today would’ve been Steve Irwin’s 57th birthday. He was a bloody phenomenal ambassador for all things wildlife, for our awesome country and just a great f**ken bloke.

Steve Irwin became a household name through various TV shows, the most well known being The Crocodile Hunter, which first hit our screens in ’96.

His passion for wildlife, nature and the environment was so bloody infectious, and it’s f**en obvious he was a genuine character, and an all round good bloke. 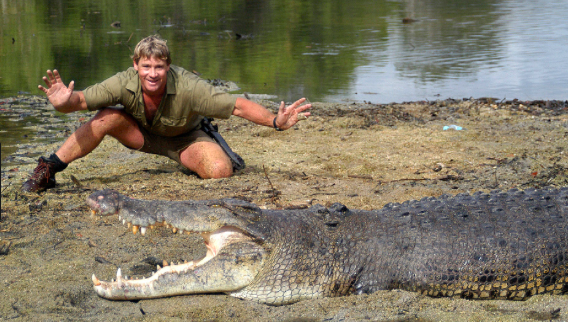 The amount of things that Steve achieved in his short life is f**ken amazing, did you know he discovered two new animal species?

He also bought up huge chunks of land just so greedy developer pr**ks wouldn’t be able to s**t on animal habitats with their new apartment buildings.  Haha, what a pissa!

In 2007 the Rwandan government named a baby gorilla after Irwin in a tribute to Steve’s impact on global wildlife conservation. The Wildlife Warrior even has a bloody star on the Hollywood Walk of Fame for f**ks sake! What a bloody legend. 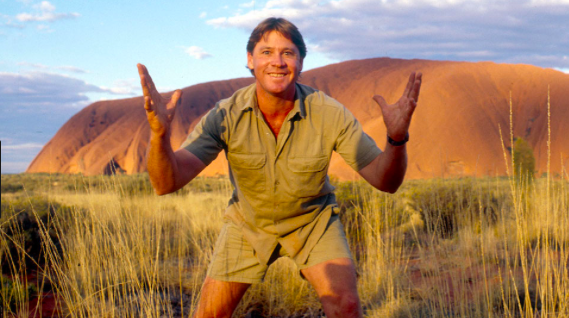 On the 4th of September 2006 Steve was stabbed in heart and torso by the barb of a poisonous stingray. He was snorkeling in chest deep water off the coast of Port Douglas getting some footage for daughter Bindi’s TV show.

Much like the JFK assassination, or the Princess Di car crash, every Ozzy remembers where they were when they got the horrendous news that we’d lost Steve.
It was a f**ken sad day indeed. 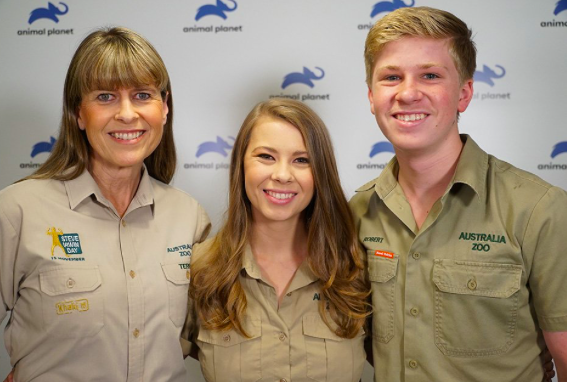 But his tireless commitment to wildlife conservation lives on through Australia Zoo, a wildlife and Conservation Park in Beerwah, Queensland.

He is survived by his two rippin’ kids Bindi and Bob, and his wife Terri, who continue on with Steve’s plight.

Final Thought Whatever you get up to today, take the time to raise a glass to remember the original Croc Hunter. Happy Birthday Steve, you cheeky bastard! An Ozzy icon, environmental hero and deadest f**cken legend that was taken far too soon.

PS, how’s about the bloody legends at Google dedicating their home page to him with a Google Doodle today? 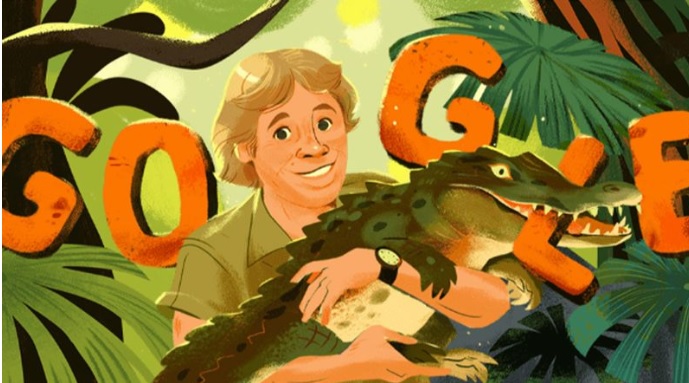 If you’ve been here before, you know that we’ve spoken about the bizarre wonders of the deep on many occasions. You can’t blame us, though. Scientists, experts, and researchers just keep sharing more and more awesome ...