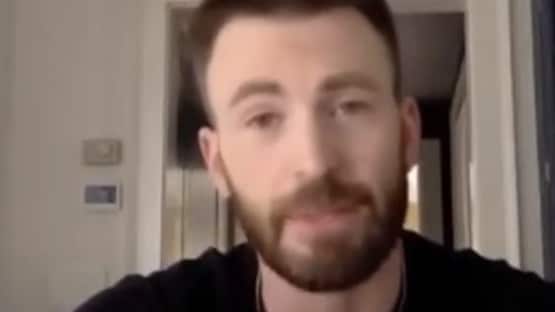 Mistakes, errors, c*ck-ups; bloody mistakes are known by lots of names, but whatever you call ‘em, there’s no denying they can happen to anyone. Just ask Captain America star Chris Evans. This bloody drongo f**ked-up in the worst possible way this past weekend. Yeah, nah, while posting photos to Twitter, he accidentally posted a naked selfie. Fortunately, he reacted to the event in the best possible way. Check it out…

Rightio, in case you weren’t aware, bloody Evans was playing a game of Head’s Up with his 6.2million followers on Twitter when he uploaded the selfie. It was, apparently, an accident, but he somehow shared a photo of his b-ner while letting fans see a gallery of videos and pictures on his phone.

The actor accidentally shared a NSFW photo on social media.

He spoke to talk show host Tamron Hall: "It was a very interesting weekend, full of lessons learned" https://t.co/m41DRDnI2c pic.twitter.com/CnCFdOOVkx

Obviously, this could be the sort of thing that backfires, so how Evans handled it was always gonna be important. Fortunately, he had that s**t under control. A couple of days later, he used the attention to address the state of US politics.

“Now that I have your attention…VOTE Nov 3rd!!!”

Following that, the big fella went on The Tamron Hall Show, where he continued to speak about the faux pas. “It was an interesting weekend full of lessons learned, a lot of teachable moments. It’s embarrassing, but you gotta roll with the punches. I have fantastic fans who came to my support.”

Of course, when you’re Captain America, you can rely on other Avengers to come to your aid, and the Hulk didn’t let him down. Yeah, nah, bloody Mark Ruffalo tweeted Evans, saying, “Bro, while Trump is in office there is NOTHING you could possibly do to embarrass yourself. See… silver lining.”

Was off social media for the day yesterday.

Perhaps the best response, though, came from the actor’s brother, Scott. “Was odd social media for the day yesterday. What’d I miss?” he asked.

Final thought: There’s a lesson here for pretty much anyone involved in social media. If you’re going to reveal your photo galleries to the general public, you probably wanna make sure there are no skeletons – or their boners – in your closet. Anyway, let us know who’s accidentally seen your naked selfies. That s**t’s always good for a laugh.

When it comes to technology, the general rule of thumb is that it’s supposed to make your life easier. That’s why we’re all big fans of smart technology. Yeah, nah, movies like Terminator might posit that artificial i...

As you know, people have been getting pretty bloody excited about the metal monoliths that have been popping up in the US and Romania. Deadset, some have even suggested they’re the harbinger of 2020’s final phase. In ...