When you think about boring jobs, it’s probably not a stretch to say banking must be up there with the dullest of them. Anyone who’s ever been to a bank will be able to vouch for this. They look boring, sound boring and even smell boring. On top of that, the staff are always at risk of being held up by bloody bank-robbers. If only there was someone who could help deter criminals like that from even considering a bit of grand larceny…oh wait, there is. It’s bank worker Spider-Man.

We’re off to Brazil where a bloke by the name of…s**t, we don’t know. Looks like Spidey really does look after his identity. Anyway, we’re in Sao Paulo, and we’re going to the bank. 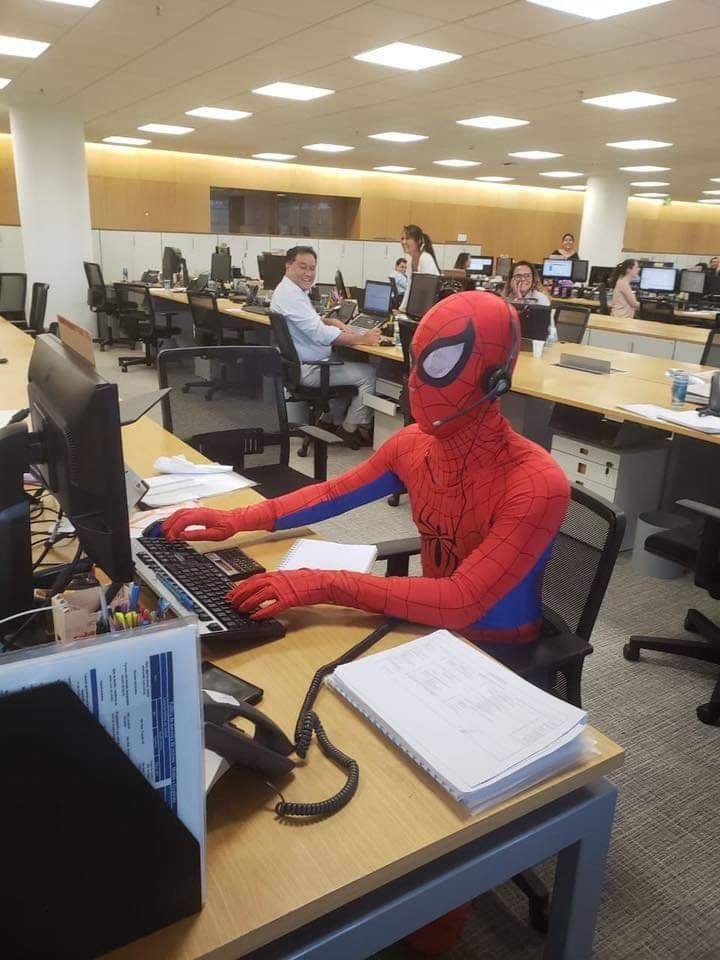 On his last day in the job, this anonymous bloody legend decided that it was time to have a little fun. He dressed up as the friendly neighbourhood Spider-Man and went about making the day of everyone in his work place a little better.

He handed out lollies, he helped other people out and he pissed his former boss off with his awesome antics. 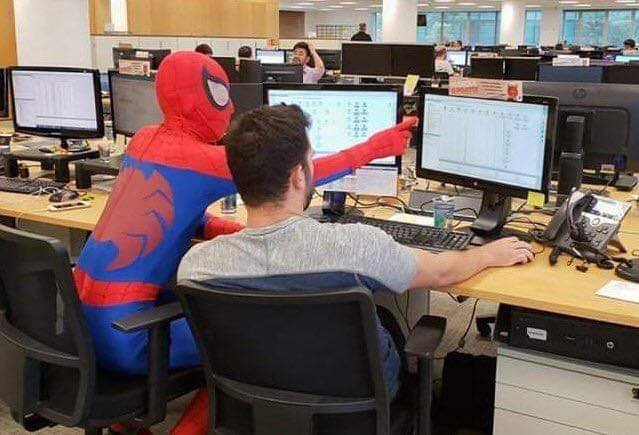 Yeah, as you can imagine, the boss is reported to have thought this was quite the distraction. We can’t imagine why. Still, having said that, if you can’t have a little fun on your last day at work, when can you?

Another employee instagrammed a picture of the web-slinger with a caption that read ‘last day of work and this person is driving the boss mad.’ 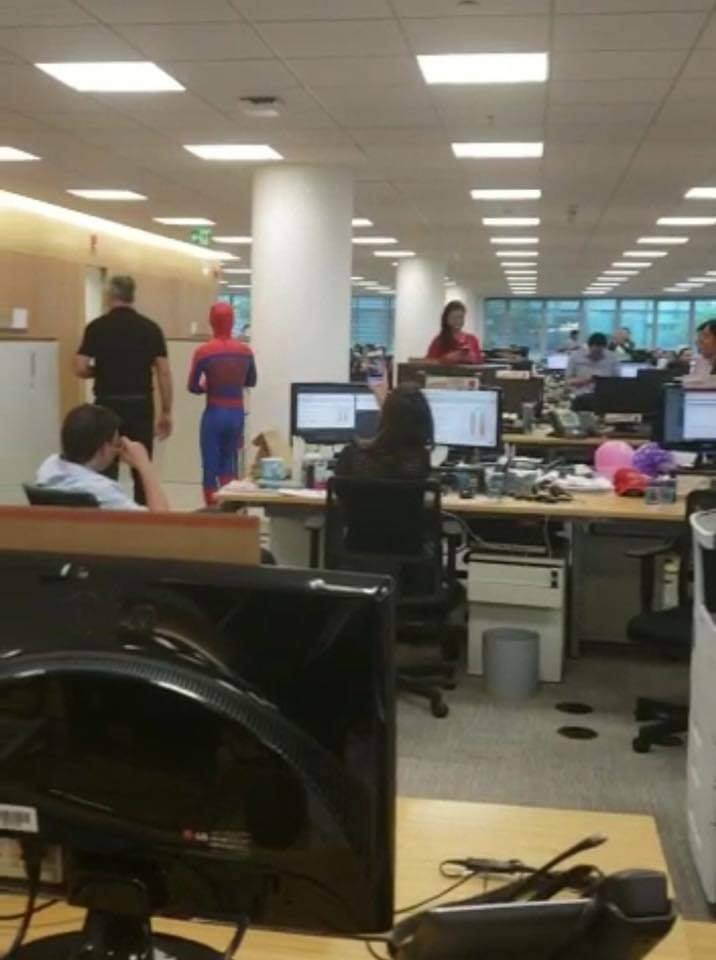 Fortunately for the boss – and unfortunately for customers – the dude wasn’t working in the front area and didn’t have the pleasure of interacting with the public. Yeah, nah, the poor bugger was left completing analysis as a means of saving the world. 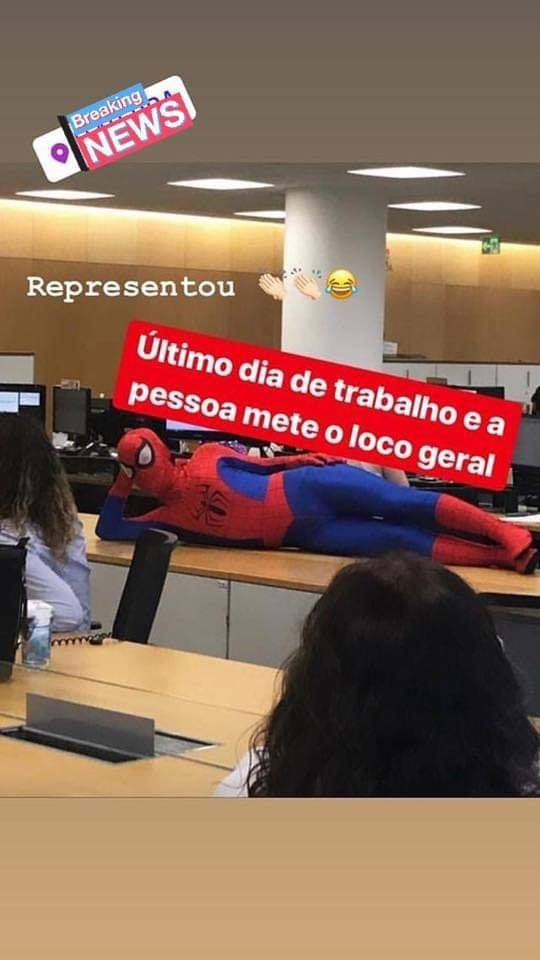 Final thought: We guess it’s true that your last day at work does grant you great power. Thankfully, this spidey treated it with great responsibility.