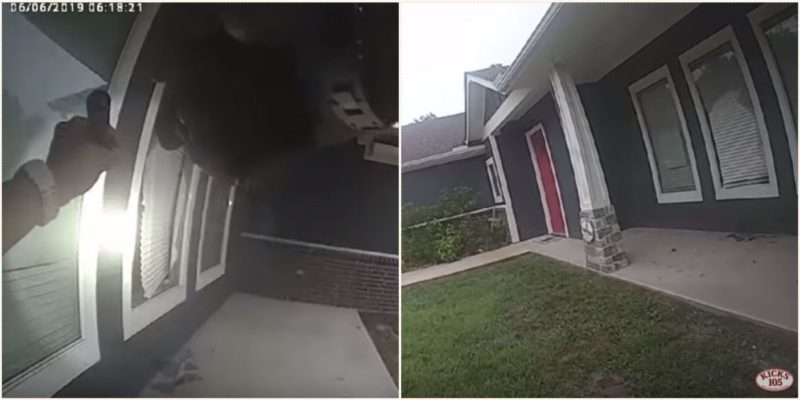 F**ken dear oh dear, this is one of those situations where s**t could have gotten out of control really f**ken quickly. Deadset, when the local cops rocked up to this suspected burglary, they sure as s**t weren’t expecting to be confronted by a young buck quite as deerstructive as this one!

When this video kicks off, it sounds like there’s some serious buggery going down inside the property. You can hear bloody glass smashing and objects crashing. 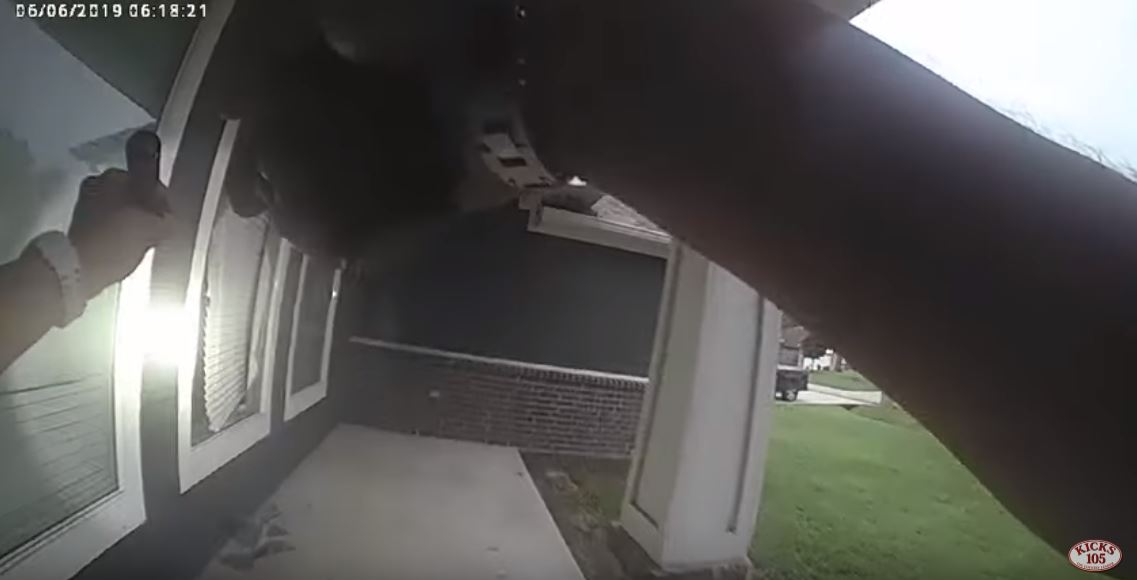 Whoever’s in there sounds rowdy as a cat on a hot tin roof. In turn, the copper doesn’t sound like he’s mucking about either.

Then, things get interesting. Right after he clears a windowpane; probably expecting to shoot some b**tard, he’s like Doe! It’s a deer! A female deer too, by the looks of it. Anyway, they identify the rogue animal and make their way inside.

Still, it’s pretty hectic at this point and that bloody deer is not gonna faun and pander to these bloody police as it tries to find a way out. Yeah, nah, it’s like ‘f you, wall! stuff you other wall!’ It’s fair dinkum panicked, it’s in a state of deerstress and it is on the bloody rampage. Have a good squiz at it. If only Bambi’s mum had moved as quickly as this bloody thing.

The cops are trying to chaperone it out the door with chairs and torches and stuff, but it’s just like, “Sod off! Leave me alone! I live here now and I’m doing some remodelling!” That’s why you’ve gotta pity whoever owns the place. Gear is getting messed up in there. Their valuables, their collectables and their walls are getting bloody ruined. That is absolutely gonna cost a fair few bucks to fix. Yeah, we’re going there, some of that s**t must have been pretty…dear!

Despite all the chaos, the animal eventually makes a break for it and f**ks off through the door. The cops are like, “Yay! Let’s go get some donuts. That was pretty bloody wild!”

Final thought:  As we mentioned above, this is obviously pretty bloody hectic for the owners of the property, but that deer was the complete opposite of caught in the headlights. It was in a place it just couldn’t process and went into blind panic. We hope the little bugger’s okay. Anyway, let us know what animals have made their way into your place!

Just in case you missed it, here’s one of Ozzy’s latest commentary videos…Ozzy Man Reviews: WTF Happened in May 2019.