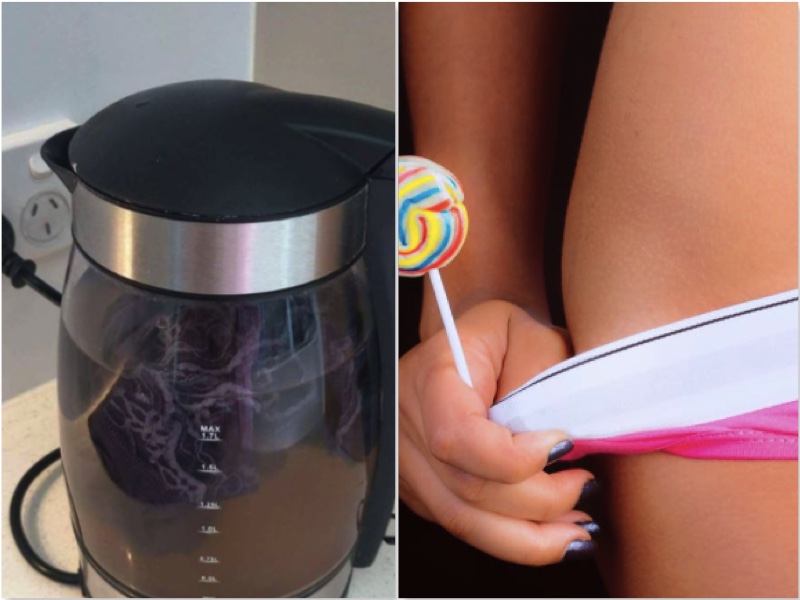 Sheila slammed for washing her Monthly-Stained knickers in hotel kettle

Just when you thought you’d seen it all. This spew worthy Reddit post has been making the rounds again after being posted over a year ago. No less cringy and certainly not more acceptable the second go ’round, but it serves as a timely reminder that when you stay in a hotel, your effectively sharing the room with every person that’s stayed there before ya, depite how dodgy, disgusting or delightful they are.

It’s like doing the horizontal devil dance…. You don’t wanna think about it, but people have probably been there before ya, so you best be safe.

Now we all know that some elements of being a human can be a bit messy ay. And when your caught off guard ya sometimes gotta think on ya feet.

Believed to be travelling somewhere in the realm of OzzyLand or NZ, this unknown bird was caught unawares by her monthly Aunt Flo, and posted about her “cleaning hack” on the Internet like it’s some kinda genius solution.

‘Forgot to pack knickers so came up with a good way to quickly wash them. The hotel kettle! Quick, fast and hygienic.’ 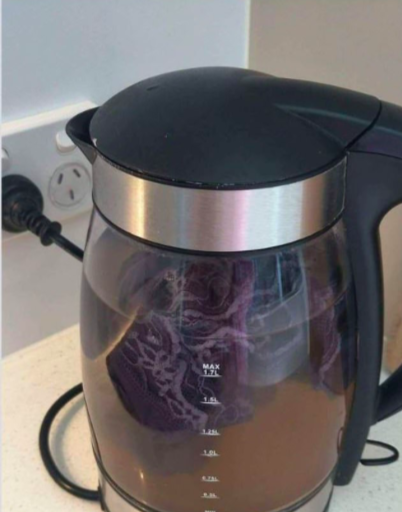 Hygienic…?!!? For bloody WHO? I’m tipping the next blokes steaming cup of English Breakfast ain’t gonna be real hygienic FFS. And who forgets to pack grundies when they’re going on a bloody trip?

Got me thinking that some of the hotel staff must have some crackin’ stories of weird stuff over the years. If you’re off on a trip shortly you might wanna avert your eyes, or pack a bloody Hazmat Suit for your hotel stay.

And here’s a couple of homegrown ones to make ya’s feel welcome, us Ozzy’s have got hospitality in spades mate.

Spare a thought for these poor hotel staff and cleaners, they are the real MVP’s here. And for the love of all things holy, don’t boil your jocks in the bloody hotel jug. That is all.