You know we love some crazy Russian s**t here on Ozzy Man Reviews and if you don’t, you really should. Yeah, we serve it up to you on a pretty f**ken regular basis. Mostly, that’s because they really do get up to some excellent hijinks, but it’s also because you really can’t believe a lot of it until you’ve seen it. For this latest case in point, another batch of ingenious Russkies have turned a bloody Bentley into a tank. Check it out down below!

Rightio, to get you up to speed with this.

It seems like there’s a fair bit of backstory behind the remarkable feat of engineering, but cutting that s**t short, the fellas from the Russian YouTube channel AcademeG, who seem to be pretty f**ken keen on souping up cars in awesome ways, set their minds to creating a vehicle they’re calling the Ultratank. 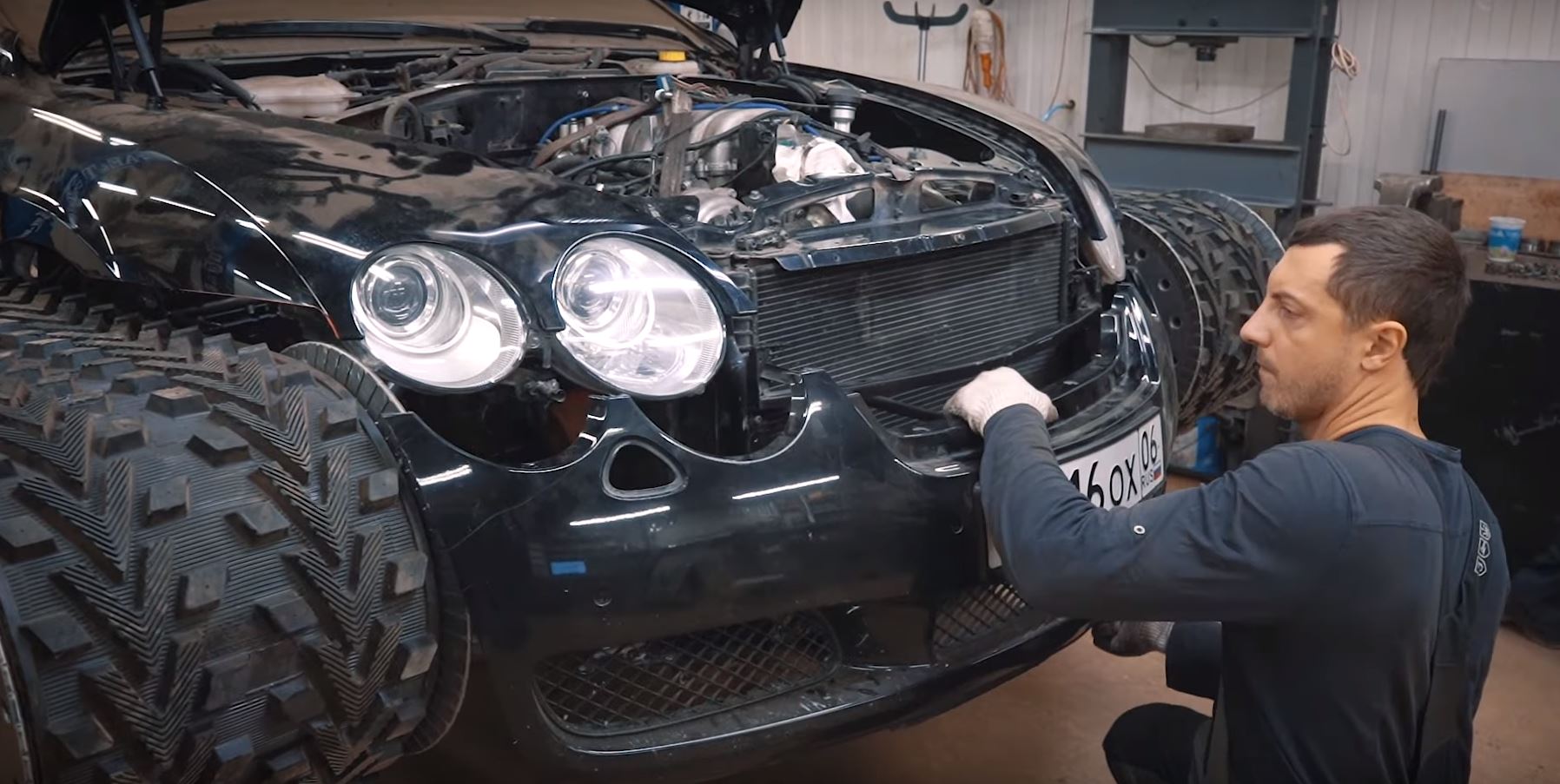 For the uninitiated, this is essentially a Bentley with its wheels taken off so a f**ken huge set of tank-treads can be fitted.

You can check out all the details in the video down below. Just bear in mind that you’ll need your subtitles on if you don’t speak Russian.

Apparently, the build itself wasn’t as simple as just changing a few tyres. Not that anyone could realistically expect it would be. On top of that, despite the fact the presenters announce that they’ve reached success with some critical elements of their project, it’s still very much a work in progress. They have no brakes and the tank-tread isn’t fitted to perfection – as you’ll see. 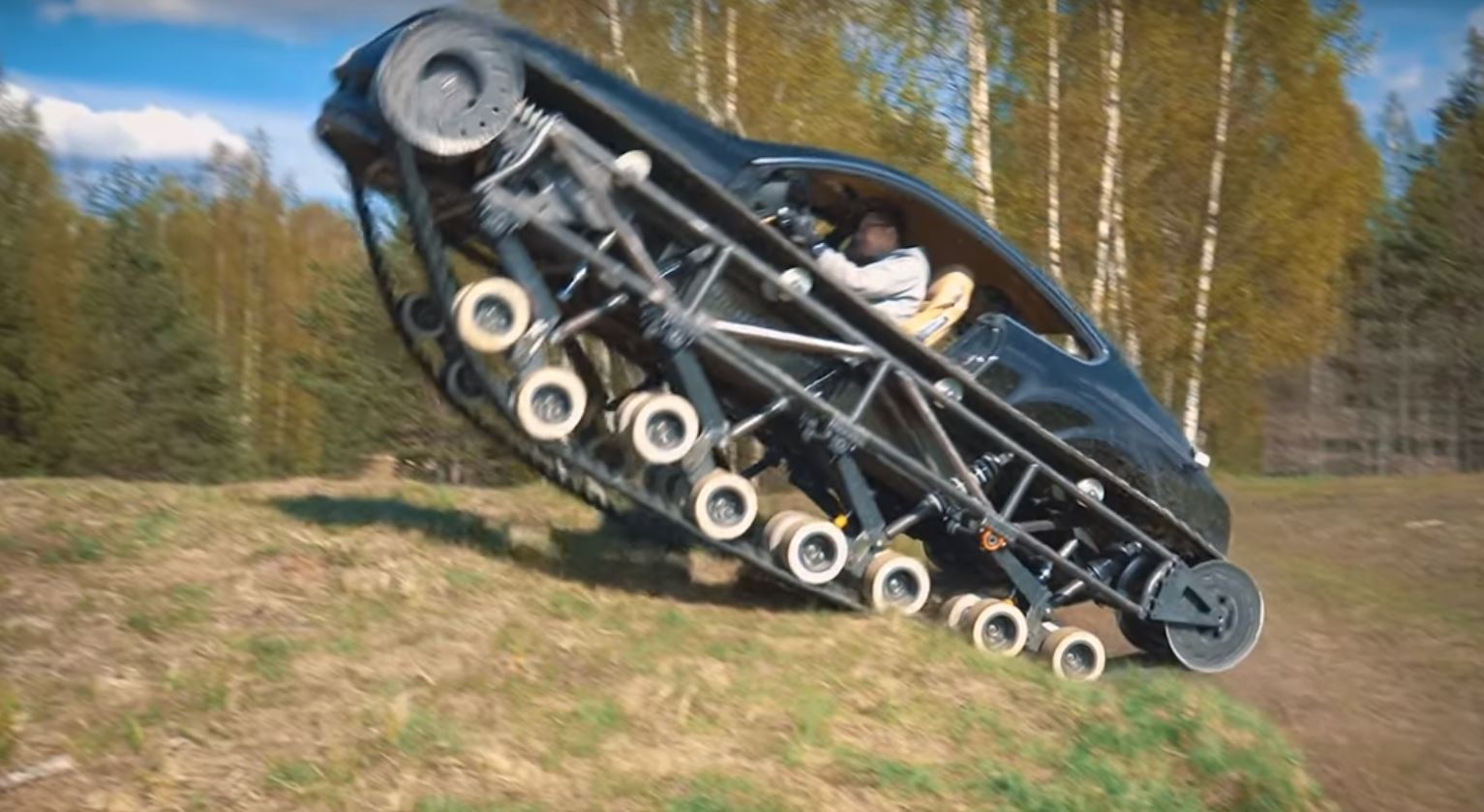 But, credit where credit is bloody well due, these dudes are well on their way to creating a vehicle that f**ken hoons through the bush.

Deadset, it’s exactly the kind of thing you’d like to imagine they could use in a future Mad Max movie.

Anyway, don’t let us waffle on. Check the s**t out below. 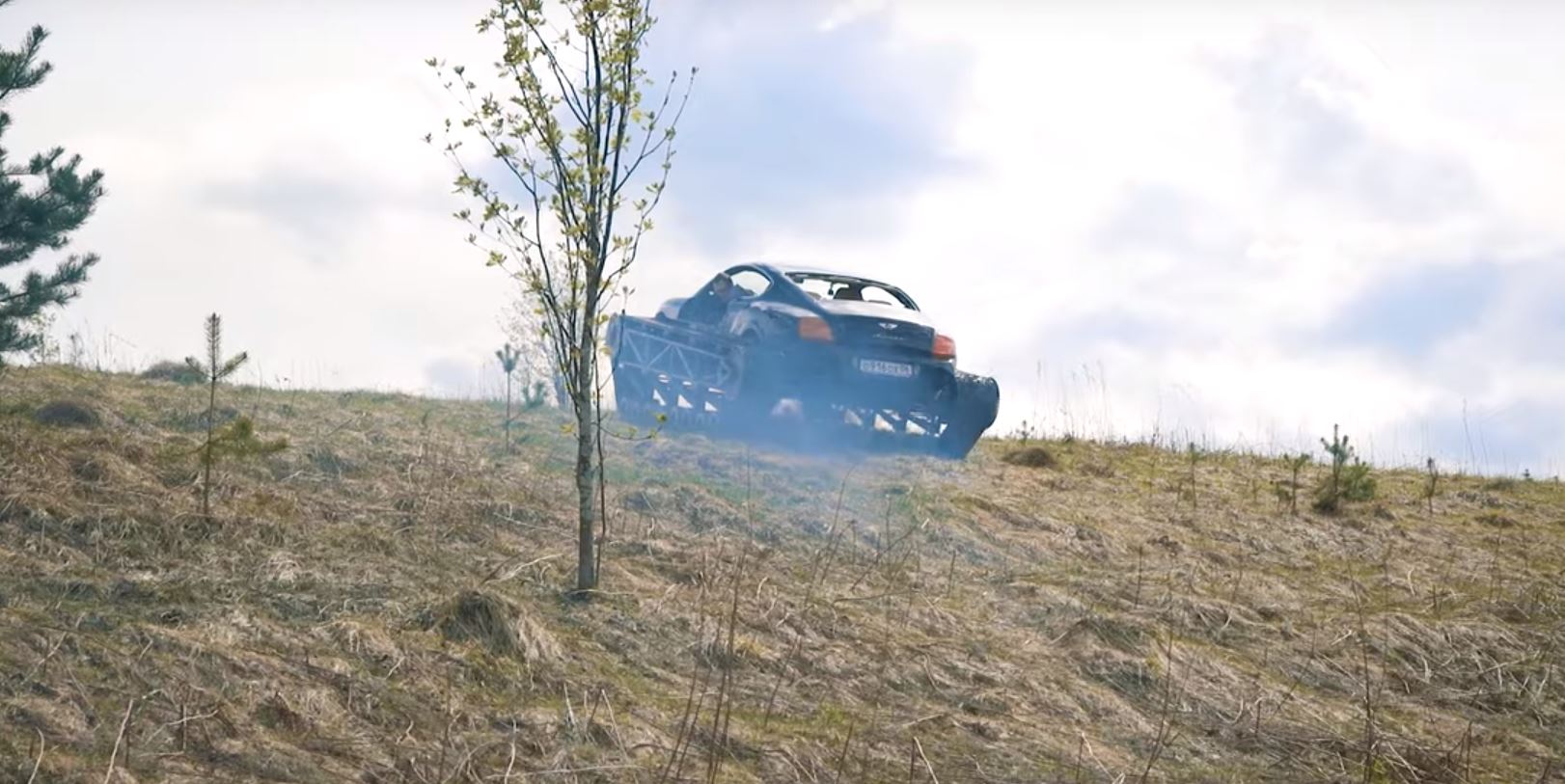 Final thought: Thee only realistic comment to make here is F**K YES, RUSSIA! F**K YES! This s**t is awesome. Just let us know when and where we can buy one for ourselves!