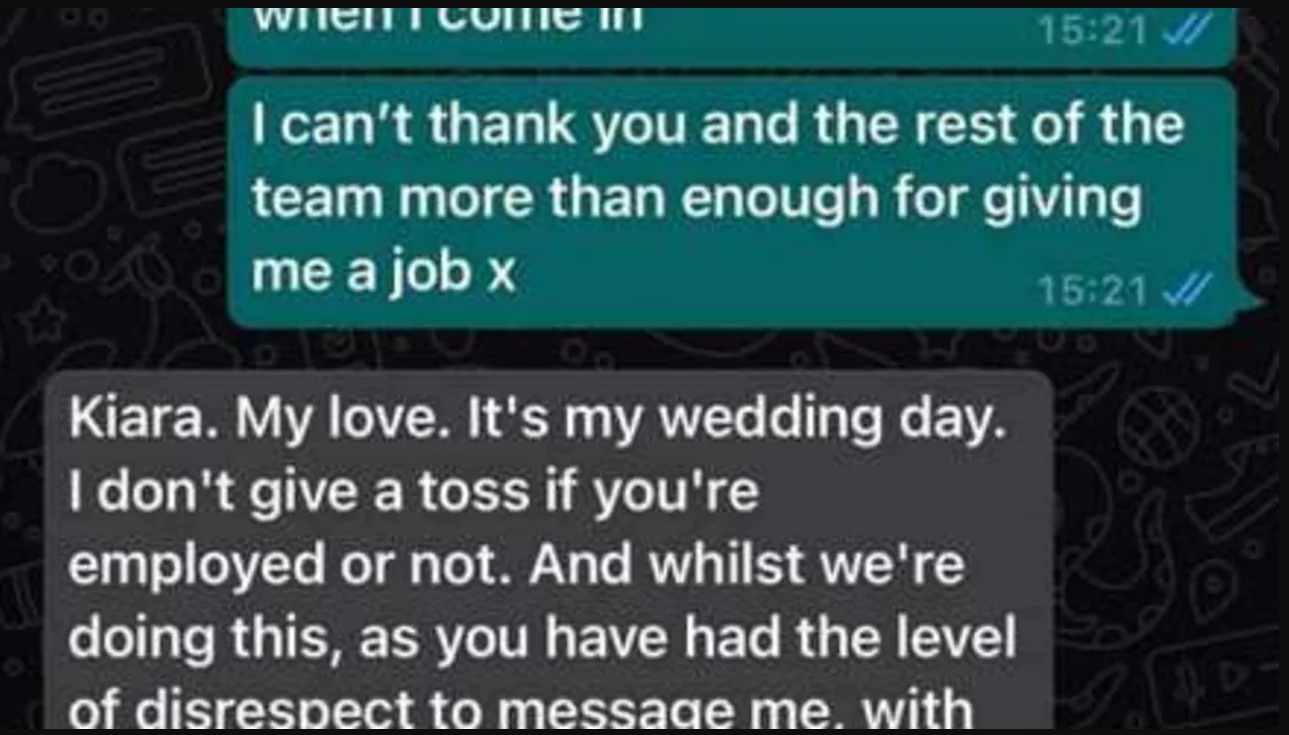 Working with other people is one of the most interesting – and sometimes maddening – aspects of life in our modern world. Yeah, nah, in some workplaces, you hit the jackpot and get to work with people who understand we’re all in this together. In others, that might not be the case, but there’s no secret that the best way to get through work – and life – is to just treat others with respect and be kind and compassionate whenever you can. So when Pommy sheila Kiara Claire notified her boss that she was leaving, she was pretty shocked by the response she received.

Before we go any further, we’ll give you a bit of context. Kiara was being trialled for a job in another position, and her boss was supportive of that. However, when she found out she got the job, she texted him, and that text happened to be sent on his wedding day. 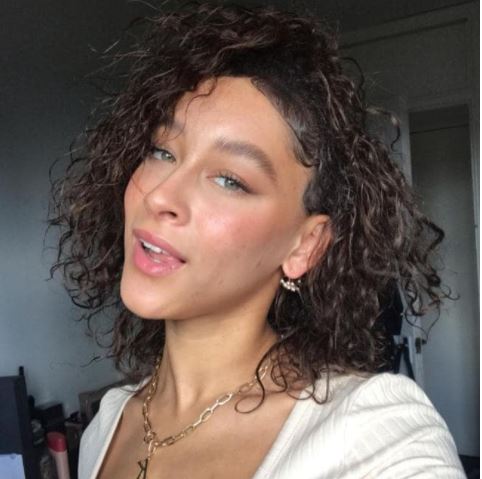 Now, some people might think that should have been an email, but we don’t know how that workplace works. It is, however, a good reason not to give work people your number – you don’t really want to be hassled with work s**t on important days. 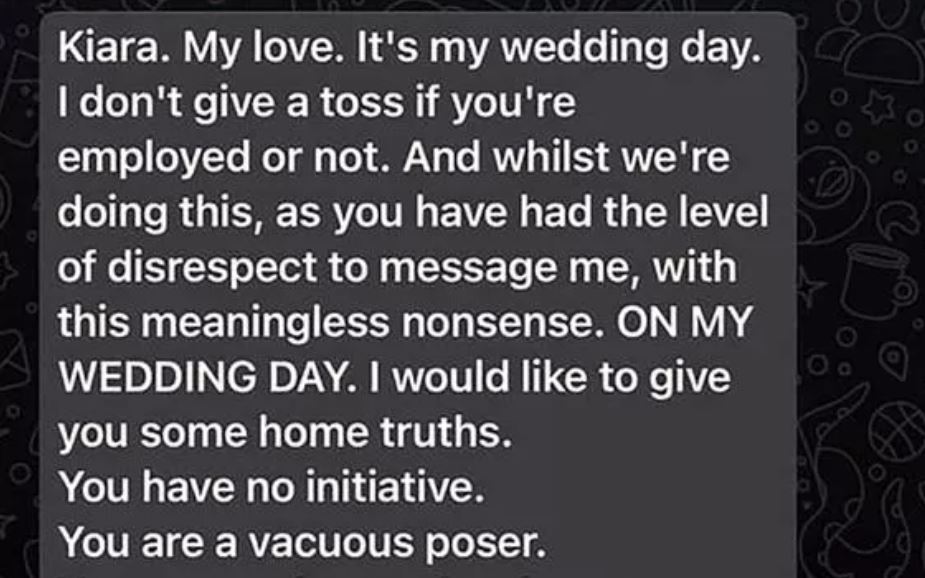 Anyway, that aside, here’s the response she received:

“Kiara. My love. It’s my wedding day. I don’t give a toss if you’re employed or not.

And whilst we’re doing this, as you have had the level of disrespect to message me, with this meaningful nonsense. ON MY WEDDING DAY. I would like to give you some home truths.

You have no initiative. You are a vacuous poser. You are too focused on how you look and not what you do.

You are a useless employee.

You would rather text than do your job. You should be embarrassed about this.

But hear my words. Because they will do you a favour.

Nobody is interested in YOU. Your work ethics are the only thing matter. Focus on the job and stop focusing on yourself.

As you can see, the boss puts pretty big emphasis on not being contacted on his wedding day, but really, it’s not that big a deal, surely. 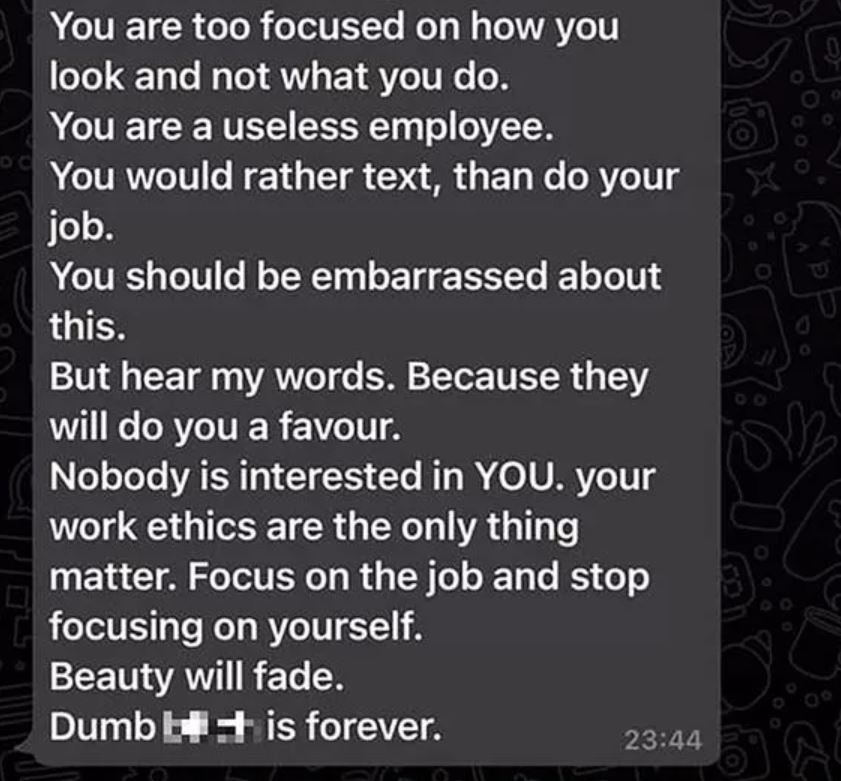 Kiara has since explained that she originally thought it was a joke, but became more concerned after her friends and family were like, “What the f**k?”

I was on FaceTime with my friends and I read it out and they were all getting quite mad about it,” she told the Manchester Evening News.

“It was only until the next morning when I re-read it that I started to get upset about it because the way it had been set out looked like he was being quite serious about it. I suffer from anxiety and it was quite shocking and upsetting to read. It did make me feel worse, it knocked my confidence.” 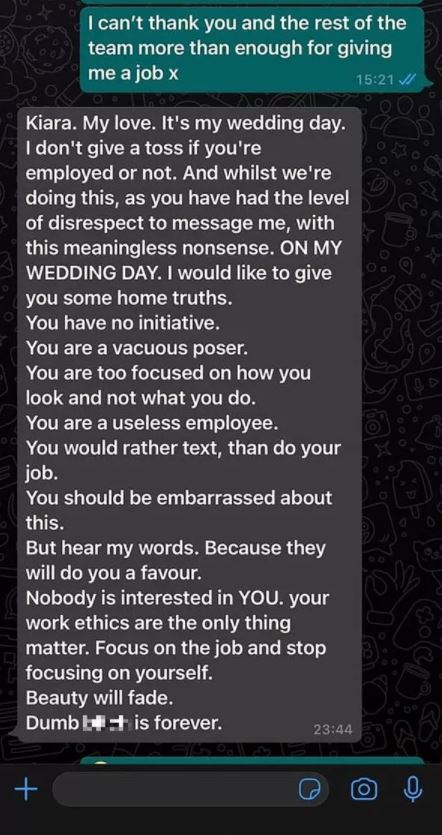 The boss has denied sending the text, claiming it was one of his friends.

Final thought: Yeah, look, this whole thing is a bit bloody over the top. Let us know what you reckon about sending texts to colleagues and managers outside of work hours. Is it fair to do? We kinda think that an email is the best way to go, but what about you?

While we’re on the subject of work f**k-ups, here’s one of Ozzy’s latest commentary videos…Ozzy Man Reviews: Tradie Fails

As you know – we do harp on about it a lot – Australia’s wildlife is weird and f**ken wonderful. Unfortunately, though, not everyone knows about much outside of our scary creatures. Yeah, nah, that’s a bit unfair. We’...

One of the greatest things about having a few beers with your mates and having a grand old chat is the sheer number of brilliant ideas you have. Deadset, most people will come up with at least one or two good ideas in...