G’day you big bewdiful bloody legends. We come to you with a story today that is all about spanking your meat. Specifically, it’s about a recent bit of internet science that saw people attempting to cook chicken by slapping it. We won’t go into it all right away, but as soon as people knew that it was theoretically possible, they were all over it. That desire for knowledge led Louis Weisz to build a machine. Here’s how it all panned out…

All right, there’s a fair bit involved in this one, so strap yourself in and enjoy the ride. We’ll start with the obvious: we know you lot are all pretty au fait with the idea of choking the chicken, but when a bunch of budding scientists were talking about kinetic energy, they came up with an interesting enquiry question to help them understand the concept better. 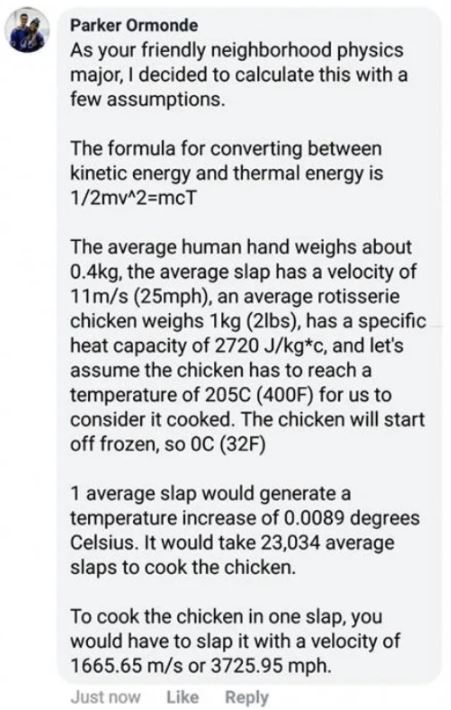 Put simply, they wanted to know: ‘If kinetic energy is converted into thermal energy, how hard do I have to slap a chicken to cook it?’

Fortunately, this is the internet and physics major Parker Ormonde came to everyone’s rescue.

You can cook a chicken by slapping it at 3725.95 mph, an impossible task by any human means.
If you do succeed however, you will not only cook the chicken but also decimate its entire structure, causing a violent explosion.

This is a simulation of the slap using FEA. pic.twitter.com/QDjEbcuQnq

Unfortunately, it didn’t take long for people to realise that slapping a chicken at 3,725kmph would be impossible. When a 3D artist came along and created visual representation of what exactly would happen, YouTuber Louis Weisz got involved. 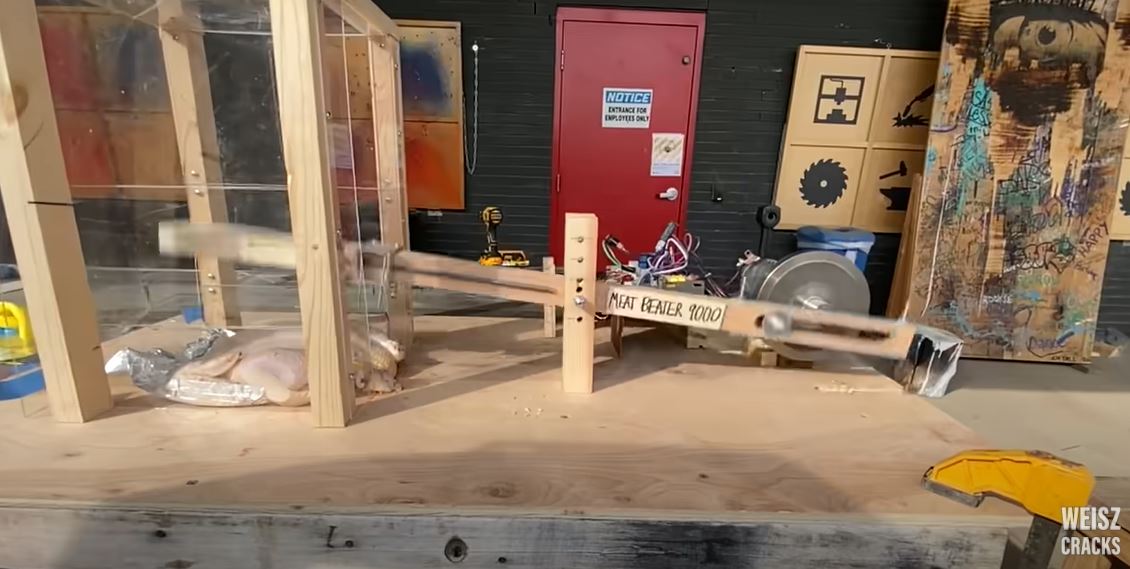 He knew he couldn’t slap the machine that fast, so he changed the question, asking instead how many times he needed to slap the chicken to cook it. Once he had his answer: about 23,000, he set to work building a machine.

Don’t worry, though. We’re not gonna spoil this one for you. What we will do is show this roasted chicken Weisz has by the time he’s done. Whether or not he got there legitimately is up for you to discover. And trust us, even if it’s not, the video’s worth a watch and Weisz is worth adding to your subscriptions! 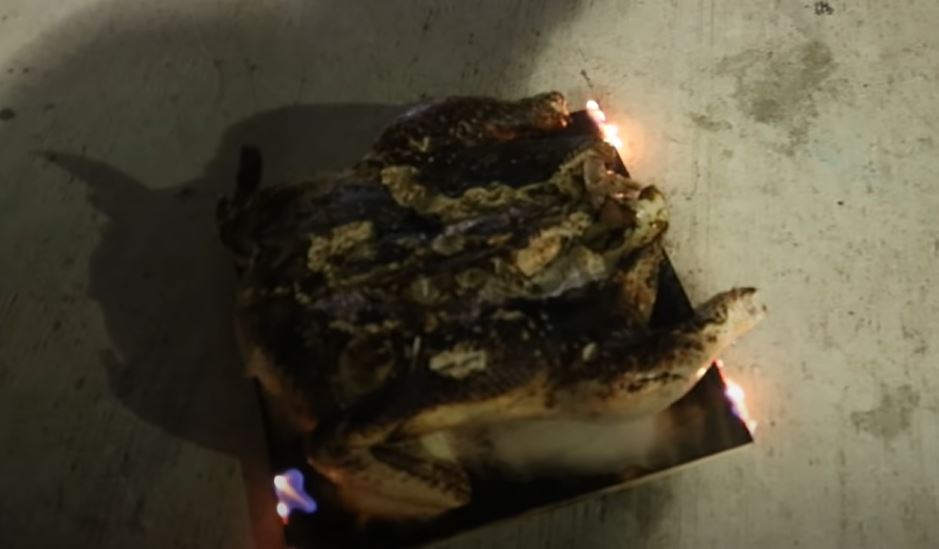 Final thought: Yeah, nah, we can see this working. Just bust out Eddie Honda on a Sunday and get that f**ker to work in the kitchen, He’ll be serving up chicken dinners like nobody’s business.