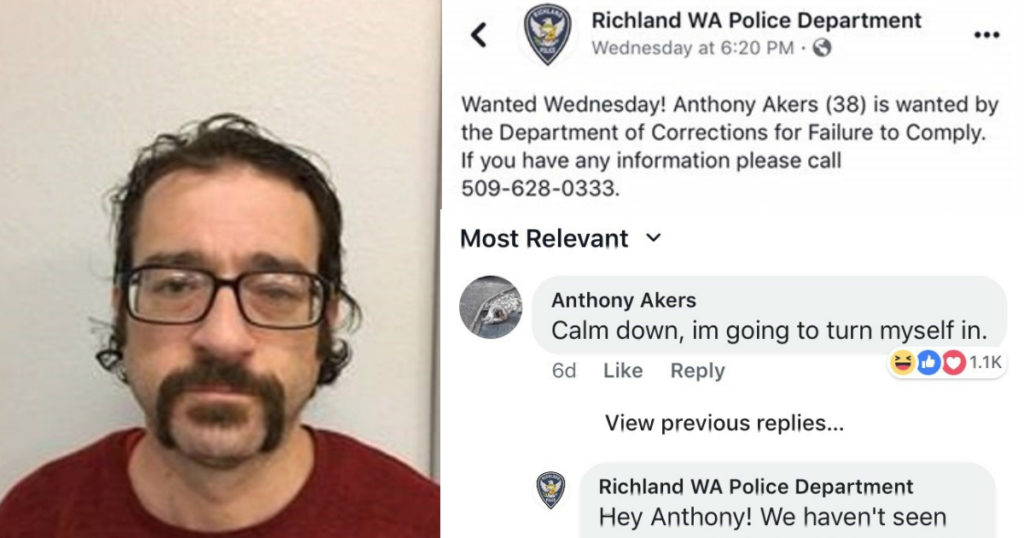 I’m pretty sure you know that scene in any crime movie where a wanted criminal sees their mugshot on television and fears the people around them will recognise them and out them to the authorities. Well, that’s not always a far-fetched work of fiction. In a world where police have increasingly resorted to social media to post images of wanted felons and small-time criminals, they’ve upped the chances of criminals and ‘bad guys’ seeing their mugshots in public, AND they’ve also given these guys the ability to respond to the images.

And sure, you might wonder what kind of two-bit criminal would actually be dumb enough to respond to that kind of social media post with all of today’s GPS tracking and location-settings, but the reality is that it happens. Just ask Anthony Akers.

Richland WA Police posted Akers’ mugshot after he ‘failed to comply’. So when Akers saw it, he couldn’t help but respond. The series of exchanges that follows is nothing short of gold. His responses definitely show that Akers took the whole thing in good faith – and his posts are even kind of endearing. 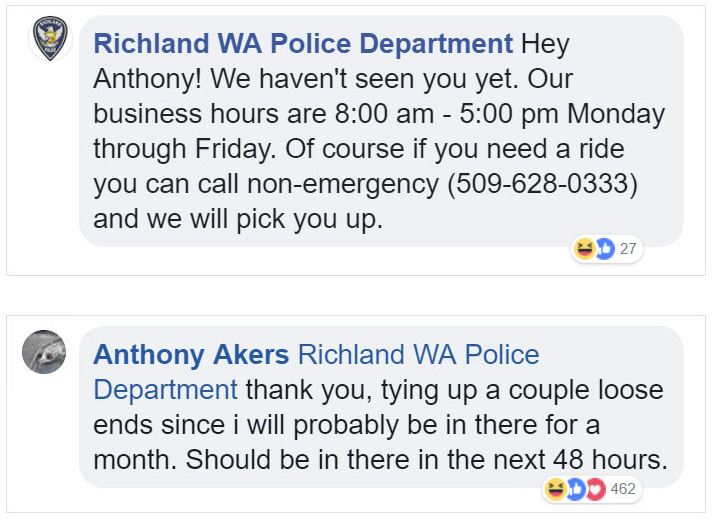 After initially telling the police to calm down because he was going to turn himself in, he decided to keep them waiting for a little longer. Following their second appeal for him to get his ass down to the cop shop, Akers thanked them for their patience and promised he’d be there within 48 hours. 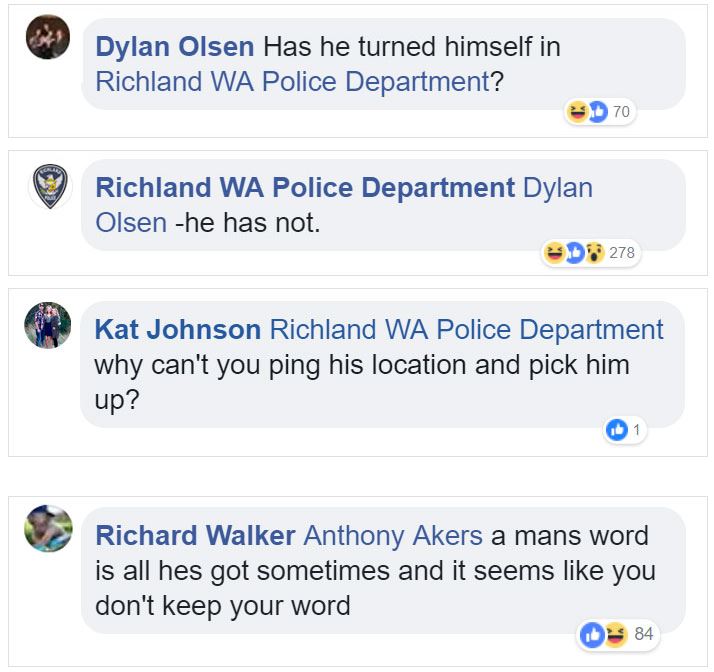 Guess what. He wasn’t. Naturally, Facebook grew impatient and started to bombard the Richland police with questions and comments wondering if Akers had followed through. Finally, whoever is running the Facebook page for the Richland boys in blue, posted a desperate plea in the vein of a hot date who’d been stood up. 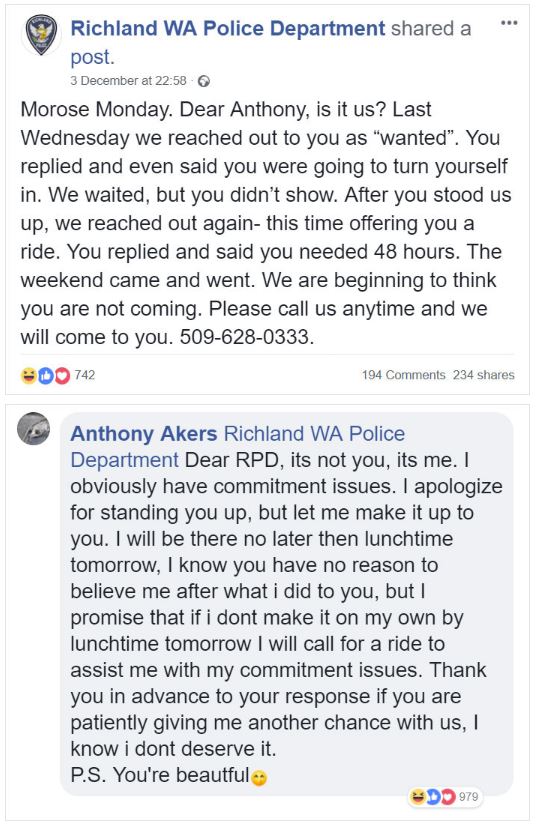 Akers couldn’t resist another post. Later, he commented with a selfie showing himself at the cop shop. What a bloody legend. 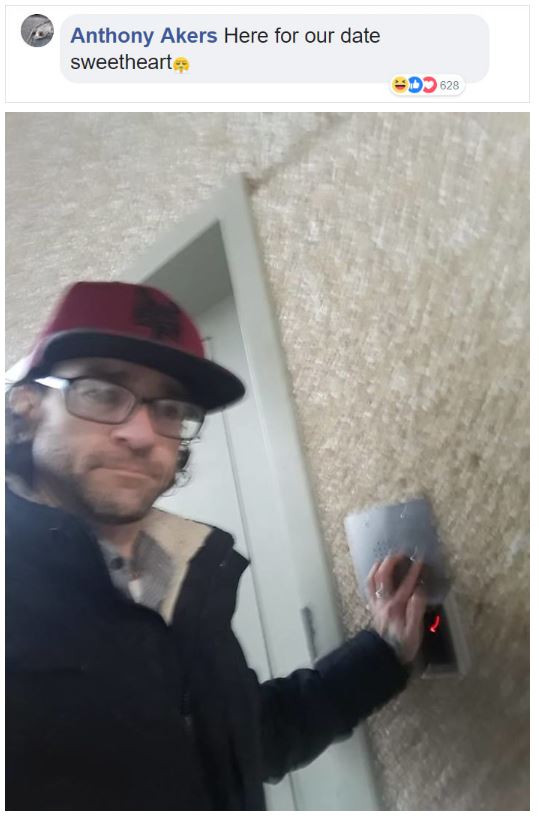 Final thought: We’ve no idea what Akers initial crime was, but this played out a treat. You’ve gotta love how casual he was about getting there eventually. Well played, Akers. Well played.

When it comes to culinary delights, we know there are more than a fair few of you out there in the comments section who love a bit of sausage. Deadset, from what we hear some of you aren’t picky at all. Kabana, knackw...

If you look up the symptoms of a hectic case of ‘The Rona’, you’ll be running for the hills. It’s scary, scary sh*t! To boot, the boffins don’t know the full extent of long-term damage it can cause and doctors and nur...