By now, you’re probably starting to get pretty familiar with the state of the heatwave and its effect on the koalas in our bewdiful brown country. With that said, though, it’s probably important we make it real clear that it’s not only the fires that are leaving the little buggers up s**t creek without a paddle. Rather than ramble on about it, though, we’re just gonna show you this video…

In it, you’ll see a sheila out on a cycling trek sacrificing her own water for the sake of the gorgeous little marsupial.

That sheila is Anna Heuseler, and it all happened while she was cycling to Adelaide.

On that particular day, the heat had climbed up to over forty bloody degrees Celsius, so you can imagine that she was probably pretty thirsty herself. 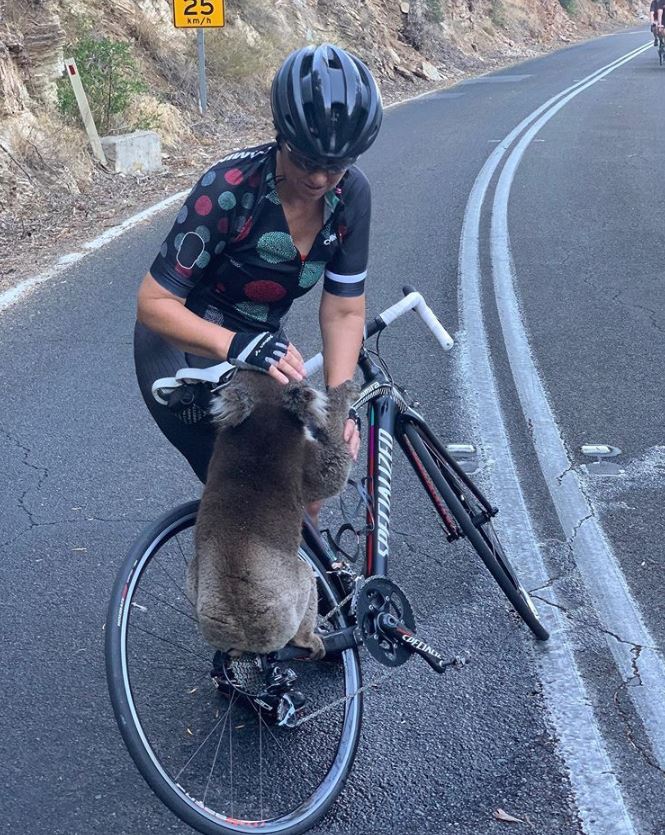 She told 7News, “We’ve seen literally hundreds of koalas over the years, but we have never seen a koala do this. We were descending from Norton Summit Road back into the city early this morning and we came around a bend and there was a koala sitting in the middle of the road.” 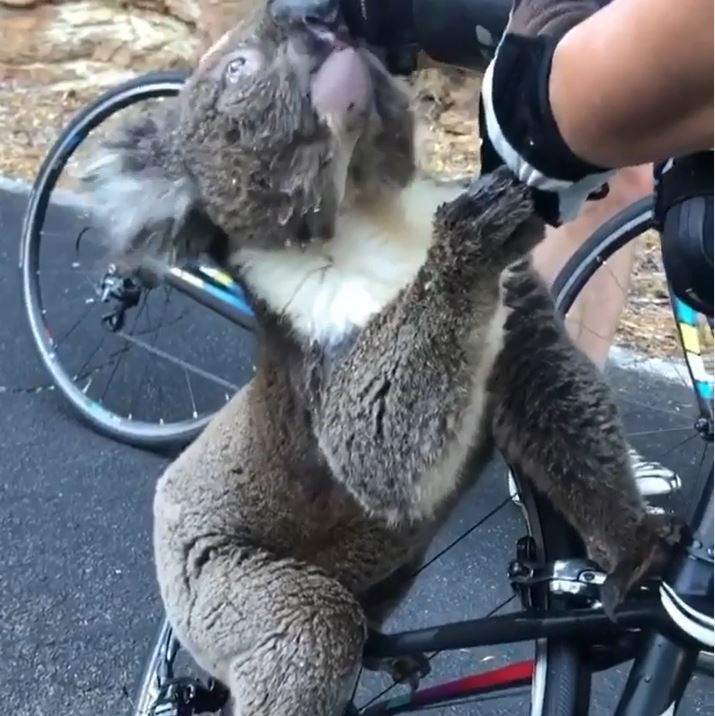 As she puts it, they stopped to help the little tucker off the road and back into the bushes, but the koala had other ideas. As she posted on her Instagram, “This Koala walked right up to me as I was descending and climbed up onto my bike while I gave him water. BEST THING TO HAPPEN TO ME ON A RIDE EVER.” 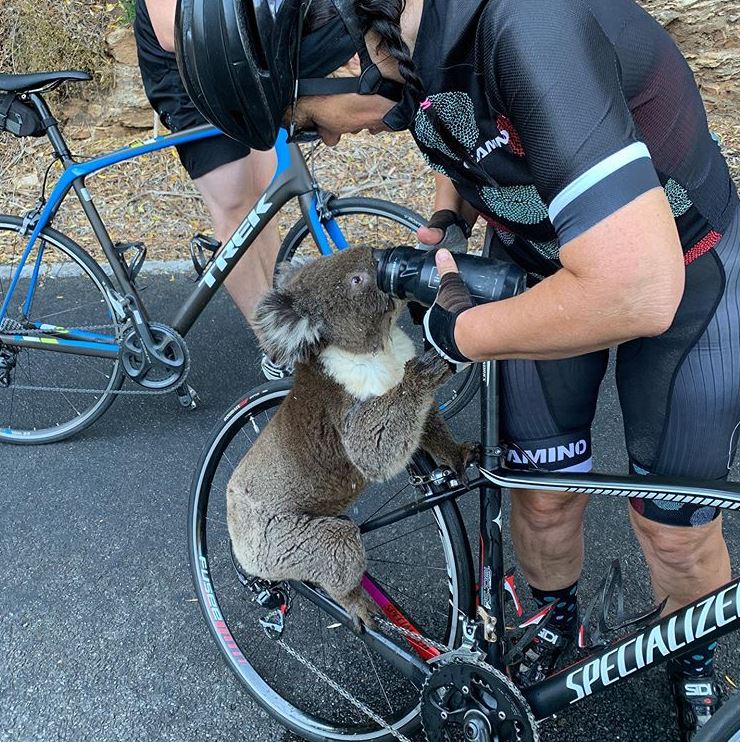 Watching the footage, you’ll see exactly how it pans out, but while it’s obvious the koala’s f**ken thirsty as hell, what we find remarkable is how brazen it is. To put it simply, it must have been pretty bloody desperate to approach people. That’s really not their modus operandi, especially if there aren’t fires in the area. 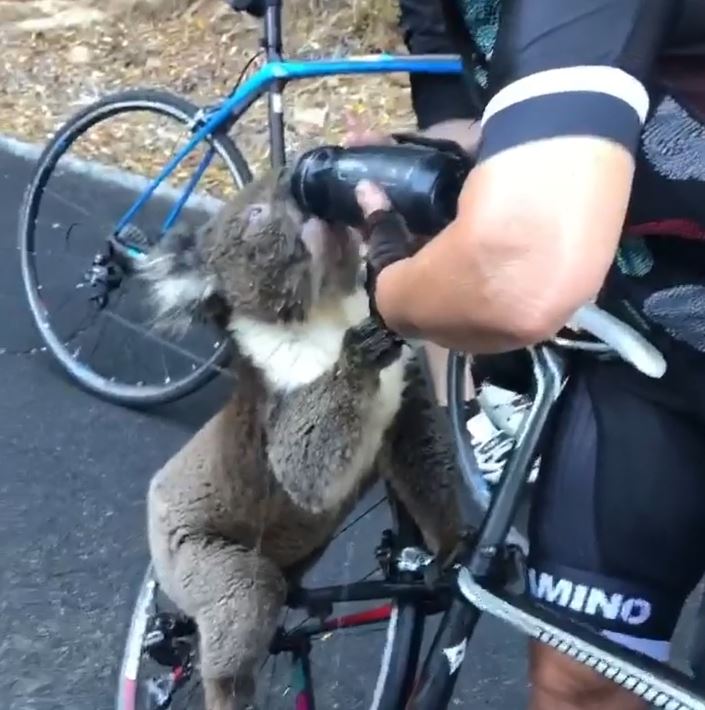 Final thought: You might feel like we’re spamming you a bit with all these koala stories, but the reality is that for wild animals to be reaching out to humans so frequently, something’s gotta be up. Everyone here seems to be pretty worried about the furry little bastards, but thanks to top sheilas like Anna, there’s hope yet.

For all the talk about Ozzyland’s most dangerous critters being ready to f**k you up, we often overlook the fact that one of our greatest little marvels is the bloody koala. These little f**kers are a pretty amazing m...