Give it up for the fire brigade, ladies and gentleman! These true f**ken heroes risk their lives and put their bodies on the line to keep ordinary b*stards like you and I from burning to death on a daily basis. Anyone who knows anything knows that’s not all the firies do though. They cut people out of car wrecks, they rescue people from floods and gas leaks and they save cats from trees. On top of that, they also do a whole bunch more heroic sh*t. 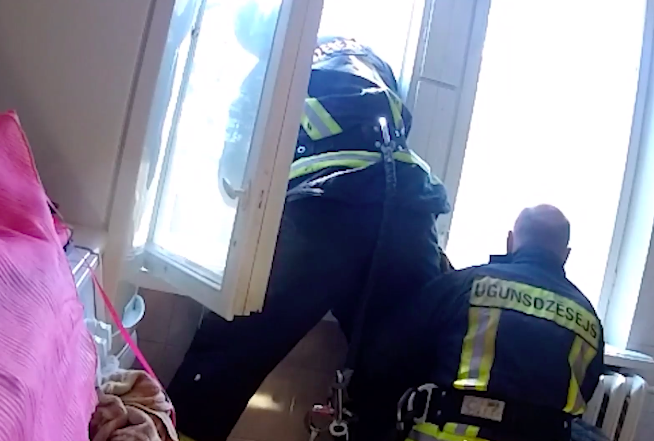 No pressure or anything. Credit: Latvian Fire Service/Facebook

With that in mind, let’s catch the Latvian fire service in action. These bloody legends are hot on the scene of a potential suicide. Obviously running low on trampolines, they’ve devised a top-notch plan to make sure this jumper is less splat and more “Howzat!”

While she is struggling with her demons on the upper levels, several firies have set up shop below. They’ve lined up the angles, they’ve accounted for the wind resistance, and they’ve given Tomass Jaunzems, an absolutely terrifying job. It’s up to him to catch her if – and when – she decides to take a swan dive.

We see Jaunzems leaning out of the window. He’s secured by a harness and one of his mates is holding onto his leg to provide some counter-weight while he looks up and, presumably, shits bricks. 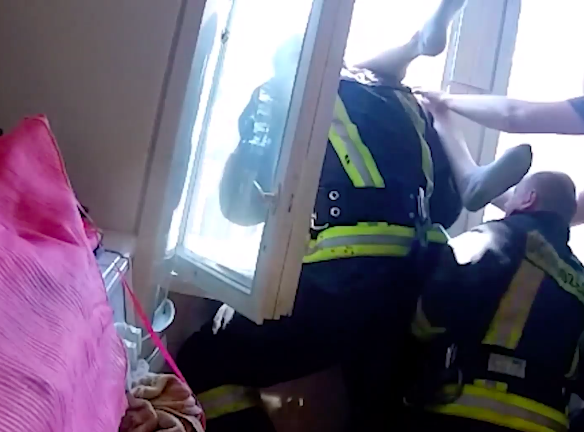 Seconds later, there’s a rush of something going past the window. F**K YES, TOMASS! F**K YES! You bloody legend. He lifts the woman inside the window and she’s safe. Holy sh*t. Does anyone else feel a little emotional watching that?

The Latvian fire service released a statement praising the actions of Tomass and his colleagues, as well as the fast thinking neighbours of the woman.

During the weekend, the VUGD received a call to a multi-apartment building where there was a suspicion that a person was going to jump through the fourth floor window. When arriving at the scene, fire-fighters realised that if they were trying to get into the apartment, one would most likely jump over the window.

Thanks to the neighbours’ response, fire-fighter rescuers could enter the floor in the apartment below and prepare to grab this person in a fall. While one fire-fighter rescuer was waiting for a fall at the window, the other ensured that the interceptors could rescue the falling person firmly. Meanwhile, fire-fighters with mountaineering equipment tried to access people on the sill from the roof of the building, but the rescuers noticed that human hands had fallen and dropped. (sic)

Our work is a very important aspect of courage and self-respect, therefore, the actions of those rescuers of these fire-fighters and the ability to think beyond the usual frames are worthy of praise, as a result of which human life was saved.

The woman was handed straight to a medical team. 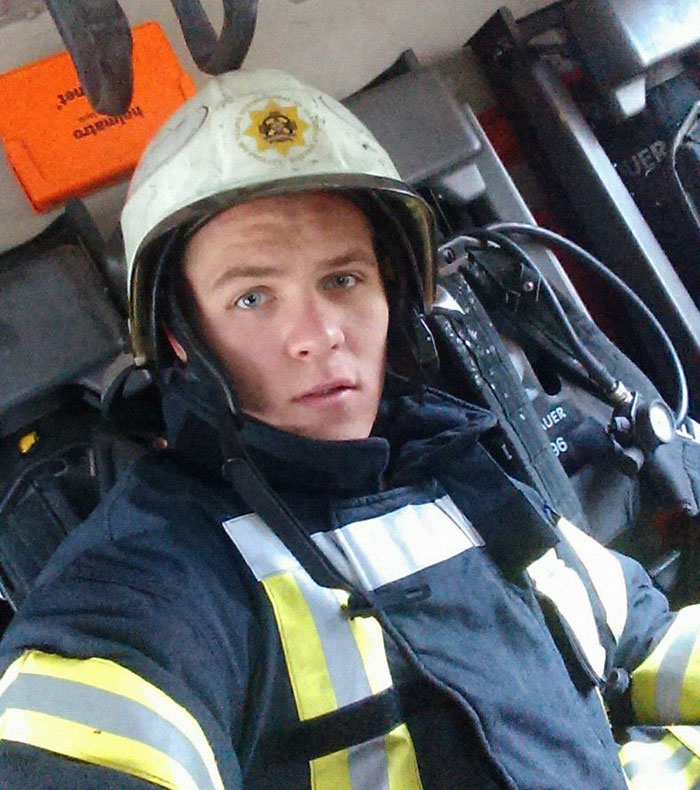 Final thought: Watching this incredible footage really makes you realise that when you’re in the midst of your darkest days there are always people who care about you and – in the case of the firies – go the extra mile to keep you safe from harm. As for Tomass, how could we not give you a Top Bloke Award? Bloody hell!

Anyone having suicidal thoughts should contact lifeline’s suicide prevention line on 13 11 14.