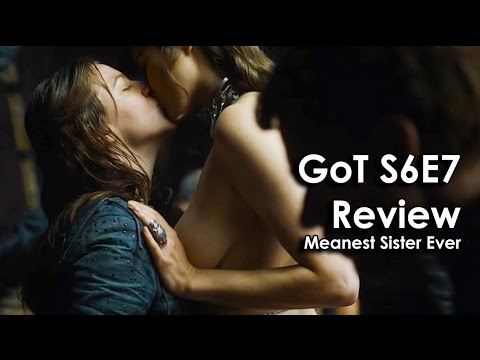 Blackfish! You guys! You guys! Blackfish! I bloody love Blackfish and have been wondering if we’d ever see him again after he left for a life saving piss at the red wedding back in 2013.

I’m honestly equally excited to have both of these top blokes back in my life.

The devastation of war is explored in this episode via Brother Ray’s peacenik community and the smaller houses Sansa, Jonno, and Davos are trying to recruit.

Everyone is tired. Exhausted. Fuck war.

My video review is below. Cheers!

What were some of your fave or least fave scenes?

I would say there’s gonna be a lot of action of the last few episodes.

We have a trial by combat in King’s Landing, a siege at Riverrun, a battle over Winterfell, and Night King forever looming in the far North and probably getting ready to mount an attack on Castle Black.