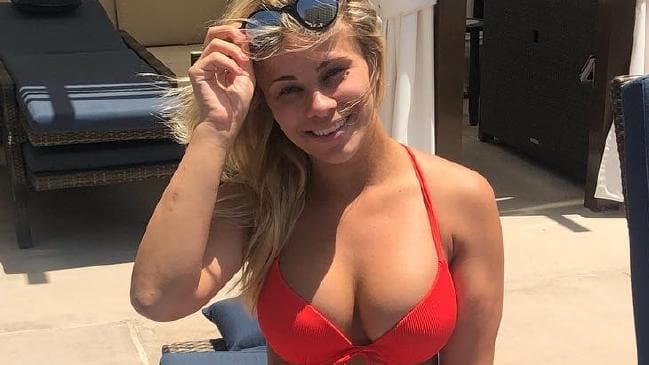 When most Ozzy’s think about two chick’s blewin’, ya mind would naturally wander to visions of two sheila’s, full of goon, pulling each other’s hair and scratchin’, out the front of ya local RSL at 2am… not beaut haha. But UFC fighter Paige VanZant is puttin’ the “ass” back in class as she adds another feather to her professional cap.

Paige is literally the reason you shouldn’t judge a book by its cover. This stunning 24yr old is not just a pretty face. She’s f**ked up her arm three times in the Octagon, punchin’ people in the face for a livin’ and occasionally getting her ass kicked as a UFC fighter. She’s tough as nails and someone that most blokes wouldn’t want f**k with.

Turns out she’s recently been invited to feature in the swimsuit edition for one of the most highly respected mags… Nothin’ like a shoot with Sport Illustrated to get ya on the comeback trail and prove ya no one trick pony!

Normally decked out in cornrows and hand wraps, she’s ditchin’ black eyes and blood for some blush and a blow-dry. Paige has recently been on location in Puerto Vallarta, Mexico; plantin’ herself amongst Sports Illustrated alumni like Chrissy Teigen, Kate Upton and our Ozzy girl Elle Mac. Not bad company I reckon.

Check out the first snippet from the shoot:

Final Thought: I’ve got two daughters me’self, and if they can combine their femininity with this level of badassery? I am down with for that s**t. Paige is building a brand, conducting herself like a f**ken star, no controversy, not B.S. Just kickin’ ass and getting paid like a BOSS.

Paige’s swimsuit shoot will be featured in the May 2019 issue of Sports Illustrated. Check out Paige’s Insta for updates.