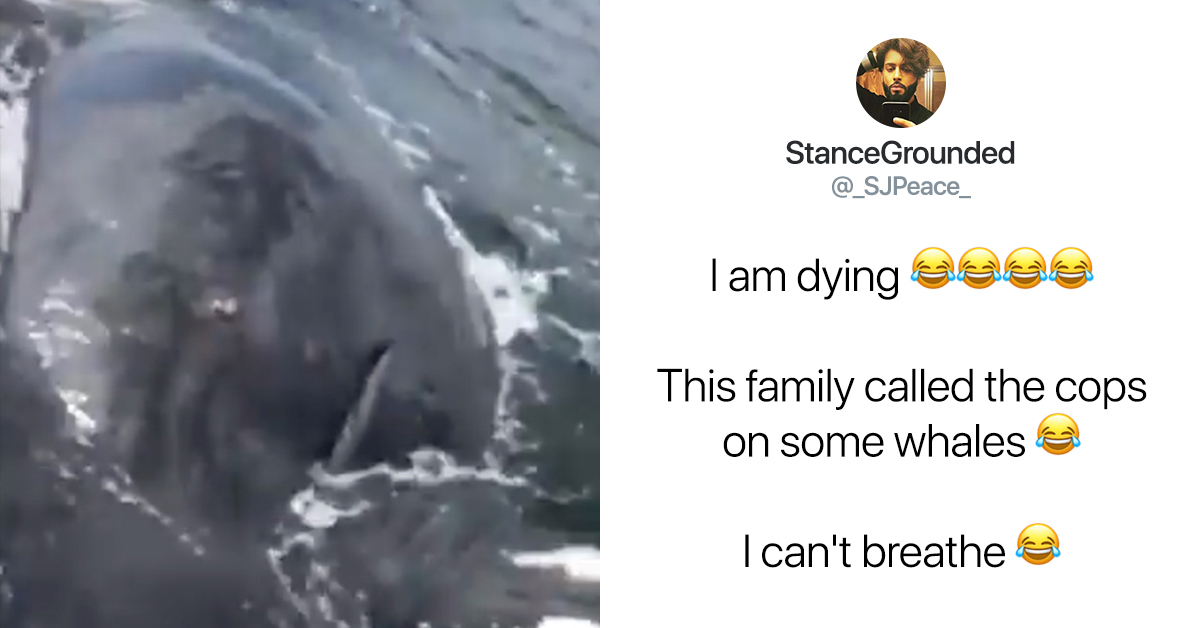 Ridiculous family calls the cops on whales while sailing

Yeah, nah, I’m not sh**ting ya here, but until recently we weren’t actually certain these apparent ‘white people call cops on black people’ videos were real. Before you get your knickers in a twist about that, we know there’s a whole bunch of white privilege and cultural assumptions going on out there in the world, but we weren’t sure people were actually dumb enough to call the cops on people for sh*t like walking through a park. BUT after seeing this video, we’re now convinced people are dumb enough to call the cops on ANYTHING…

Let’s start with our usual disclaimer. We want to give people the benefit of the doubt, we really do. At a big f**ken stretch we can probably say, yeah, sure, whales are big and if they do decide to flip your boat, you’re pretty much f**ked, but there’s a reason most people see whales as majestic, magnificent and bloody marvellous all at once. They f**ken are.

This family called the cops on some whales ?

And a video like this has to have you a bit worried. How can you be confronted with the regal f**ken beauty of nature and resort to hysteria and panic. Take a f**ken chill pill. Whales are great.

Anyway, these guys are out in their boat when three whales come up to say g’day. Of course, as you can guess, the humans don’t like it. Well, Dad does. Dad really likes it. He actually sounds like he’s way too into it. Everyone else, not so much. And that’s why the cops get a phone-call.

As you can see from the posts weaved through the article, Twitter found this sh*t hilarious. As it should. If you’ve ever had the fortune of seeing whales in the ocean, you’ll know that it brings about a special kind of awe. These big beautiful creatures are a real f**ken treat to see. 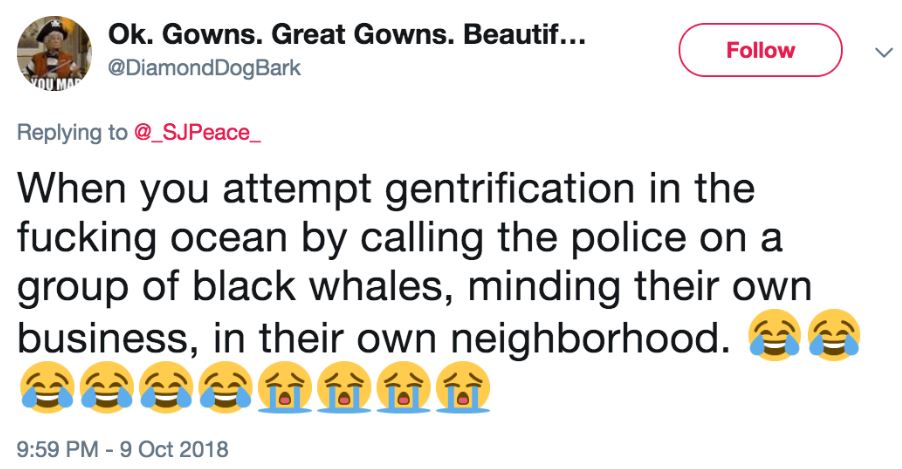 They gonna need some bigger handcuffs

Final Thought: Mate, by the end of this I’m just about hoping the whales do capsize their sh*t. Bloody hell, humanity. Raise your game.