Throughout the ages, the courts have had some pretty unique ways to deal with personal gripes. One of the most notorious is trial by combat. In this scenario, a plaintiff and a respondent would fight it out to decide who was right. You might have seen it in Game of Thrones, and if your knowledge extends beyond television, you might remember it from your textbooks. Anyway, a bloke in the US has just demanded trial by combat in order to settle his custody battle.

Rightio, as we said, the concept has most recently come to popular attention in Game of Thrones, but it’s long been a real method of solving disputes, even if it has fallen out of practice. However, as is the way with old laws, courts haven’t necessarily banned it, and that’s where David Ostrom comes in. Apparently, his ex-wife and her lawyer have “destroyed him legally.” 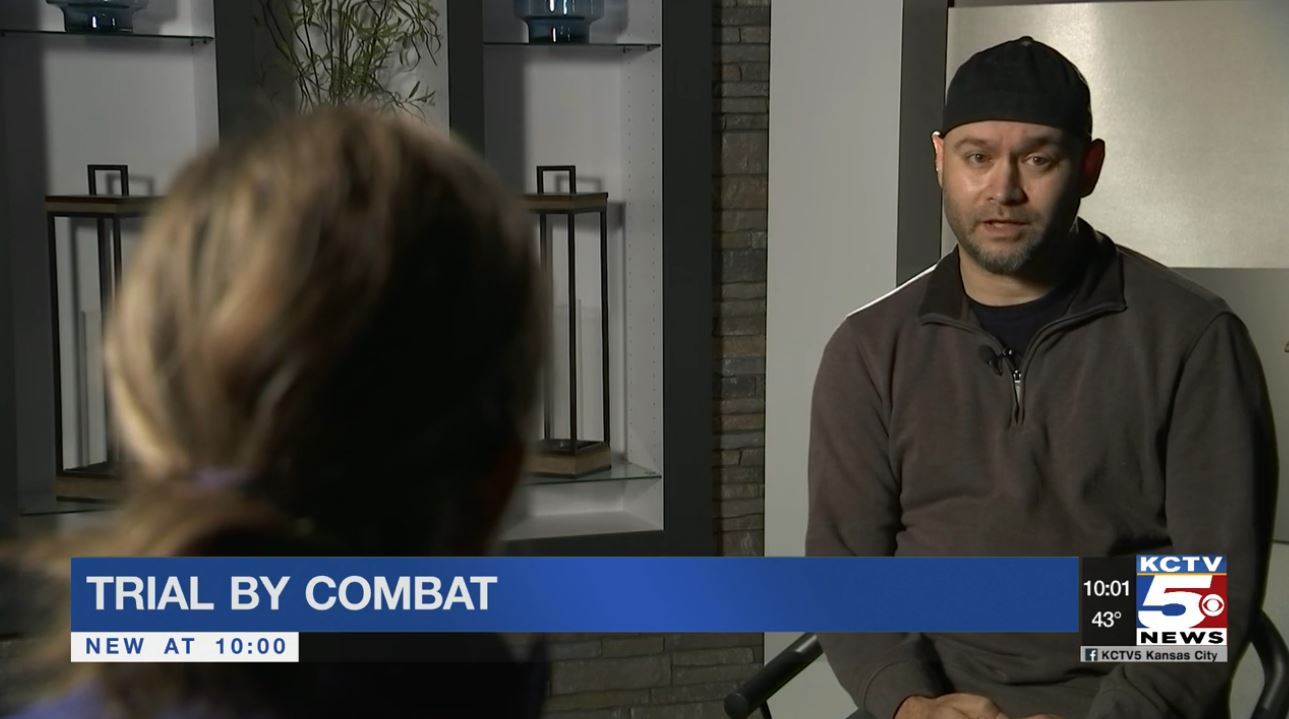 The forty-year-old from Kansas in the States has become pretty fed up with a court-system that sees him cut off from his kids, and left without fair legal recourse to achieve co-parenting. Now, we don’t know anything about the dude, but we all know that a good lawyer can stymie pretty much anything if he’s imaginative enough, and Ostrom reckons his former wife’s attorney has been a real dick about things.

He says the judge has the power to let the parties “resolve our disputes on the field of battle, legally,” because trial by combat “has never been explicitly banned or restricted as a right in these United States.” 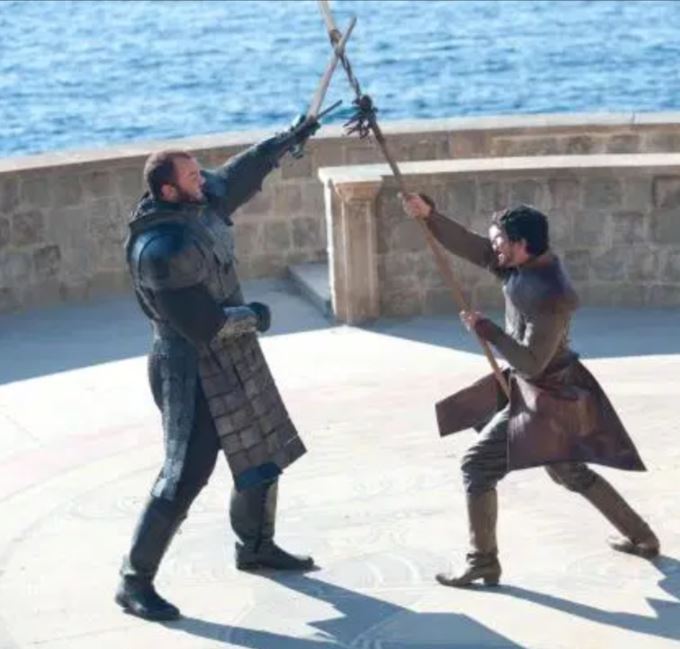 He even asked for 12 weeks to secure real samurai swords for the battle. He does go to great pains to point out, though, that he’s not violent. He’s just over being ignored and shafted by courts that favour women. 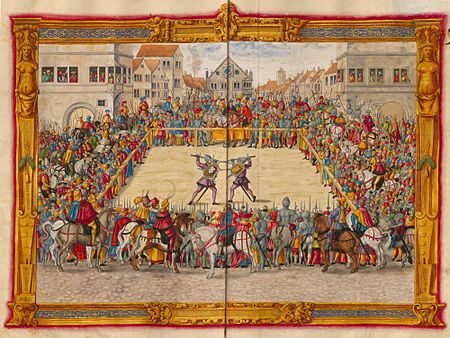 According to Wikipedia, this is a 1540s depiction of judicial combat between Marshal Wilhelm von Dornsberg and Theodor Haschenacker. Dornsberg killed Haschenacker with his own sword.Credit: Wikimedia Commons

His wife’s lawyer reckons that a duel could end in death and that, “such ramifications likely outweigh those of property tax and custody issues.” 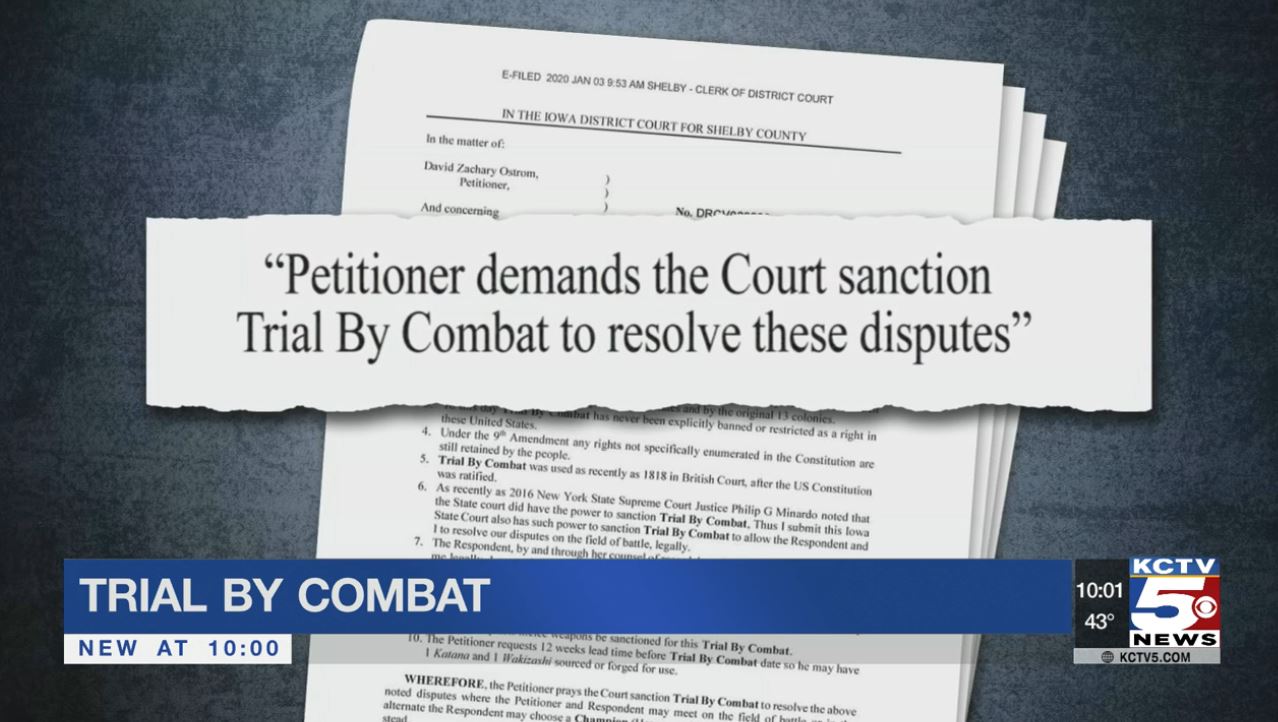 Ostrom just says he wants the issue resolved and he’s been trying to meet Hudson’s absurdity with his own. While it looks like he’s done that, at least he doesn’t want the kids cut in half!

In all seriousness, though, the judge has thrown the disagreement out, citing irregularities with the paperwork on both sides of the case.

Final thought: Custody battles are f**ken s**t for everyone involved, but the kids have gotta be the focus. If it’s about personalities and putting yourself forward, then you need to figure out a way forward. Whether you’re being spiteful or dramatic, you might need to cut it back and just be fair to each other and the tin lids. Seriously.