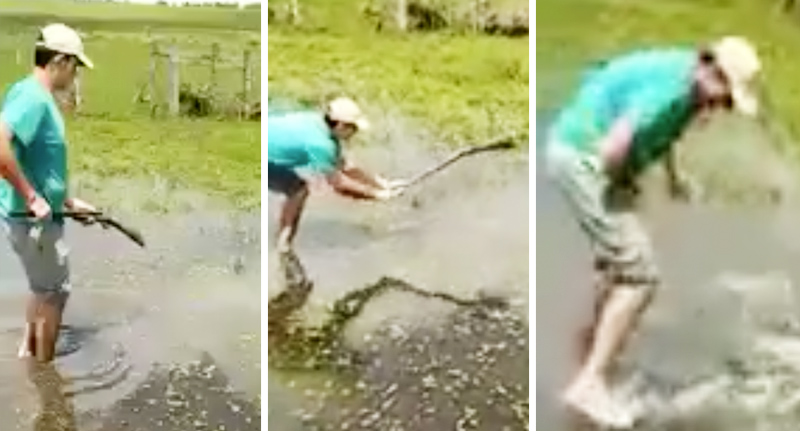 Mate, if you want to see the ultimate reason why you shouldn’t be combining guns, booze and alligators; today’s video is right up your alley.

In it, you can see a none-too-wise bloke from Brazil taunt a gator with the butt of his gun – and blow his own John Thomas to bits in the process. F***ing ouch!

All right, so after having watched this, all I can think is that this guy – who is reportedly a Brazilian ‘redneck’ has clearly had a few.

Why else would you be pointing a gun right at your own wallet and car keys? 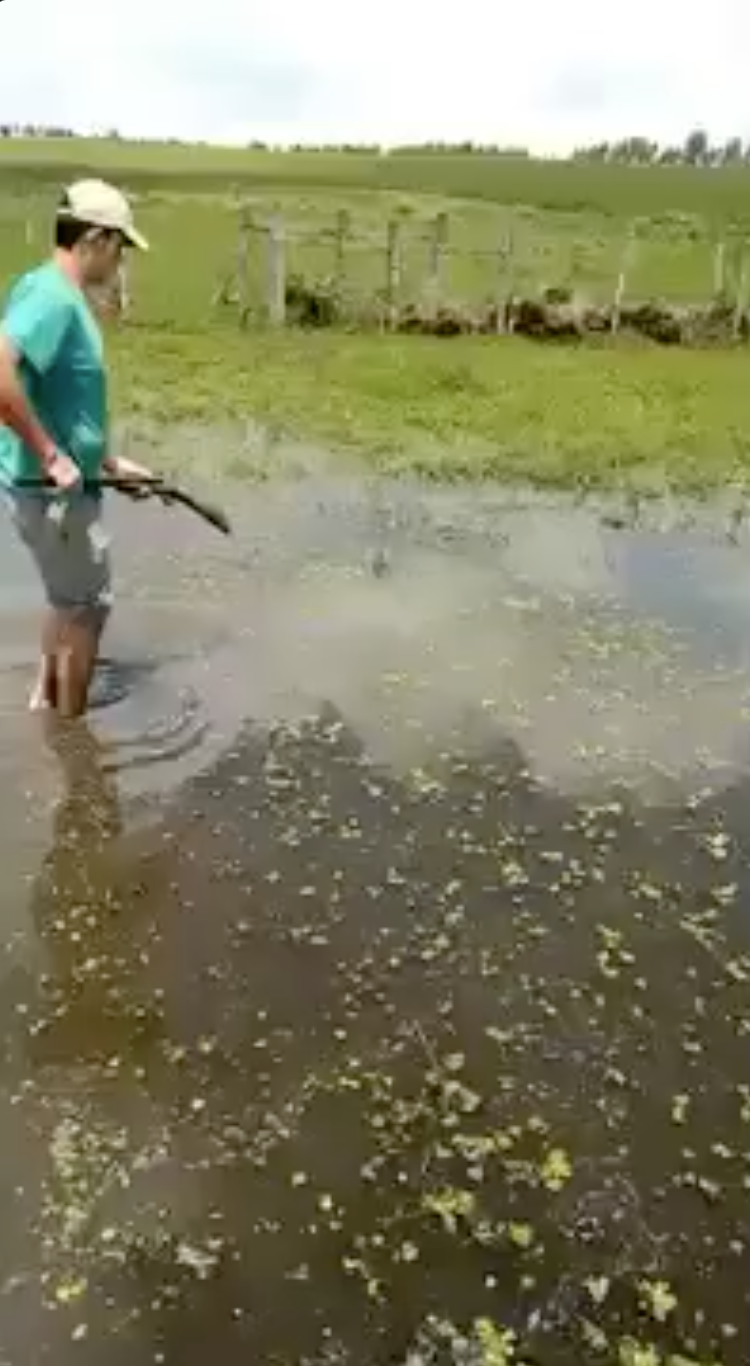 Poking the gator with a stick I can just about understand. I might think it’s foolish, but if you know what you’re doing – and giving this guy the benefit of the doubt, he might – it’s the kind of thing croc-farmers and wranglers do all the time. Pointing the nasty end of the gun at your trouser snake though? That’s just asking for trouble.

Let’s break it down in real-time. He’s in the water, apparently forgetting that his gun is loaded and I don’t know what he’s said to his mate, but there’s clearly some sort of understanding that he’s about to crack the gator one with the butt of his gun.

The gator, just chilling in the murky water, is probably thinking, f*** yeah, here comes another human.  That’ll do for dinner. I’ll have that. 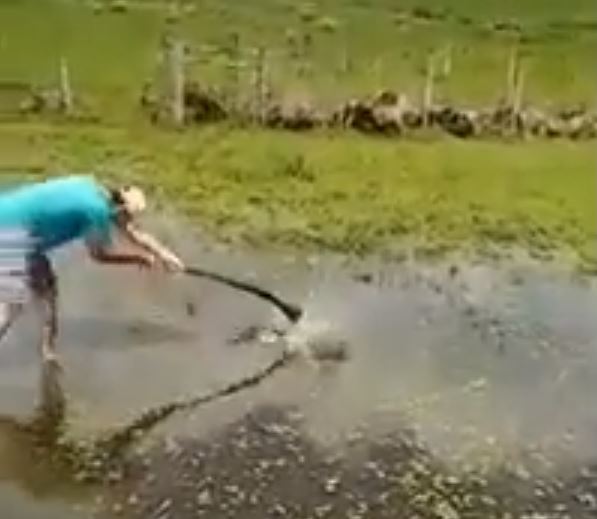 Next thing the gator knows, old mate’s given him a swift crack to the noggin with the butt of the gun but before he can even react in anger, BANG, the f***ing safety switch was in the ‘instant karma, ya dickhead’ position and the gun has fired a blast of hot lead straight into old mate’s dick and balls.

Old mate from Brazil drops the gun in the swamp. It clearly belongs to the gators now, as do his nuts.  He’s put the ‘ball’ into ballistic – or should that be the ballistic into his balls. 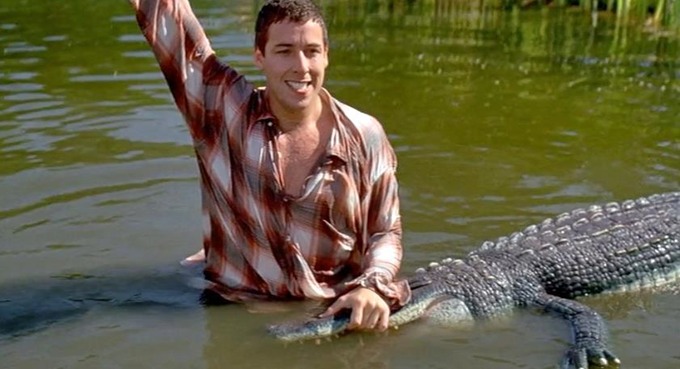 We all know there’s only one man you can rely on to get balls out of an alligator’s waterhole. Credit: Happy Madison Productions

It’s a decision he surely f***ing regrets. What a stooge. What a numpty. What a f***-knuckle.