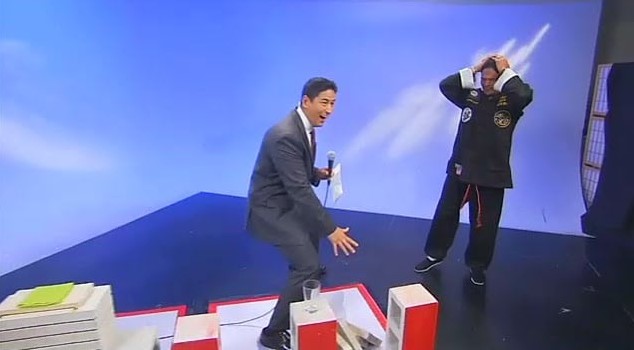 Most of us are pretty bloody aware that showbiz and the world of entertainment is full of smoke, mirrors, trickery and bulls**t. It’s one of those things we’ve just sort of come to accept, but when someone’s making out like their s**t is real, it makes it pretty funny when something goes wrong and they’re shown up to be the bullcrap artists they are. Unfortunately for Shaolin Kung Fu Master, Bruce Silva, he wasn’t expecting to be so publicly humiliated during a recent appearance on Hawaii’s Sunrise show.

Bruce appeared on the show to promote an upcoming world record brick-breaking attempt. The premise was simple, he’d break the f**k out of some bricks in entertaining ways to gee up interest for the record-tilt. 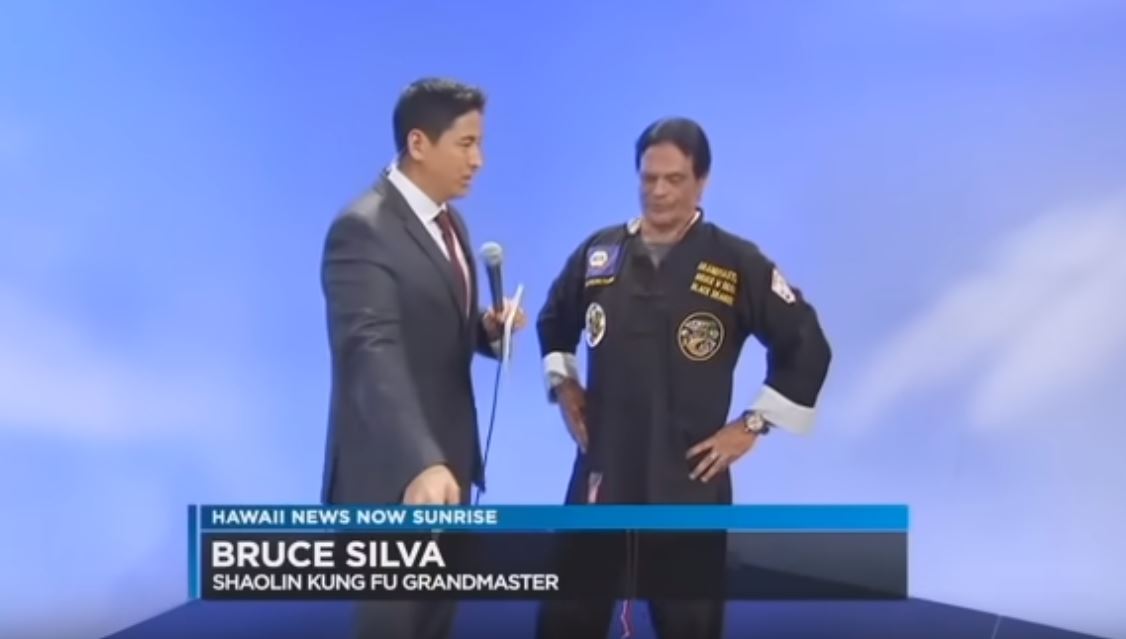 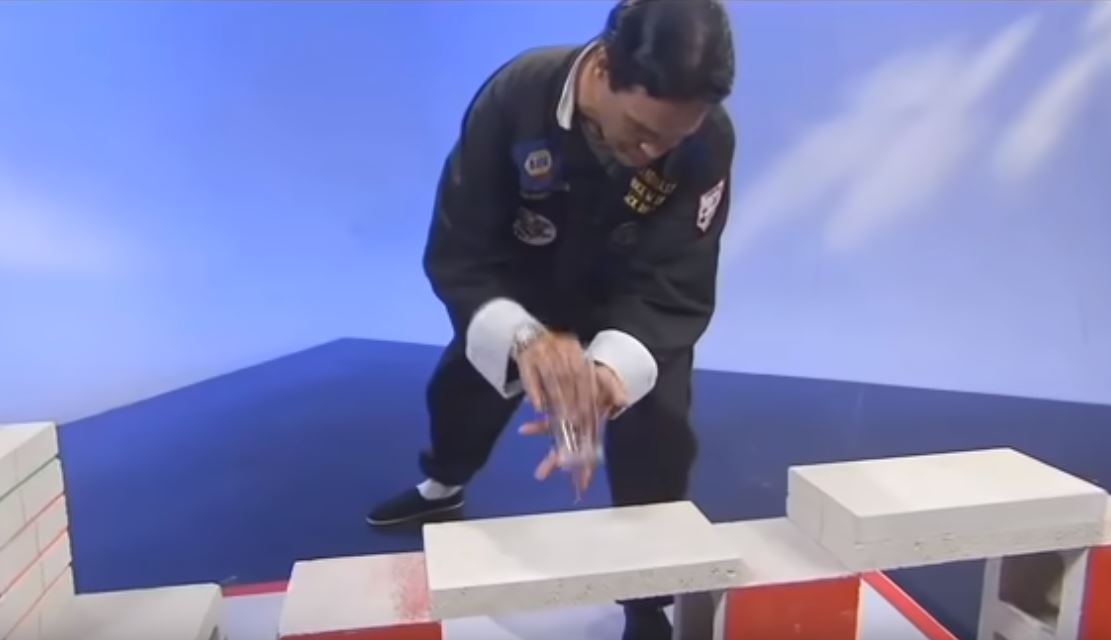 As you can imagine, the bricks fell. In fairness, and in giving Bruce the benefit of the doubt, we understand why you’d fake it for the cameras here. It’s a victimless crime and people want simple entertainment. Why risk f**king it up on live television?

Old mate Steve pretty much loses his s**t and can’t stop laughing, but Bruce takes it well and they pass off his attempt as Steve not knowing his own powers. Thankfully, the catastrophe didn’t stop the Grand Master from moving on with his bit and ‘breaking’ the other bricks with his head. 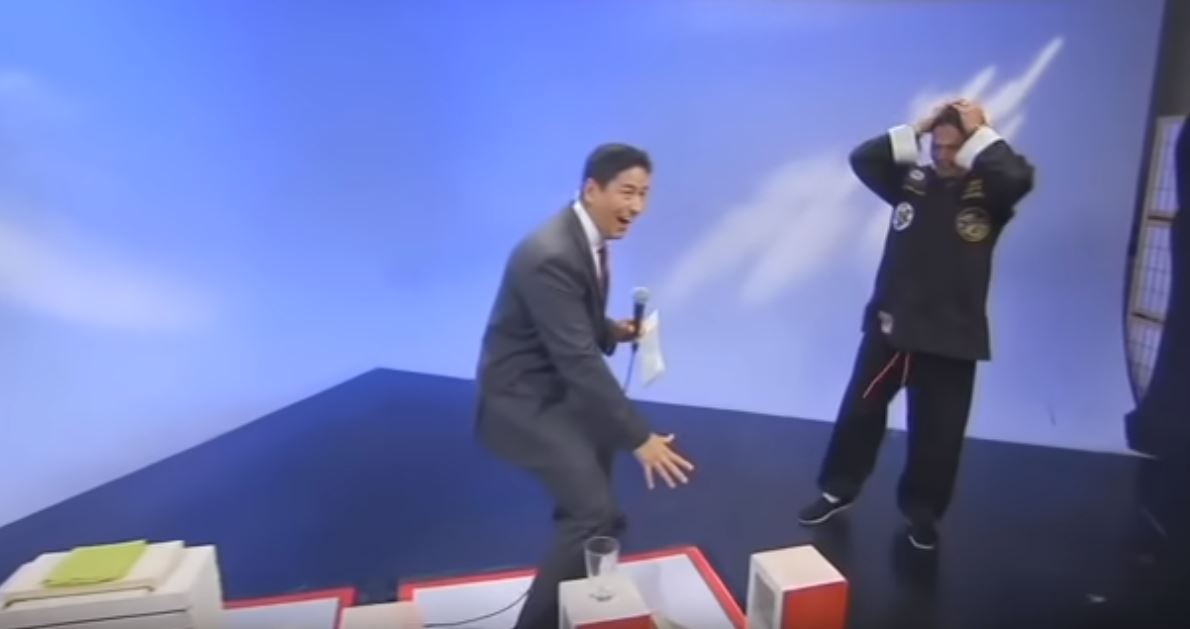 When he’s done, Uyehara says, “You know what, either way, that was impressive. Lots of discipline goes into martial arts…”

Final thought: Look, we don’t know whether Bruce is really a faker or not, but according to the clip he’s having a crack at a world record, so we hope he can actually put his money where his mouth is. Those blokes from Guinness take matters pretty bloody seriously and you can bet they’ll be poking and prodding the bricks too!