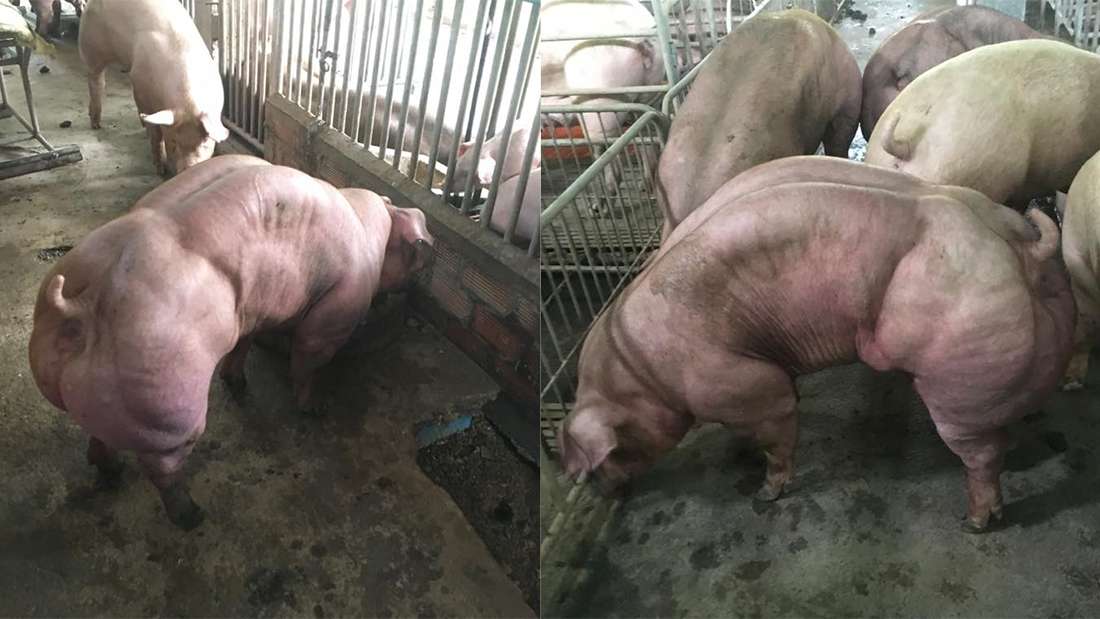 Look, I don’t mean to be a dick about it but society has…expectations…yeah, expectations about the way pigs are supposed to look. You know what I’m talking about: they’re usually a little hefty, a little tubby, a little on the portly side.  And that’s OK. We know pigs are heavy set. That’s why we might call our fat b*****d friend a porker. It’s not nice; it’s just something we do.

Of course, your chubby mate might not feel so bad if he’s seen these f*****g staunch pigs from Cambodia. I tell you what, if you’ve ever read Roald Dahl’s poem The Pig from his Dirty Beasts collection, you might imagine that murderous swine as one of these monsters. If you’ve ever read something a little more intellectual you might imagine them as exactly the kind of pig Napoleon in George Orwell’s Animal Farm would love as an enforcer. 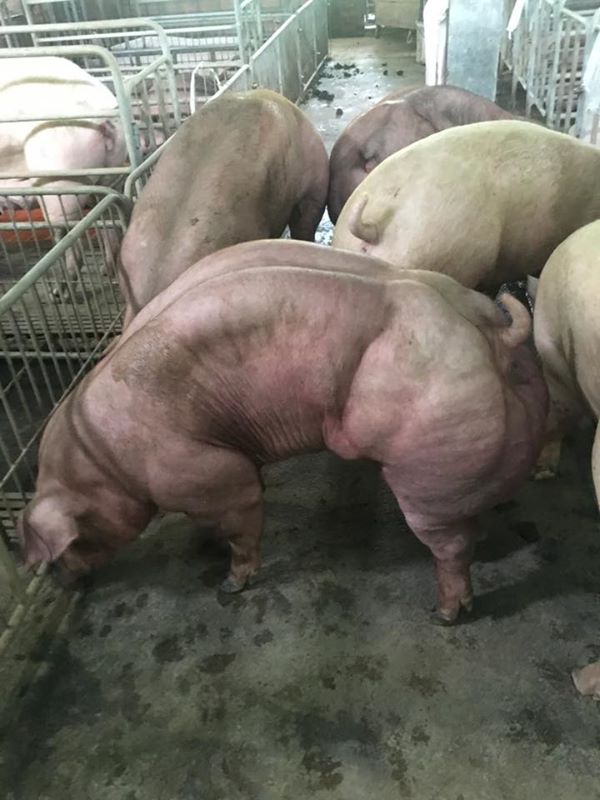 Of course, pigs don’t get to be like this unless something pretty funky is going on and the Cambodian farm that’s been sharing their photos on Facebook has come in for heavy criticism.  PETA is claiming they’ve been genetically altered.  In a blog post they said the pigs are victims of ‘frankenscience’.

The video posted to the internet shows the pigs have trouble walking, and frankly, they’re f*****g ripped. They look like they’ve been pumping roids and busting out double sessions in the gym. 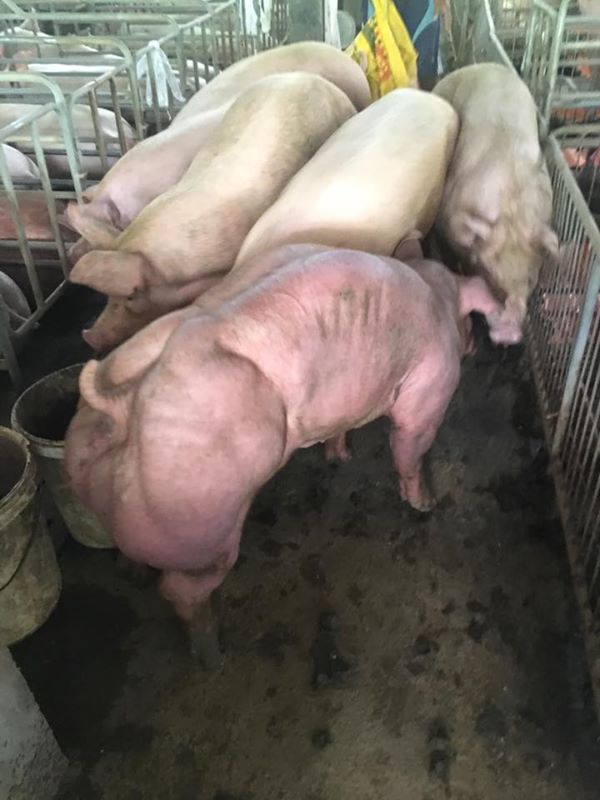 Now, I know PETA isn’t happy, and frankly they probably have every right, but I for one can’t help wonder if the bacon on them is any good. I don’t know what the science is behind muscles and tenderness and flavour in meat, but I kinda think the chops would be a bit tough.

The reason it’s done though is that demand for pork is increasing and extra muscle mass means more weight in each delicious slice. That pretty quickly becomes more profit. 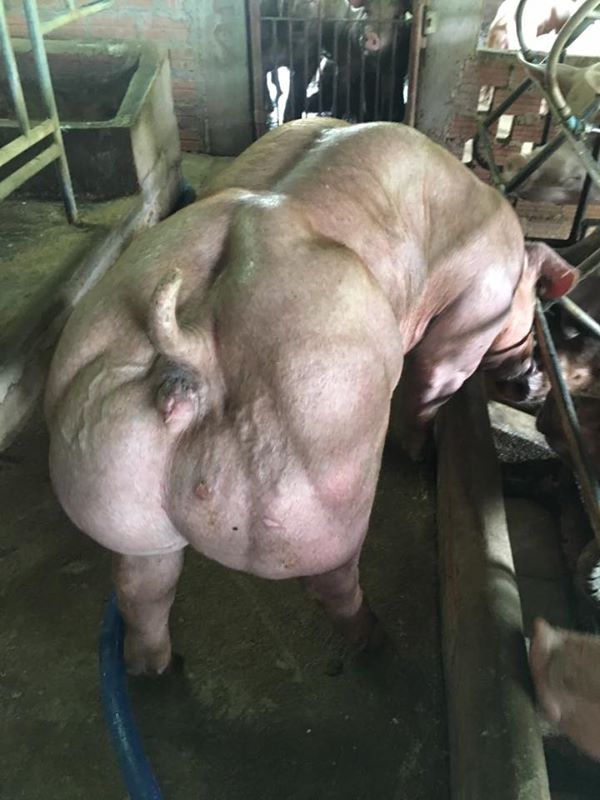 ‘Now don’t you go messing around back there or I’ll clench my butt cheeks and rip your dick off.’ Credit: Duroc.Cambodia/Facebook

Now how about this genetically altering ‘frankenscience’?  Yeah, it’s possible.  South Korean scientists have done it before, by tweaking the gene related to muscle-mass.  But as Newsweek suggests they’ve probably just been bred that way.  Either way, f*****g buff pigs.  The big bad wolf wouldn’t want to mess with them any time soon.