For those of you who’ve only just begun the whole working from home thing, there’s undoubtedly some getting used to it. Yeah, nah, when you consider that your camera placement might mean you’re effectively inviting your colleagues into your home every bloody day, it might mean you’ve gotta spend a bit of time tidying up. It also might mean your hovel is set to be exposed to the world. Of course, there are ways around that. Just ask Andrew Eckel…

Eckel, a software engineer and muso from Cambridge Massachusetts wasn’t having any of that sh*t. Yeah, nah, he woke up in the morning, took one look at his floordrobe, and the pig-sty he was was calling a room before the light-bulb in his head flicked on and he experienced a moment of inspired genius. 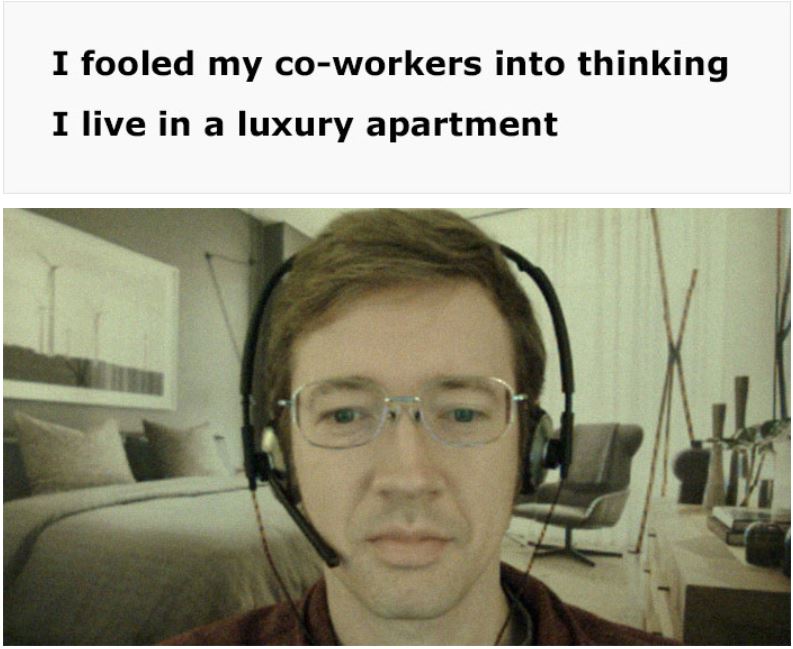 He reckons, “A lot of people aren’t really in the habit of making their beds every day, and I can’t be the only person who didn’t want to show a messy bedroom this week. I thought the prank would appeal to a lot of people.” 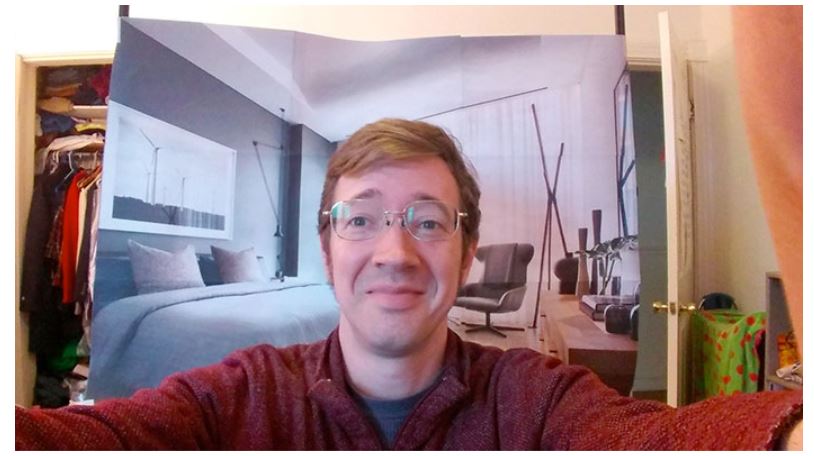 He wasn’t wrong. People bloody loved it. “Within 10 minutes of making my Imgur post, it had a comment under it from Sarah, the co-founder of Imgur. My favorite comment on Imgur was a suggestion that I make a new backdrop, of a room that looks totally normal but is upside-down. It wouldn’t fool anyone; it would just look really funny. I think I’ll do that.” 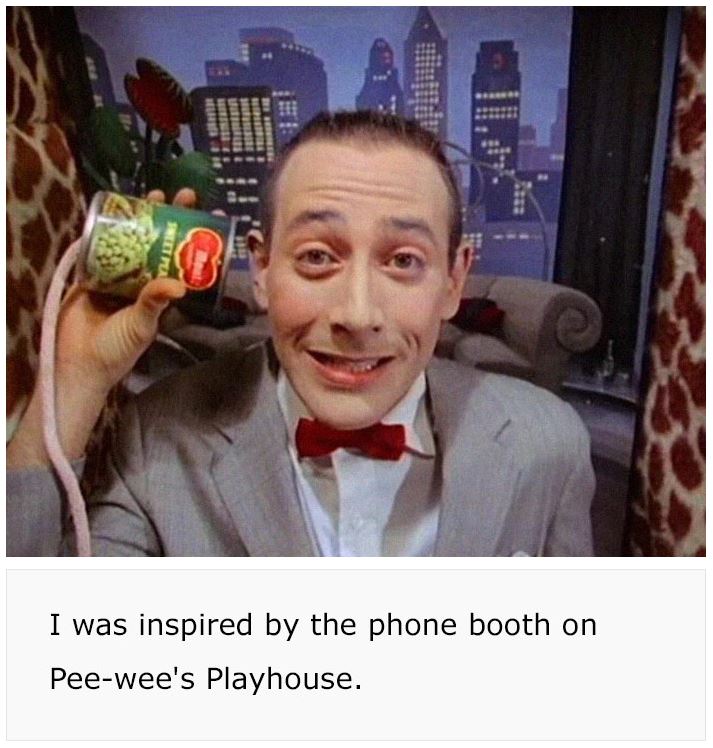 If you’re wondering how he came up with the idea, he channeled Pee-wee bloody Herman. Eckel reckons he took the idea from the phone-booth Pee-wee used in Pee-wee’s playhouse. As you can see from the images, he kept the gag going for a while before finally fronting up. 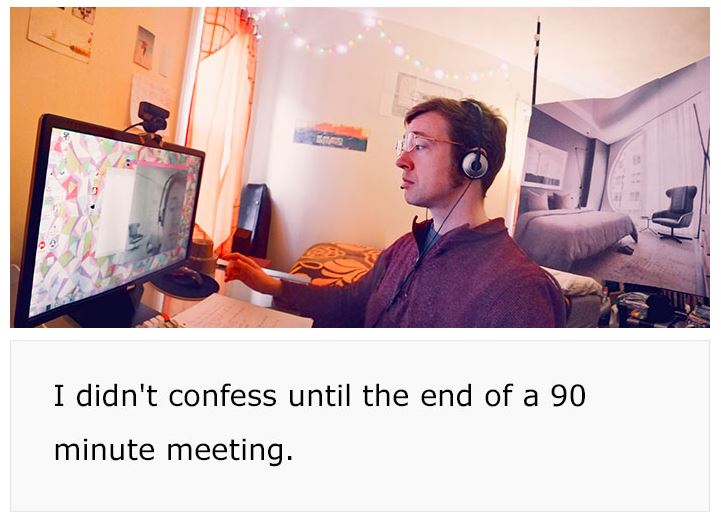 “I told them that before we all hung up I wanted to show them what I had ‘made’ over the weekend. They said sure, and I said, ‘It’s back here, by the window,’ pointing at the paper backdrop. Then I tapped on the paper and zoomed out the camera. They were laughing and laughing, especially when I moved the camera around the room to show them how flimsy the backdrop was that had fooled them all.” 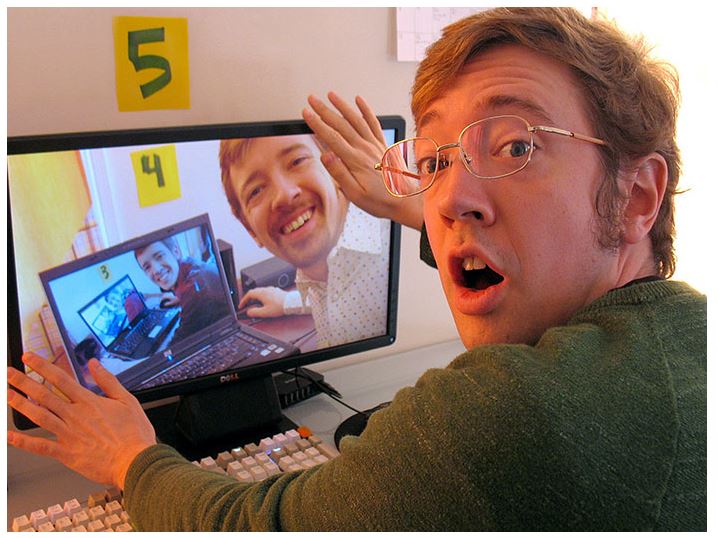 Final thought: Seriously, that’s classic bloody Andy, that one. Let us know if you’ve done something similar to f**k with your workmates while you’re working from home.