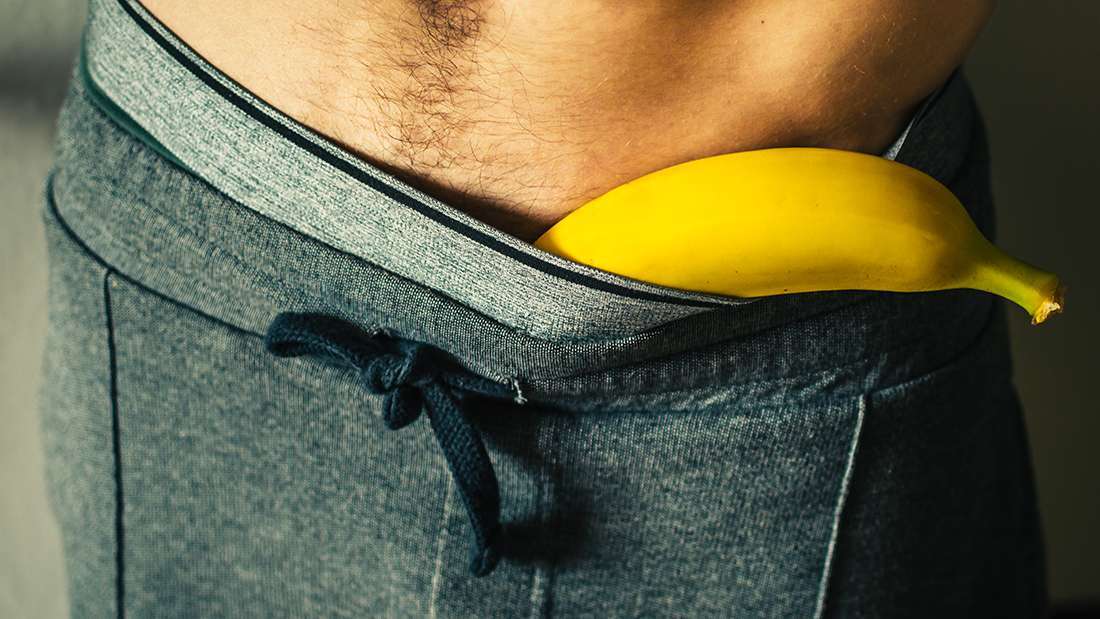 After hitting his taint, bloke ends up in hospital for 9 days with grade IV erection

Ok, let’s talk boners. Obviously, inappropriate boners can be funny. At a certain age, they can strike at any time, but what we reckon plenty of you don’t know is that if you cop a hard enough strike to the perineum, you can develop a boner that won’t go away without medical intervention. And, just in case your mind’s in the gutter, we’re not talking about the kind of intervention a sexy nurse can provide.

The reason we bring this up is that the journal Case Reports in Urology has just shared the story of one bloke who’s had to endure a raging stiffy for 9 days. Deadset, doctors even graded this particular hard-on as a IV on the boner-scale.

#British man suffers NINE-DAY erection after falling from a moped and bruising his genitals
The 35-yo man bruised his perineum – area between genitals and anus – in the crash
Injury caused a constant flow of blood which generated a 'Grade IV' erection pic.twitter.com/wNsmhr48IA

In their report, they recorded the following: “On examination, there was a grade IV erection with a rigid base and shaft.” Yeah, nah, apparently, IV is the highest grade for your ramrod, and this bloke had one for nine days.

Of course, we’re all back to front here and we know you just want to find out how it happened. Well, the 35-yr-old Pommy bloke fell off his moped, and took a bit of a knock to his gooch (the bit of skin between your bollocks and your butthole).

I have a question? Who knew there was a Erection Hardness Score? Wtf was it created?

"… he was classified as having a Grade IV erection, the highest tally on the Erection Hardness Score, which is a real thing."

Apparently, the horn wasn’t causing him any pain. Apparently, he couldn’t get it to disappear manually, and he ended up going into the doctors. They decided it was caused by unregulated pooling of blood within the sinusoidal space propagating a nonischemic erection due to the continuous supply of oxygenated blood’ and that they needed to provide a ‘timely intervention’.

At that stage, we reckon old mate must have thought it was his lucky day, but unfortunately for him, they knew they could kill the wood was caused by stopping the blood blood flowing to his schlong and were planning to give him an injection to block the flow of blood.

“Once at the ER, he was classified as having a Grade IV erection, the highest tally on the Erection Hardness Score, which is a real thing.“ https://t.co/W486nbL9KU

So there you have it. Try not to take a whack to the taint. It’ll give you a raging stiffy that just won’t quit!

Final thought: Obviously, our thoughts go out to anyone in this situation. So, look, if you’ve got a boner that just won’t quit and you can’t handle it yourself, go to the doctors. You never know, they might be able to give you a hand with it.