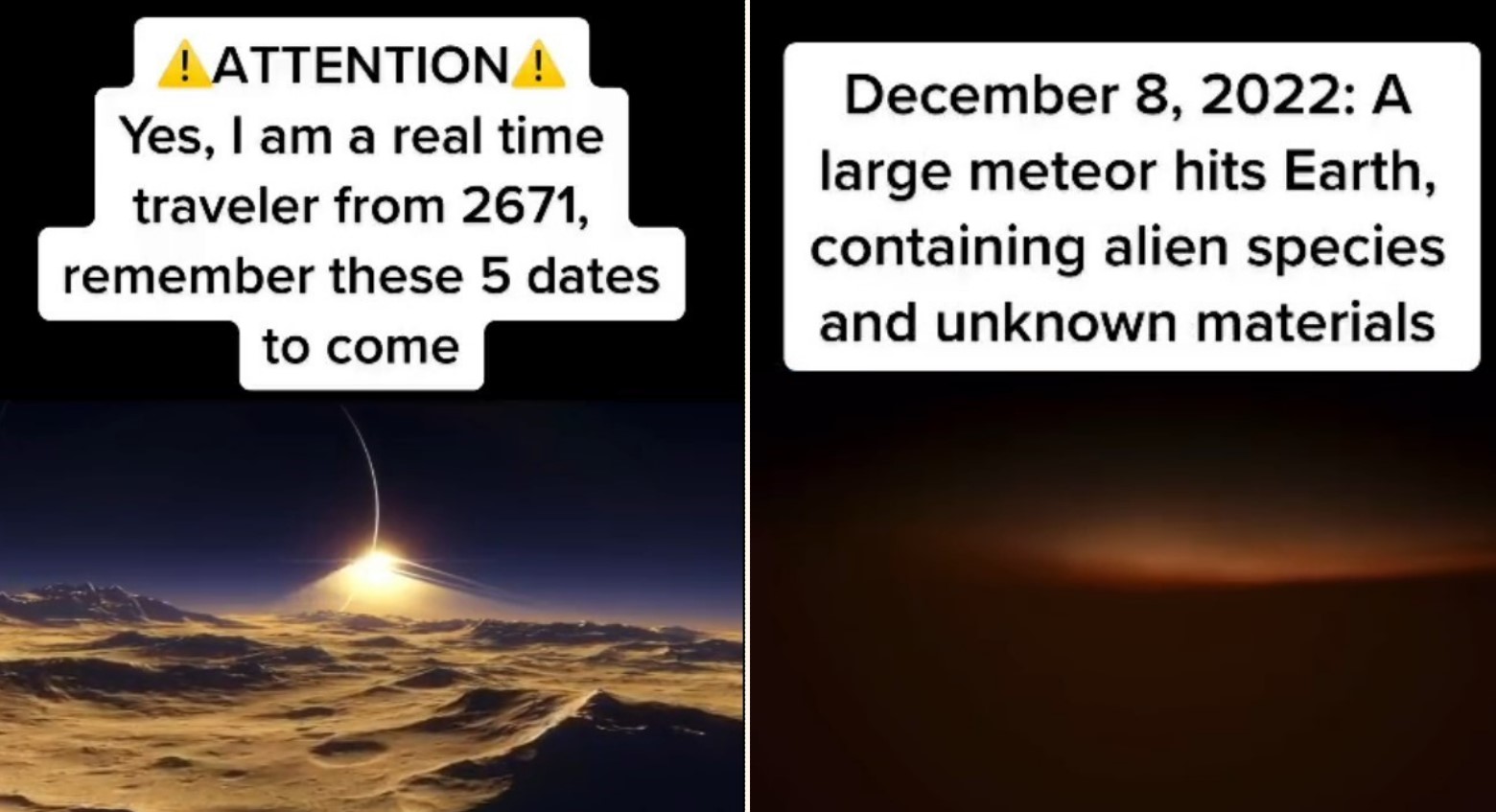 Let’s be honest, we all know that the folks who take to social media to claim they come from the future are either a few circuits short of a flux capacitor or in it for the laughs, but if you’re anything like us, you’re probably drawn to just what they have to say. After all, it’s not often you get this level of bats**t in your everyday life, and when this lot’s about, you get it for free. Still, just for safety’s sake, you’d better pay attention to this warning about a potential alien invasion.

To get you started, we’ll just assume that plenty of blokes and blokettes in the comments section don’t know much about Eno Alaric, the time traveller from 2671. According to their TikTok description, Eno Alaric is ‘from the year 2671, mankind is on the brink of destruction,’ and they’ll reveal their face when they hit a million followers. 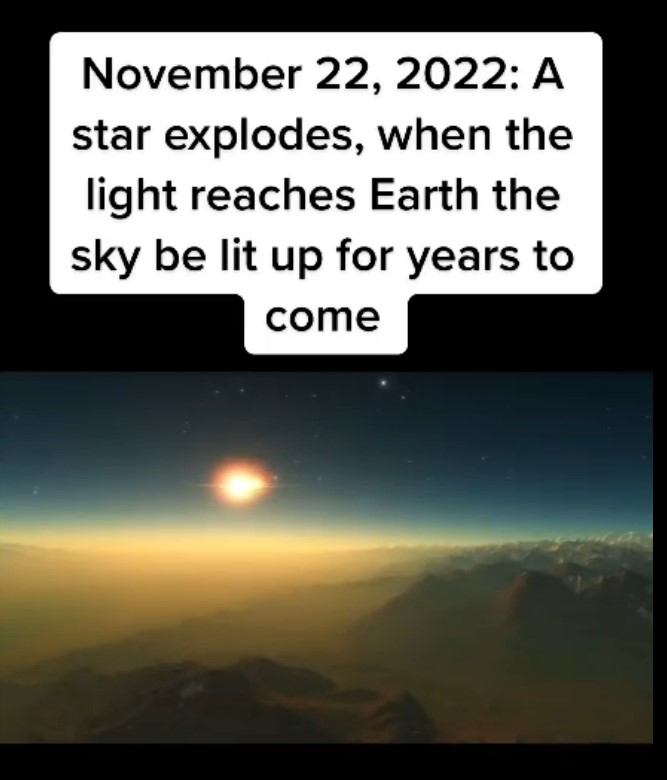 Their first TikTok saw them saying they had come back this year because ‘dark times’ were coming, claiming, “I hope that I will be able to change what the future has in hold for you all by warning what is to come.” 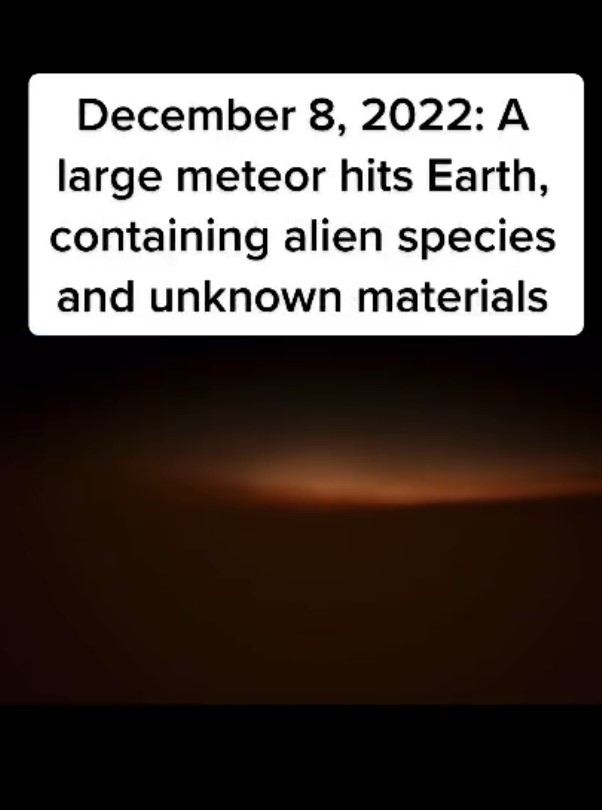 The latest video is why we’re here, though. In it, they say that on December 8, s**t gets hectic. Apparently, that’s when a large meteor containing alien species will hit earth. The video starts with a caption that reads, “ATTENTION! Yes, I am a real time traveller from the year 2671, remember these five dates to come.” 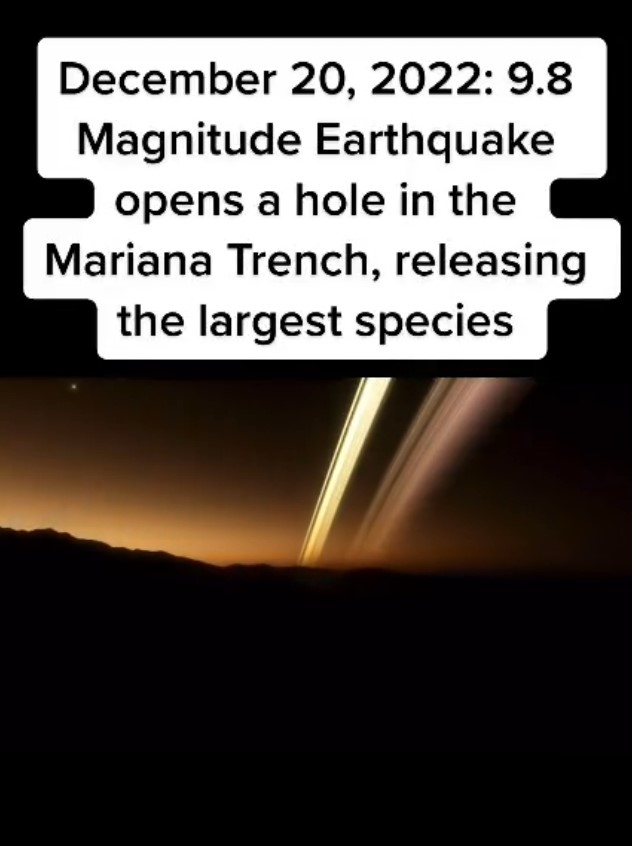 We’re not gonna lie, the claims are pretty f**ken outlandish, but if they did come true, s**t would be pretty f**ken interesting on planet earth. Yeah, nah, they reckon we’ll see a cross-bred human and chimpanzee, massive bugs discovered, an earthquake releasing the ‘largest species’ from the Mariana Trench, a meteor containing alien species hitting earth, and a star exploding. 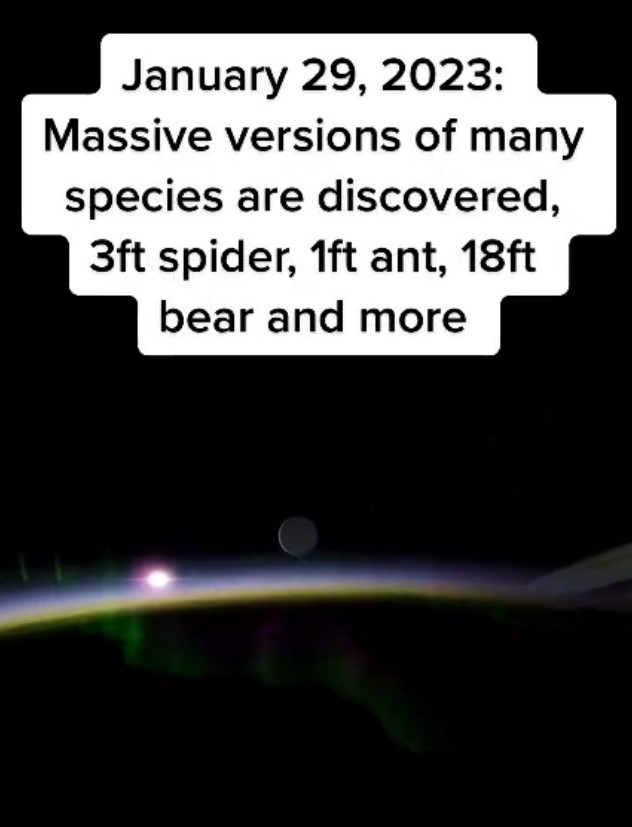 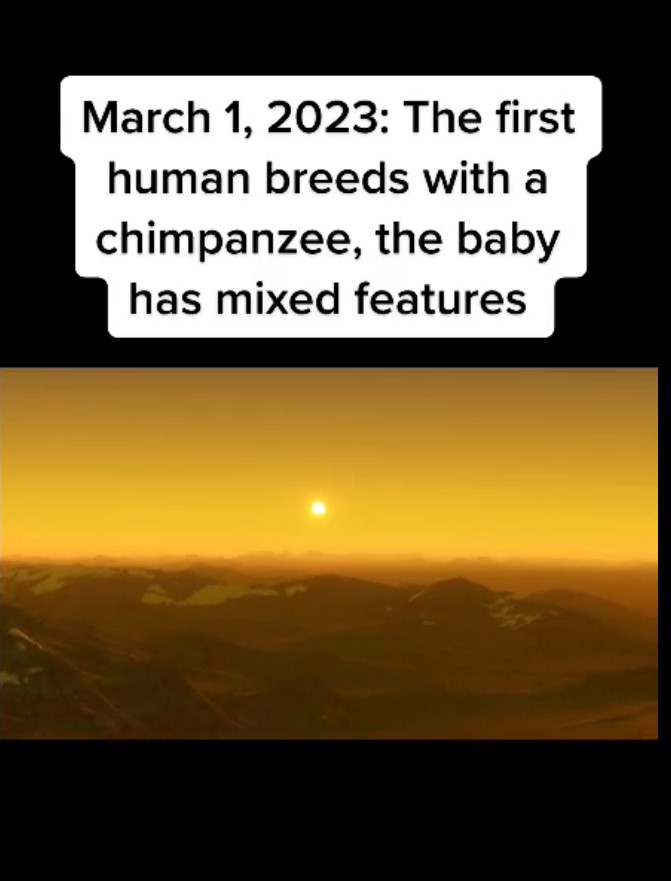 Final thought: It’s probably fair to say that this is just a bit of entertainment and probably a mild troll. Still, just to be on the safe side, we recommend you get yourself a tinfoil hat and a towel. Yeah, nah, seriously. Don’t take any chances.

Just in case you missed it, here’s one of Ozzy’s latest commentary videos…What Even is Gravity? Destination Perfect (Vol 5)