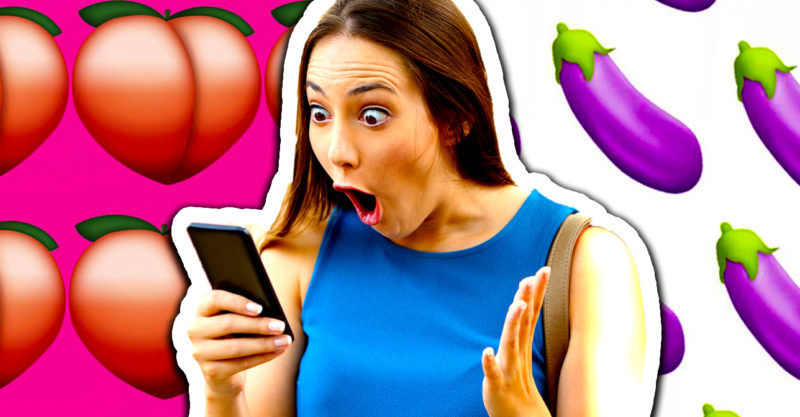 Anyone with any sense of common decency knows that you don’t bloody well swipe through someone else’s photo gallery. It’s just not the done thing, and if you do go ahead and do it, whether it’s an ‘accident’ or not, you need to be prepared for horrifying s**t to pop up. Just ask this Reddit user…

Right, Reddit user Notsobigafterall1 is today’s unfortunate. And, lo and behold, his username is pretty f**ken spot-on if you go by his Reddit story. He starts in classic TIFU (Think I f**ked up) fashion. “So this happened a few days ago and I’m still not sure I’m 100% ready to tell the story but here goes.”

“I’ve been with my girlfriend for about a year and I already know she is the love of my life. She’s perfect for me. We’re perfect for each other. We’re getting ready to move in with each other and I want nothing more than to start a family with her and spend the rest of my life with her.

We went on a short vacation last week and when we returned she gave me her phone to look at some photos from the trip.

She went to the bathroom while I had her phone, and as I was scrolling through the pictures it kind of jumped to a period that was about a year and a half ago. If you have an iPhone you know what I’m talking about, you scroll a little bit too fast and all of a sudden you’re back at the start of the photo album. It’s annoying as hell.

But some photos caught my eye. Some photos that I really shouldn’t be seeing, of her and a previous boyfriend.”

In case that’s not all a dead giveaway, this bloke swiped too far and found out something he didn’t want to about his missus’s ex. That mother**ker was hung like a beluga whale. Deadset, he reckons we’re talking baby’s arm holding an apple. The kinda cock that turns a birth canal into a girth canal.

I could see another thumbnail of her comparing the size of his dick to her forearm with a look of wonder and glee on her face.

I closed the pictures and I’ve acted like nothing has happened, but I cannot get these images out of my mind. I’ve never been self-conscious about my dick size – in fact if you believe the stats I’m significantly above average, but this has destroyed my self-esteem.

We haven’t had sex since. I can’t concentrate on my work. I just wish I had never seen those damn pictures.

In fairness to the dude, he really needs to not worry about it. His chicky-babe is with him and that’s what matters. And you know, if he’s really that worried looking at his missus posing with her ex-boyfriend’s gaboon viper of a schlong isn’t his proudest wank, he can always come clean and tell her.

Never fear though, the lads over at reddit know how to make a brother feel better

Final thought: Obviously, this is a bit of a sad story, but really, who cares if your girl’s ex was Mandingo? It least it means she probably really likes you for who you are, right?

By now, our love of dogs has been well and truly documented. We reckon they’re f**ken grouse. Deadset, if there’s a dog on the street, we want to pat that little bugger. We want to throw them a ball and give them a bl...