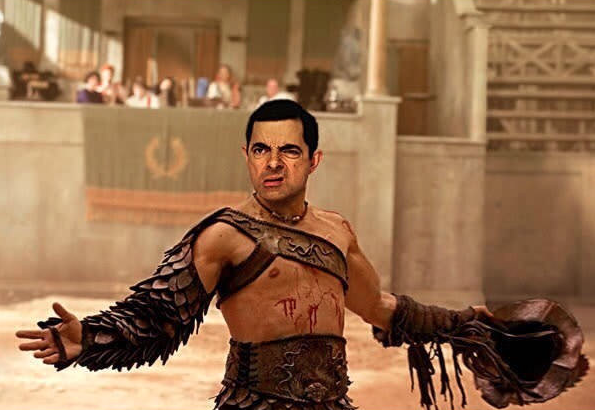 The Internet Has Gone Crazy Photoshopping Mr Bean Into Absolutely Everything

Some little beauties online have been as busy as a junkie footballer’s legal team. And it hasn’t been because they’ve been working hard on job applications for their local Maccas. It’s Bean. Mr Bean. Photoshopping Mr Bean every which way specifically. Now this is a movement i can get behind.

I don’t want to make any grandiose statements or nothing, but I’m pretty sure Mr Bean would improve any of these movies. Mr Bean in Avatar? Well he might not have saved the tree thing with the tentacles or whatever that movie was actually about, but Christ it would’ve been a better movie. Also don’t even get me started on how much better Justin Beanber would be in concert. He might not say much, but it would be an improvement on screaming teenage girls having meltdowns and “Baby Baby Baby” on repeat. If Mr Bean was Voldemort we could have all saved about 7 movies worth of watching time. I’m pretty sure it could’ve gone down something like this:

Ron: Haven’t you heard of Voldebean? He’s the most evil wizard ever.
Harry: Oh yeah, chuck us that wizarding newspaper. Let’s take a looksee at this b*stard.
*Harry looks at Voldebean on the cover of the newspaper*
Harry: Yeah nah mate, I think we’re going to be ok.
Movie ends fifteen minutes in and we all save a lot of money and time. We even have evidence that Mr Bean himself is a fan of replacing faces on priceless artworks. Do you remember in Bean, the Movie, when he hit Whistler’s Mother with a snot rocket and then had to redraw her face? Let me remind you: I’m pretty sure this is irrefutable evidence that Mr Bean invented photoshop. Get this man some god damn royalties already.

They have even done some Renaissance work on him.