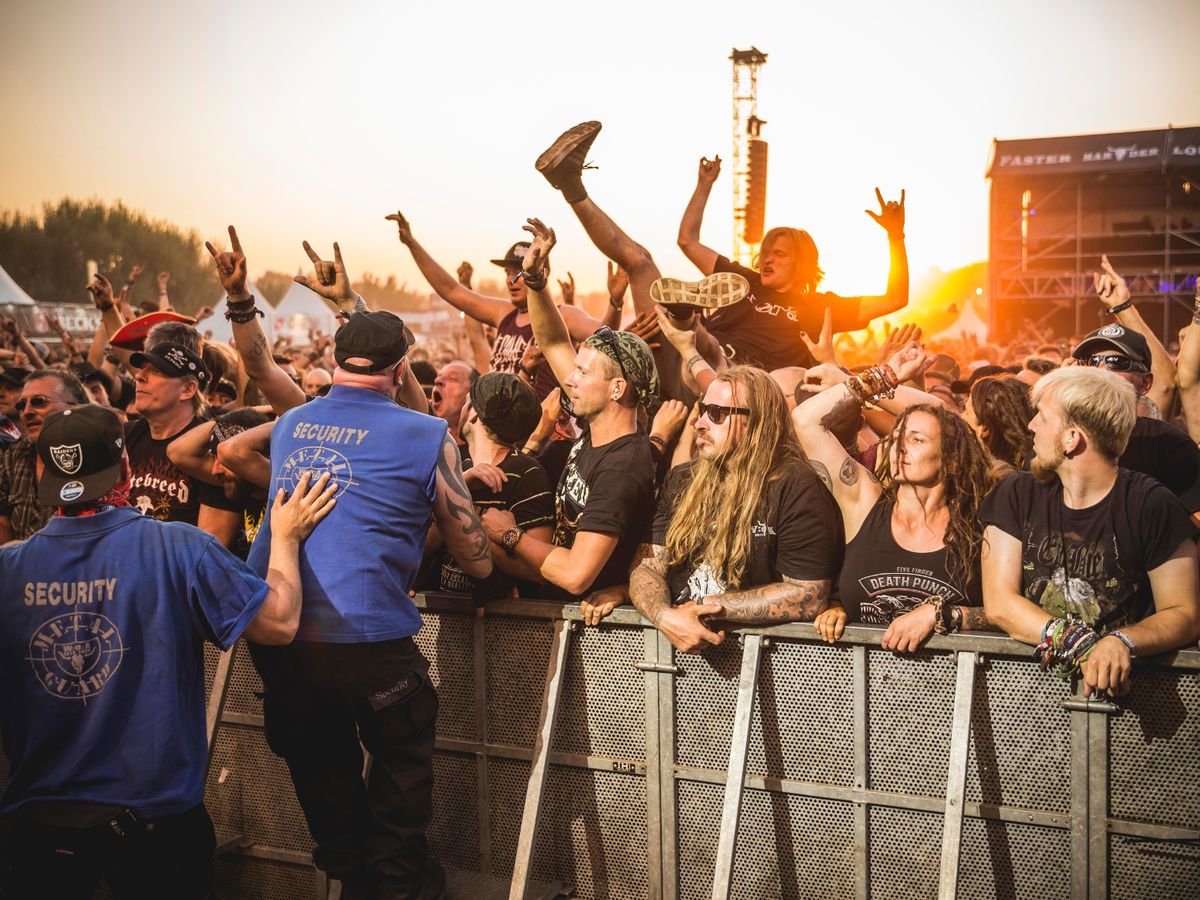 Yeah, look, let’s fair dinkum front up and catch this fair in the nuts as it’s becoming a huge deal. In the coming days and weeks, you’re probably gonna hear a great deal about what exactly goes on in a moshpit, why they’re bad, why they should be stopped, and all that kinds of stuff. We’re not gonna lie. That’s the obvious media reaction right after a tragedy. But, and we mean this, there’s no need to push for rules and common-sense. Yeah, nah, deadset, anyone who frequents the pit will tell you that s**t already exists.

All right, so first up, the AstroWorld crush is a f**ken tragedy. Unfortunately, it’s not the first time tragedies have happened at music festivals, and it won’t be the last. What we keep hearing right now, though, is that the ‘mosh pit is to blame’.

Straight up. That’s a stretch.

There’s an investigation going into what’s to blame, but anecdotally, it’s inadequate safety measures and people not respecting the well-known and well-worn rules of the pit. Also, just as a suspicion, a ‘crush’ is not necessarily a ‘pit’.

My mate was in a Lamb of God mosh pit I think at soundwave (or it was another festival in Melbourne) and told me someone accidentally knocked his glasses off and he started panicking because he couldn’t see well and they were really expensive so he was on the ground looking for them. The guy that knocked him got on the ground and started looking too, then like 10 other people just started looking while everyone else was giving room while still moshing. He found them later on and everyone that was there cheered, lol. – djr4917

Deadset. That s**t can happen anywhere too many f**ken people push into each other. It happens in riots, it happens at sporting events, and it happens at live music events. With years and years of experience, starting in the Punk scene in the 70s, hard and heavy music fans have had a sense of community and safety in this environment for a long time – and that’s why you don’t hear about it happening in small punk and metal venues every weekend.

Don’t get us wrong, we’re not naive to the idea that there are waaaay less people frequenting the local dive bar than there are at a music festival, and with that comes a better sense of space and how to recognise people in trouble, but it goes beyond just the audience.

My phone fell out of my pocket, the battery AND sim card flew out

Once i started looking for it and someone asked, nearly instantly thirty people in a circle around us started looking; I found the battery, and a guy lifts up the sim card and yells “sim card”

For like ten seconds all of us that were looking for it started chanting sim card and the rest of the concert was great.

One of my all-time favorite memories. – Atlas_Undefined

The bands also know how to recognise that s**t. And that’s why people have been sharing their favourite moments where performers call audience-members on their bulls**t.

Coming back to our original point that people are gonna give mosh pits a bit of a rough time in the immediate future, we’ll point out that usually, they’re probably one of the safest places you can be.

This writer’s got firsthand experience of watching Trevor Strnad, the front-man for death metal titans The Black Dahlia Murder point overly aggressive members of the pit out to security and have them removed.

Judging from the comments, they’re not the only ones. Yeah, nah, acts as diverse as Rage Against The Machine, Linkin Park, Radiohead, Nirvana, and even Greenday have all had moments where they’ve called fans on their bullsh*t.

I went and saw System of a Down a few years back and a guy in front of me had a seizure (probably from drugs), he fell to the ground and his arm was bent in an unnatural way. A bunch of us in the crowd made a clearing around him and got the band’s attention by pointing at him and flailing our arms around.

It took a minute or so but eventually Serj must have seen us and stopped the song and called for help from medics. They came and picked up the man and took him away on a stretcher. Nothing about any fatalities came out in the news so I assume he lived.

The band continued their set, restarting the song they stopped from, from what I remember. – Yunz

And then there are the fans whose experiences show how safe and welcoming the mosh pit can be when done properly. They share stories of mosh pits stopping to help them locate their glasses, and help them up.

Finally, there’s the time, SLAYER fans took an old lady through the mosh pit IN A WHEELCHAIR.

To finish up this school of thought, we figured there was nowhere better for us to go than to a band that are arguably top of the Australian Death Metal scene, f**ken Psycroptic. The band’s vocalist Jason Peppiatt is a man who’s travelled the world and seen mosh pits in every country he’s been to, and let’s face it, along with the punk and hardcore crowds, the metal fans are the ones most synonymous with the pit.

it frustrates me so much when i see people say that there is no such thing as "moshpit etiquette" because there are literal lists if you just make ONE google search, but apparently that's too hard for people so i'll put it here pic.twitter.com/cuAgWIGTRL

Jason reckons it’s true that, “Metal mosh pits are a strange place,” and that “the whole idea of them is to somehow smash people and go nuts but not actually hurt the other people and have fun.” And that’s key. As we mentioned above, the pit’s a place of consent. If two bald blokes agree to charge each other like angry goats, that’s fine. If only one of those blokes was into it and the other one just got headbutted, that’d be f**ked. By the same token, if a bloke in a wheelchair wanted to crowdsurf while watching the Tasmanian rockers bust out some fat riffs, good pitiquette would make sure that could happen.

But this is what it all comes back to. The pit’s a place where rules already exist. Most people who go there know them, and if you ask Jason, “Most people abide by the unspoken laws of the pit.” It’s just that like all the good things in life, “You sometimes get the odd wanker who is just out to hurt people.” Fortunately, as you’ve seen from the posts, videos and comments above, most bands and crowds will try to do something about that. Fortunately, though, as Jason says with a sly grin, “They’re the ones who end up on their arse.”

Final thought: As we’ve kept coming back to in here, we’ve gotta recognise the pit is not to blame for crushing incidents. People who say it is, don’t actually understand what a mosh pit is. So some things to take away from this, in the weeks ahead, don’t point your finger at something you don’t understand, and remember that if you do enter a pit, obey the unspoken rules: it’s a place of joy, consent, and safe raging for everyone. Finally, if you do feel unsafe in one, tell someone. If you find it hard to breathe, tell someone. If there’s a dickhead in there, tell someone. Mosh pits are supposed to be fun. Don’t let bullies f**k them up. Let them be a place where two guys in banana and penis costumes can wrestle and enjoy the music.