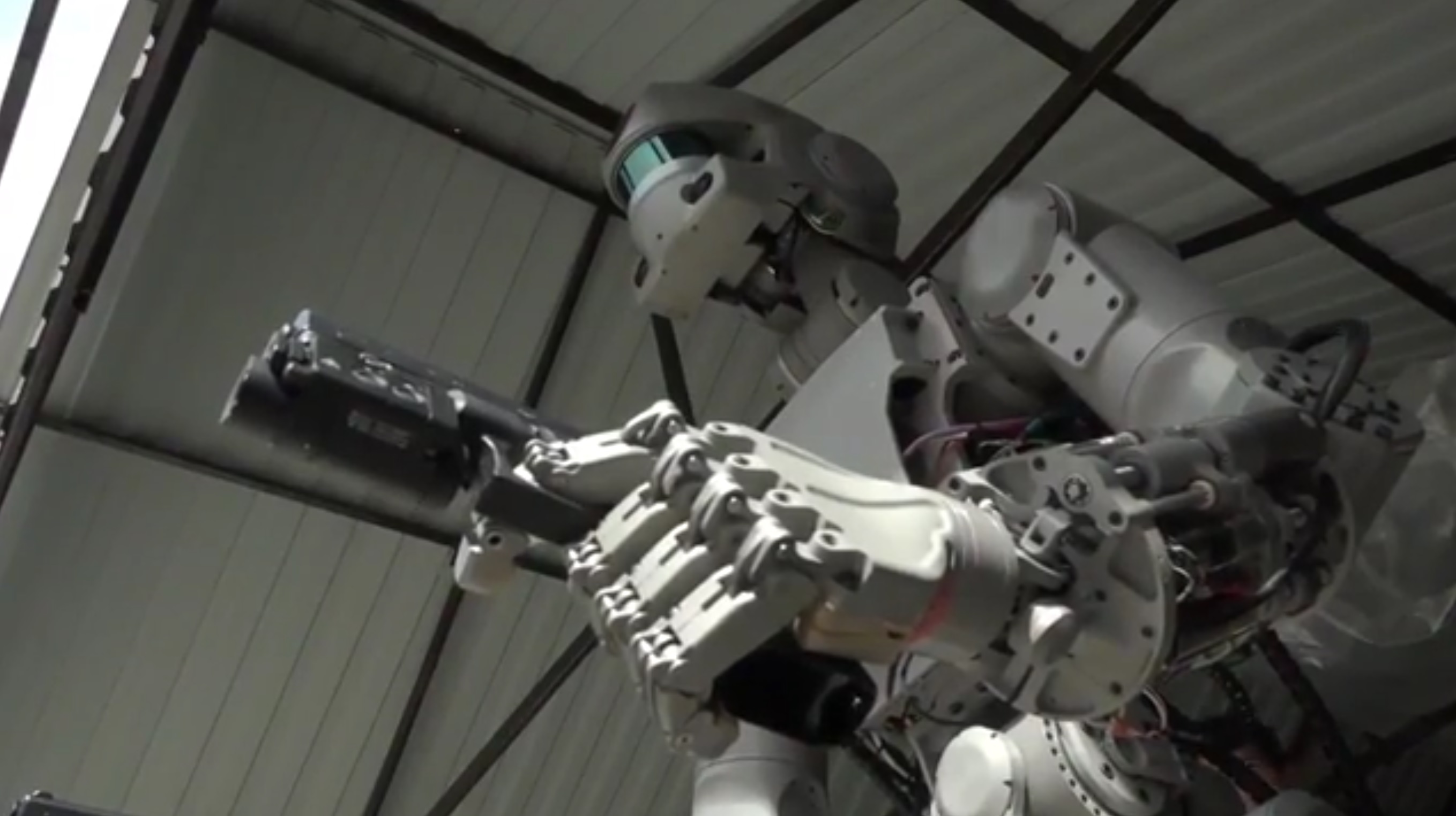 Russia has created the future, and it’s a robot that is destined for space. FEDOR, the “cyber cosmonaut” can even WEILD F!CKING PISTOLS. That’s PLURAL. TWO pistols at once. I genuinely can’t decide whether this is the coolest thing I’ve ever heard, or whether I should be arranging for access to a bunker and buying up baked beans from my local Aldi. Russia’s Deputy Prime Minister who debuted the video, has said “we are not creating a Terminator, but artificial intelligence that will be of great practical significance in various fields”. Yeah sure, I’d say that too if I was creating something that could take over the planet for evil. Although FEDOR has been created to be sent into space, the Russians have been showing off some of his other impressive skillz. FEDOR can even drive a car and pump iron. I promise I’m not sh!tting you: Aliens be warned, don’t mess with Russia. They got a robot and he can probably out-bench you and then drive away in his jeep looking like the coolest mofo this side of St Petersberg.

FEDOR, if you’re reading this, you and me we’re cool yeah? I promise if you spare me I’ll give you all the Aldi baked beans you can carry. I probably can’t help so much with shooting aliens or anything like, cos like Game of Thrones new season is coming up in a couple of months and I got a lot of rewatching to do you know. I’m fuzzy on the Stannis storyline. You know how it is man. They got Game of Thrones in Russia, I googled that shiz. You should totally get on it, it’s worth it dude. Don’t get attached to Khal Drogo. I’m not saying anything man, but just don’t get real attached.