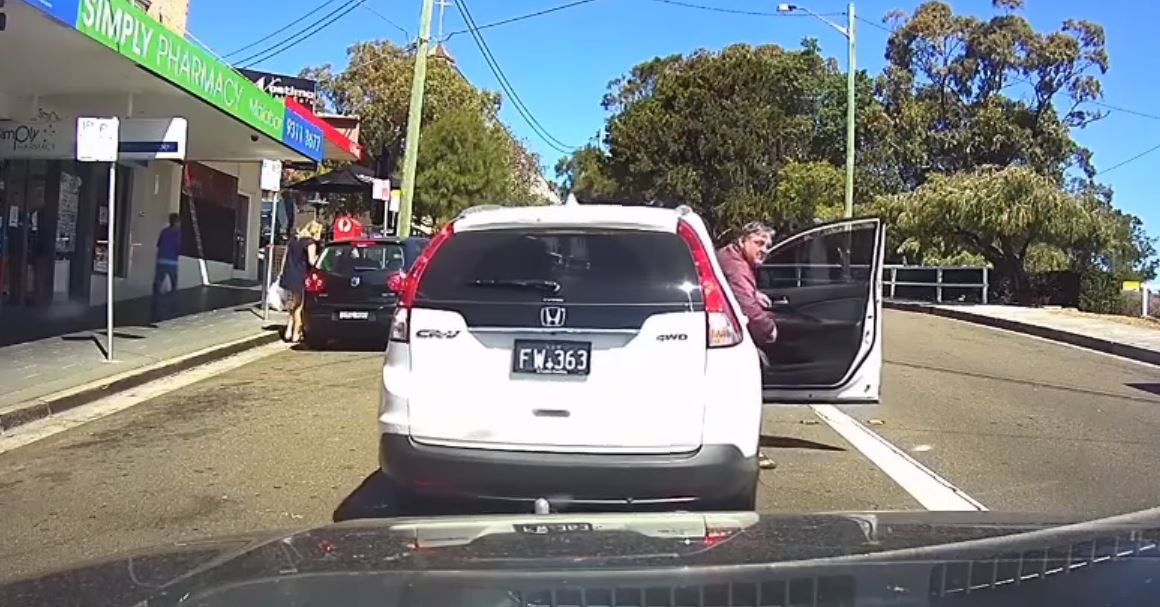 Angry Driver Nearly Runs Himself Over In Road Rage Incident

Dashcams are bloody grouse aren’t they? Designed originally to provide people with evidence when some silly bloody shenanigans left them needing to make an insurance claim they’ve had the unintended benefit of providing the world with free comedy.

I’m not sure exactly what the go is with douchebags on the road these days, but there seems to be more of them than ever before. Of course, the fact most silly b*****ds don’t consider that they might be on camera when acting like a complete pork chop on the road means a metric sh**-tonne of hilarious crap gets filmed and uploaded to the internet thanks to dashcams. 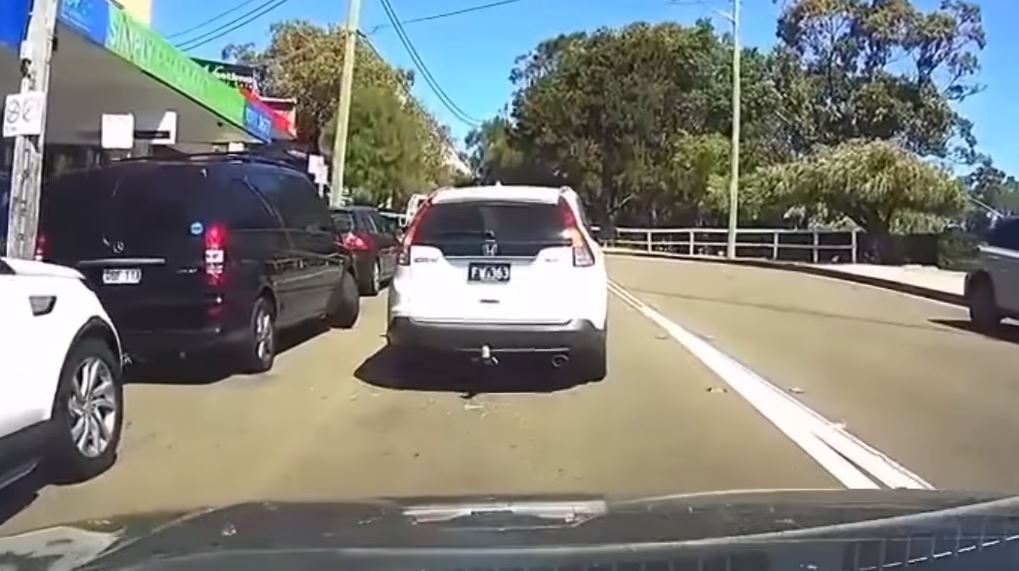 And that’s exactly what’s happening in this video. When it begins we’re enjoying a nice cruisy ride with a slightly befuddled driver and passenger. They’re in some slow-moving traffic and the car ahead of them just seems to be stationary in the middle of the road.

In a strange manoeuvre the car pushes ahead then slams the breaks on and beeps the horn. The missus in our car is like, “I think he’s trying to reverse in, love.” 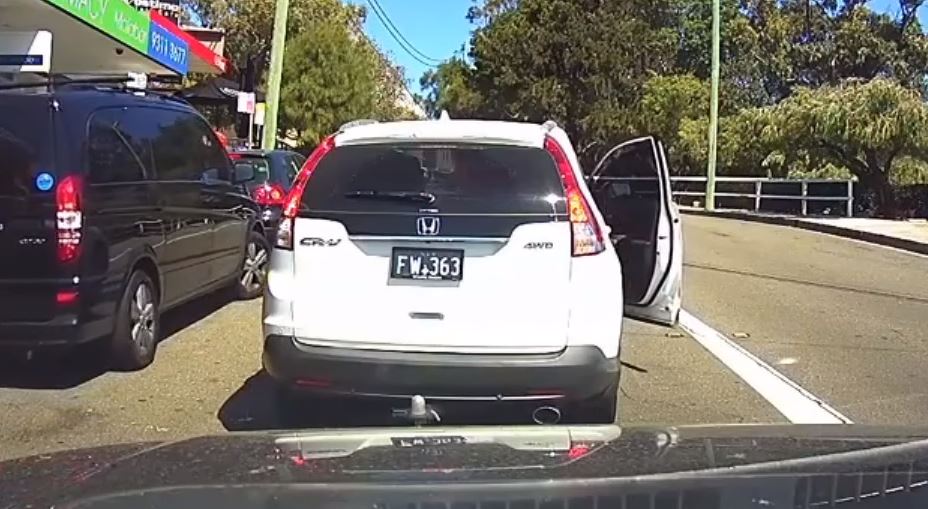 Old mate though, he’s got the right of it when he says, “well f***ing put an indicator on.” Too bloody right, I say.  Indicators seem to be an optional f***ing extra for some people. 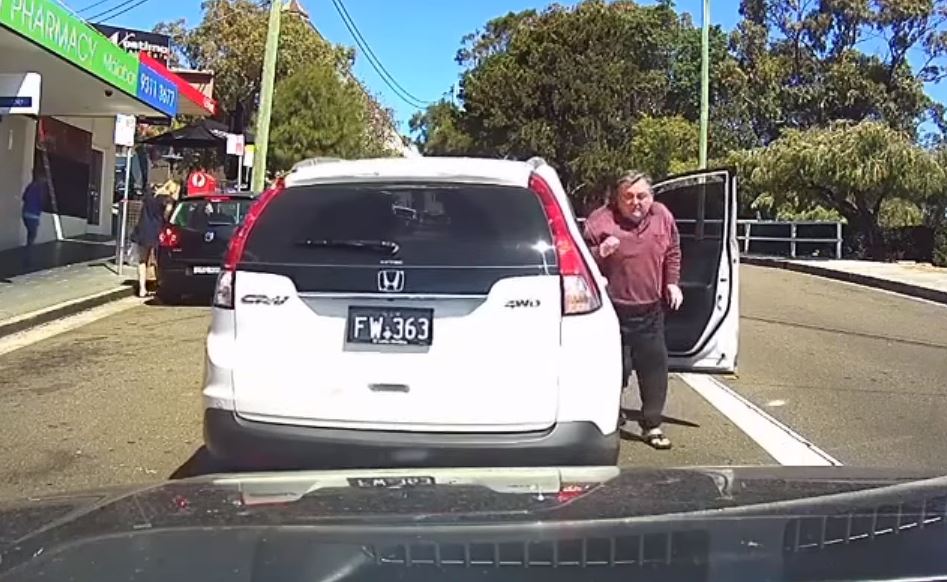 It has to be said that the next few seconds completely justify the outlay on the dashcam.  The angry dickhead in the car in front is like, “yeah, nah, f*** this guy and his inability to read my mind. I’m gonna tell him what’s what.” 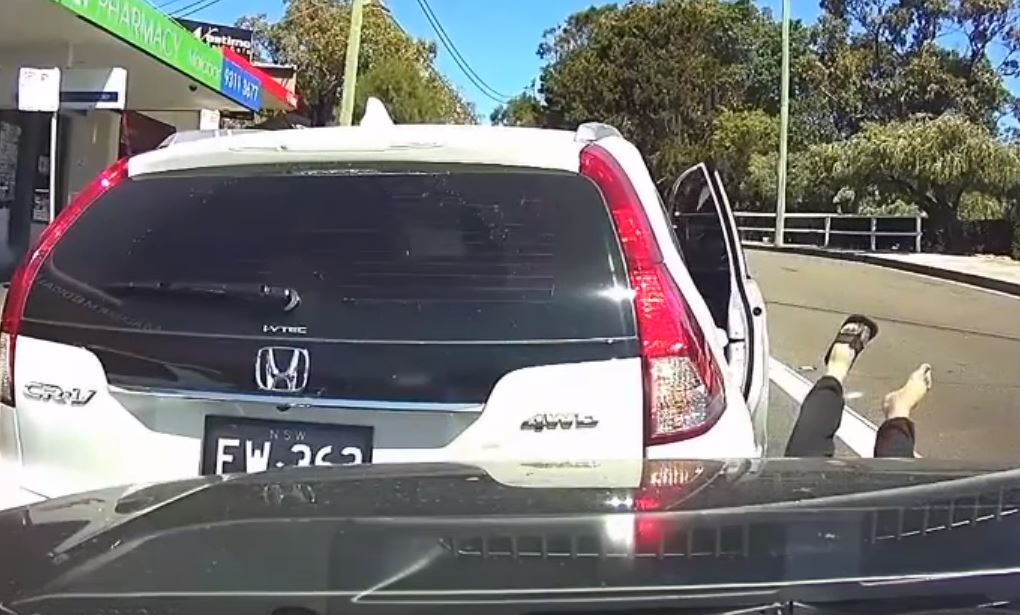 Except – and this is brilliant – he doesn’t put his car in park. Let’s break down what happens next:

He gets out of the car…

It f***ing skittles him! 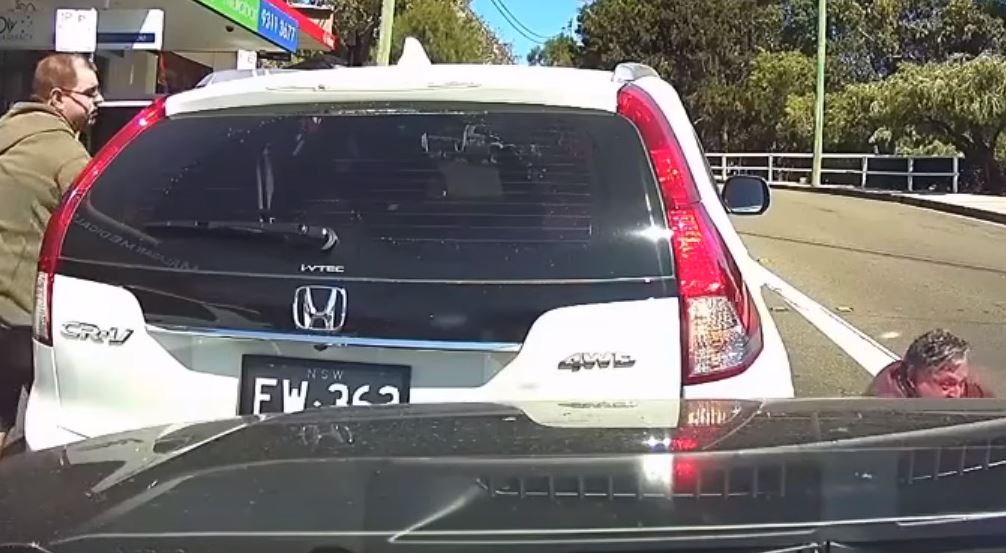 Legs akimbo, he falls on his arse like a drunken humpty dumpty. He’s lost a thong. He’s getting intimate with the tarmac and everyone knows he is – as they say in the video – a ‘f***ing idiot’.

Look at the horror on this guy’s face! Credit: Dash Cam Owners Australia

And it’s all on camera, even the bit where he asks the guy with the dashcam if he caused ‘that’.

He eventually gets the message and gets the f*** out of there. The end of the video’s unclear, but I’m assuming he stopped to pick up the son who retrieved his thong for him. 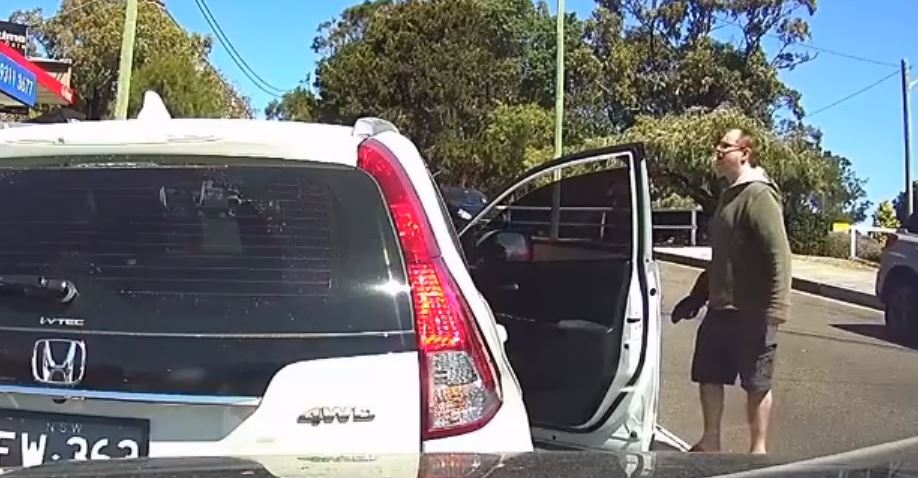 All I can say is thank f*** for dashcams, welcome to Straya, and I think it’s pretty obvious who’s getting nominated for a f***-knuckle award. 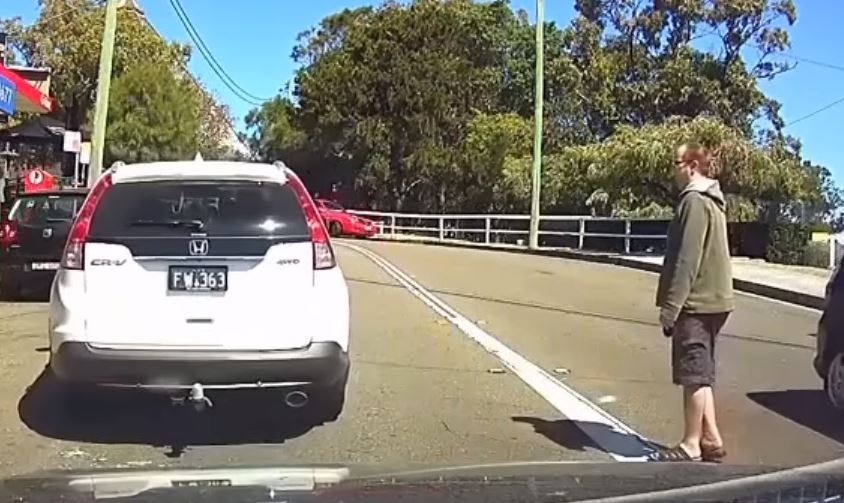 Good on ya, bloke.