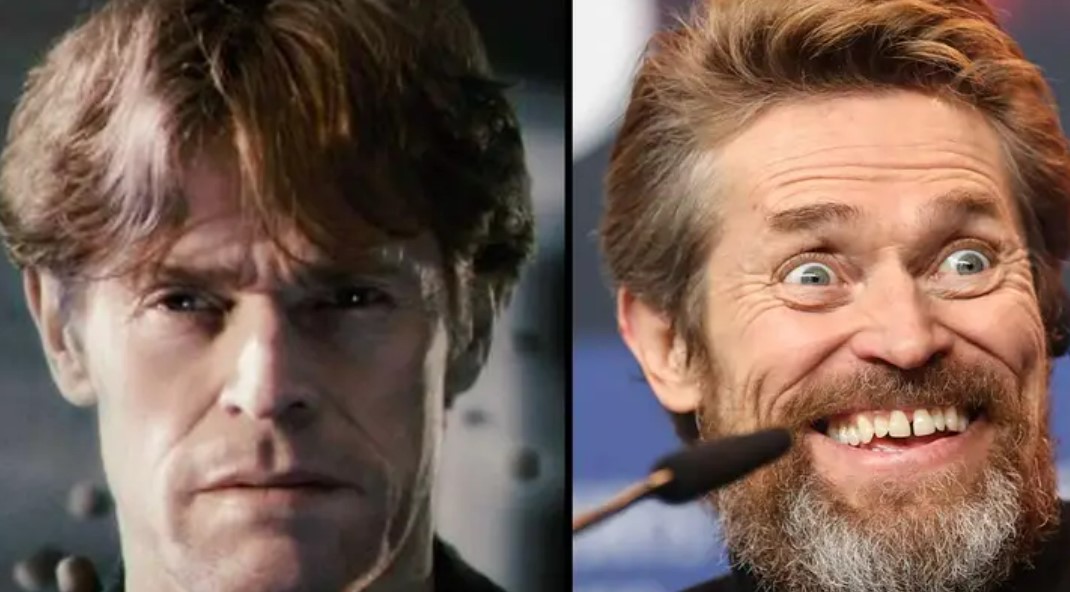 We don’t know about you, but we’ve often wondered how much on-screen Hollywood nudity is real. Don’t get us wrong, we know that a lot of times normal bodies are just…normal bodies, but sometimes you’ve gotta wonder if prosthetics or stunt doubles are used, right? Well, it turns out they are. Particularly if you’re Willem Dafoe and your schlong is so big everyone on set is confused by it.

Before we go on, that’s gotta explain why the dude’s always grinning. On one hand, he’s just a kinda creepy-looking dude who happens to be a f**ken amazing actor. On the other, he’s packing a sour cream rifle that’s akin to one of Cthulhu’s insanity-inducing tentacles.

in the antichrist commentary von Trier mentions that willem dafoe’s dick was too big for the sex scenes so they had to use a stunt penis in his place. good for him, if anyone deserves a confusingly large dick it’s dafoe

If you’ve seen Antichrist, Lars von Trier’s 2009 psychological horror, you’ll know that Dafoe had to get his kit off. Apparently, though, when they were filming, the star of The Lighthouse, Spider-Man, Platoon and er…Speed 2, let his castmates in on a mindboggling secret.

Been a while since I tweeted this so fun fact Willem Dafoe's schmeat is so big that when he was filming an unsimulated sex scene in a Lars Von Trier movie, Dafoe had to have a penis stunt double because LVT thought that no one would believe his humongous penis was real

He went on to say, “We had to [have a stand-in d**k], because Will’s was too big,” and, “everybody got very confused when they saw it.”

Learning about Willem Dafoe needing a penis stunt double cause a director was too distracted by his giant horse was not on my 2022 bingo card.

As for Dafoe’s comments on the matter, he was quizzed about having ‘Hollywood’s biggest trouser snake’ in 2013 when The Guardian scribe Stuart Jeffries asked if it was true. Dafoe chose not to confirm or deny, saying only, “I don’t really work in Hollywood anymore.”

We can’t confirm or deny for you, but we have answered our original question: sometimes actors do have stand ins, especially when the audience needs to be saved from the sight of a mind-blowingly large womb broom.

Movie Trivia – Did you know that in the final scene of the 1997 Paul Thomas Anderson film “Boogie Nights”, when Dirk Diggler (played by Mark Wahlberg) finally reveals his prodigious penis, it’s actually the stunt penis of actor Willem Dafoe. pic.twitter.com/REgzTOUpde

Final thought: Yeah, look, we’re just gonna say that if you want to confirm this, you can probably Google it, but that’s totally your call. If you do, though, let us know whether or not Dafoe’s wanger is as impressive as this story makes it sound.

Just in case you missed it, here’s one of Ozzy’s latest commentary videos…Tree Lopping Fails #2

One of the greatest things about being totally embedded in the culture and practices of a locale is that you don’t even realise that the things you’re doing might be seen as a bit unusual in any other context. For leg...

You know, we really seem to find ourselves talking about sex dolls more than we ever thought we would on this website. Yeah, nah, when we started up, we thought there’d be talk about the cricket, about animals, about ...

Holidays are supposed to be relaxing. Yeah, nah, a few mid-strengths, a bit of sightseeing, some lounging by the pool, a good holiday has it all. Best of all, as an escape from the daily grind, it’s a rare opportunity...

Pommyland’s getting so hot this summer that train tracks are catching fire!

We’re not surprising anyone when we say that Pommyland isn’t exactly renowned for scorching hot weather. Yeah, nah, we usually associate it with the opposite, but right now, England’s f**ken cooking. Yeah, nah, there ...

Fireworks. It’s no secret that letting everyone have them is a pretty f**ken dumb idea. Yeah, nah, it really is. In the right hands, they can look pretty spectacular – even if you do have to ignore the potential bushf...