The world today is pretty bloody different to the one that existed in the third century BC. Deadset, compared to the poor b*stards who inhabited the place back then, we live a pretty f**ken charmed life. We’ve got mobile phones, Marvel movies, the internet, and tonnes of other cool sh*t. Those guys had to do it pretty tough. With no electricity and very little science to help them make sense of the world, they had long, cold nights; c**ts who thought the earth was flat; and f**ken vampires…

To clarify, just like the earth not actually being flat, they probably didn’t have actual factual vampires, but they thought they did. And that is the theory being used to explain a gruesome excavation in Yorkshire in the UK. 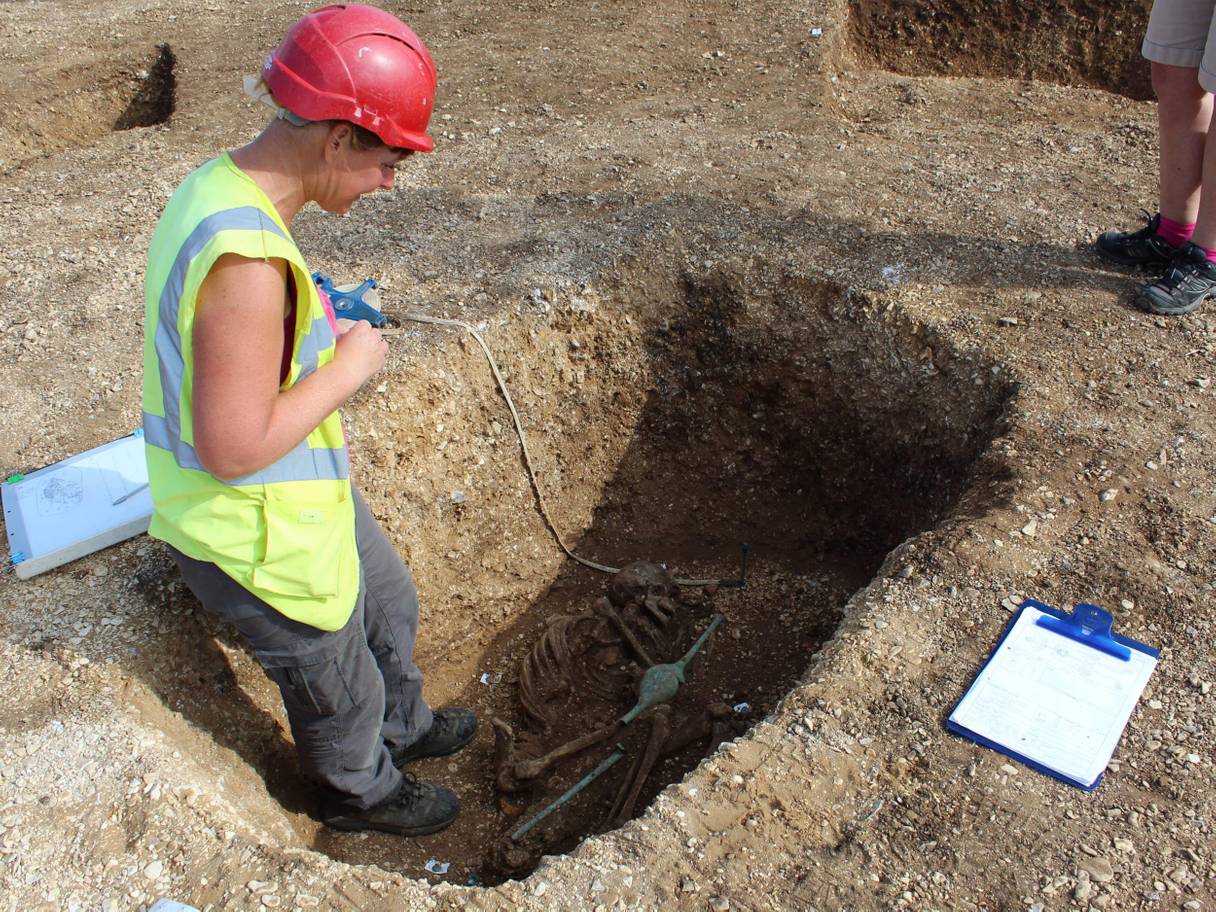 The grave of the ‘vampire warrior’. Credit: David Keys/BBC

Obviously, Yorkshire isn’t exactly Transylvania, but a couple of grisly Iron Age graves unearthed near the town of Pocklington have been found to contain a couple of high-status rich b*stards whose burials might just have featured vampire-slaying rituals.

The metal-as-f**k dig found a warrior aged between 17 and 25 who appeared to have been ‘killed’ two or perhaps even three times. Archaeologists reckon that once he’d already carked it, his body was ritualistically stabbed with five iron-tipped spears and four bone ones (chortle…). He also copped a f**ken hardcore blow to the back of the head with a club of some sort. 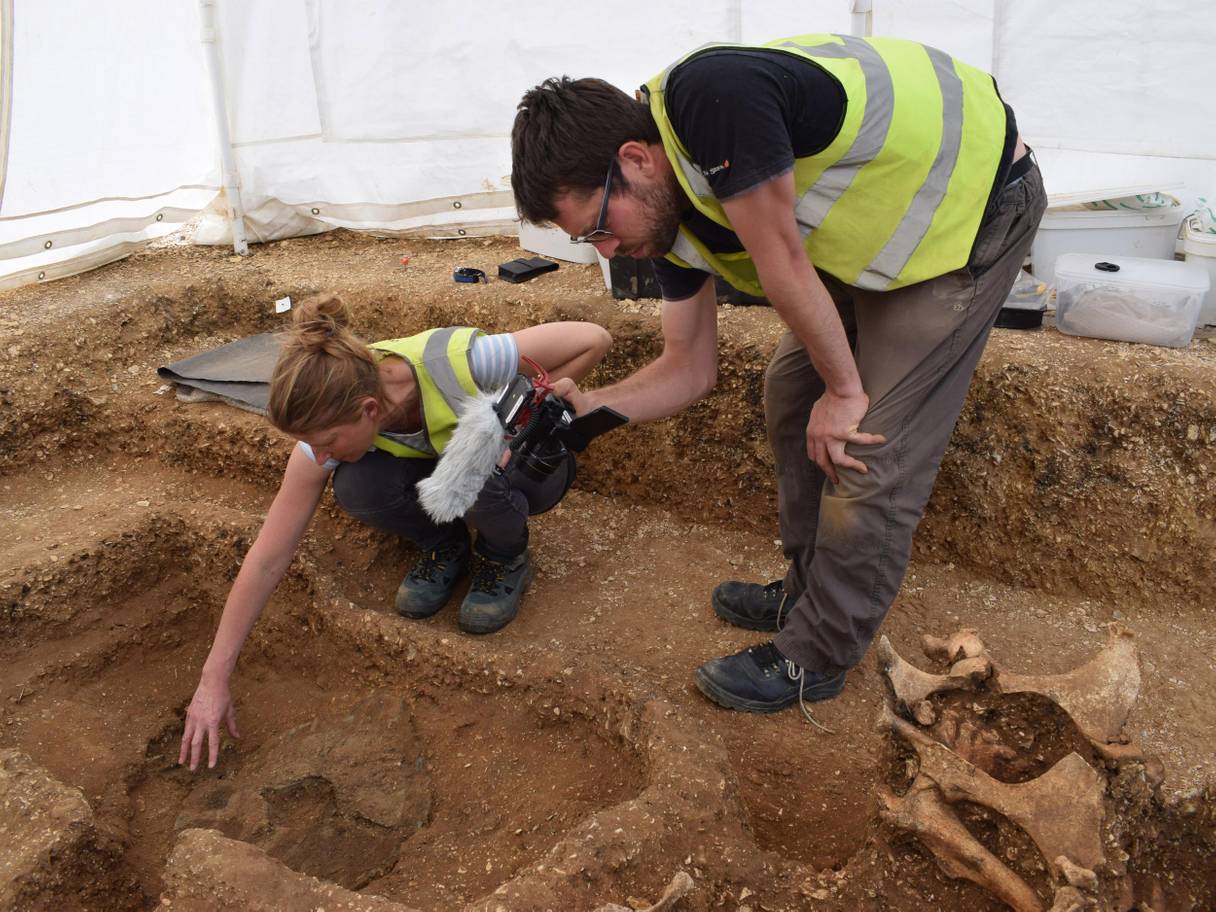 Among other possibilities, the archaeologists posit that the locals feared he would return after his death. There is, apparently, precedent in archaeology to suggest that those suspected of vampirism were systematically speared by sharp objects after death. It was hoped this would prevent the filthy pricks from coming back in the dead of night to feast on the jugulars of beautiful women named Lucy and Mina.

Not far from this grave, archaeologists found a second burial site where a rich old bloke had been buried with a chariot and two headless horses. Does this not sound like a Black Dahlia Murder song to anyone else? Anyway, this rich old f**k was buried on his shield and surrounded by the bones of six piglets. 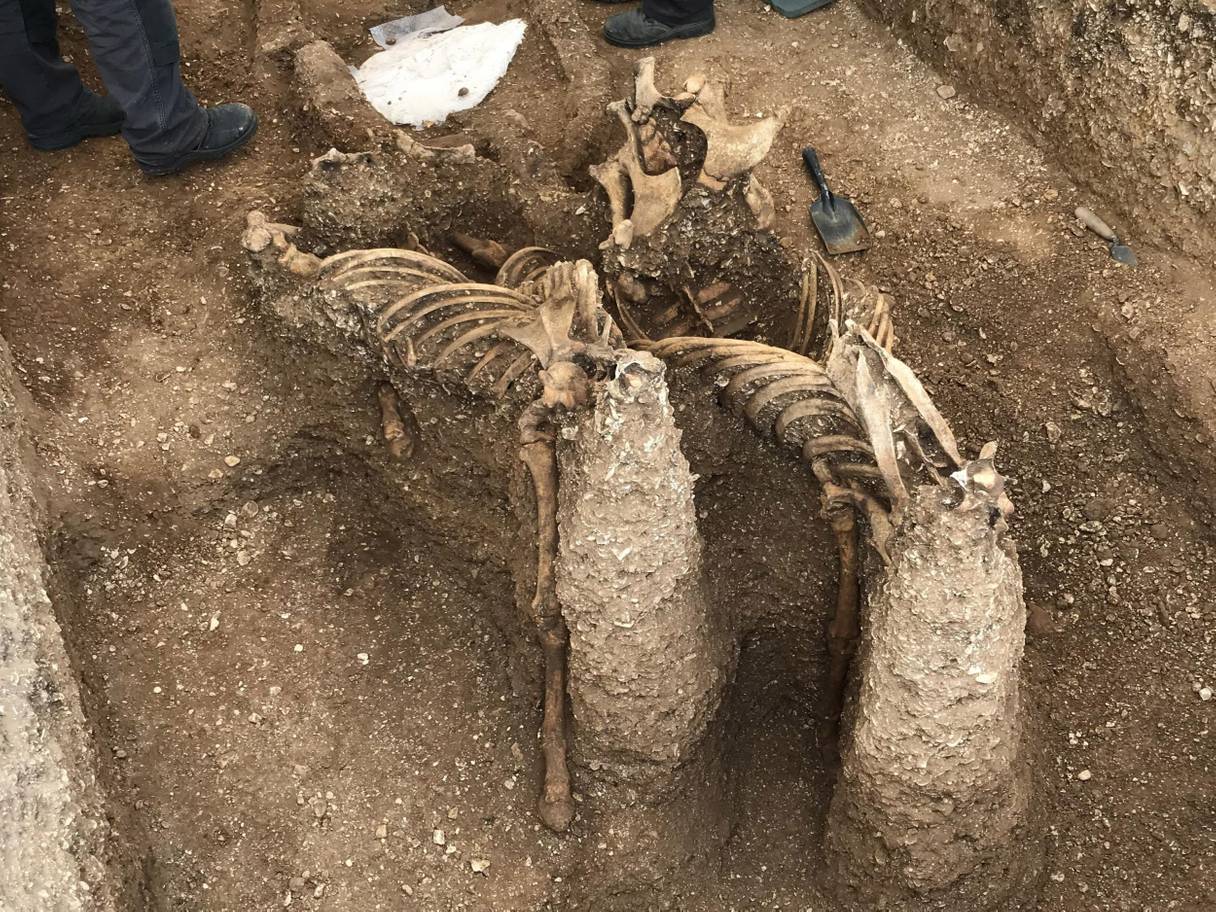 The chariot and its ponies. Credit: David Keys/BBC

Final thought: Will we ever know of the skeleton actually belonged to a vampire? I guess we can’t be a hundred per cent sure, but considering the bones didn’t burst into flames upon being exposed to the renowned Yorkshire sun, we can probably assume the locals were just as f**ken confused as anyone who still thinks the earth is flat.