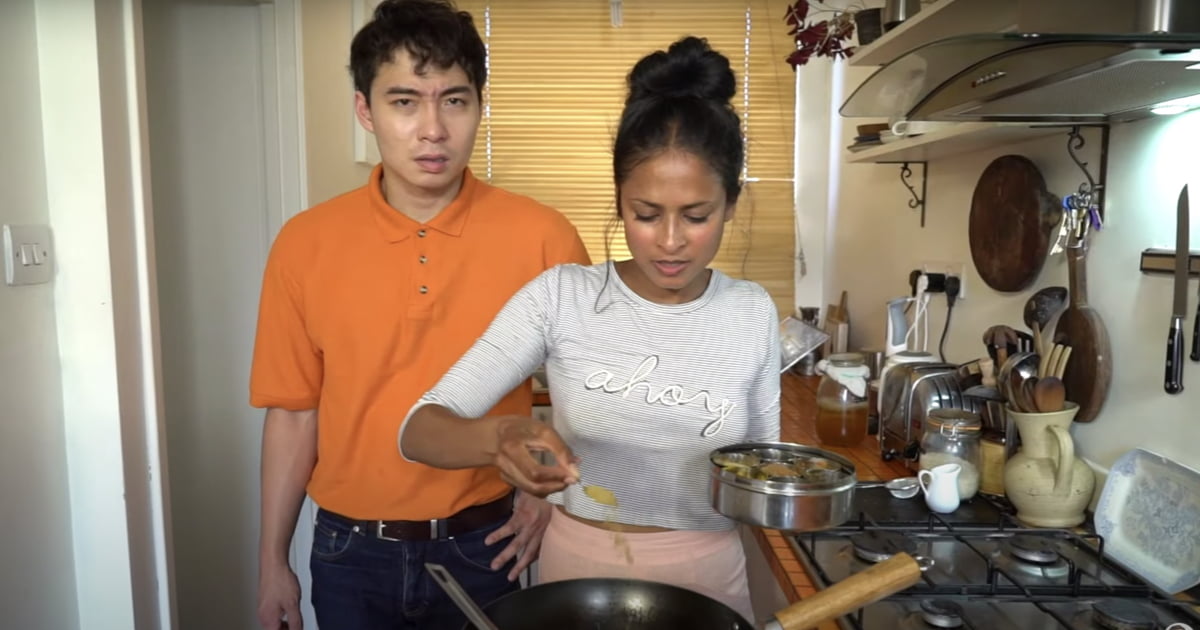 You might remember a video we looked at on here a week or two ago where Malaysian comedian Uncle Roger reviewed TV-Chef Hersha Patel’s cooking technique. The video was an instant bloody classic that saw Roger, aka Nigel Ng, shred Patel over her rice. Shortly after, Patel hit old mate up to show him how it’s done. That video is now online. As you might expect, it’s bloody gold.

Rightio, ya big legends. Obviously, it’d be remiss of us not to refresh your memory, but to keep it simple, Patel was doing all sorts of nasty s**t to the rice, and Uncle Roger wasn’t having it. He was like, “What’s she doing? What’s she doing? You’re killing me! What you doing! If you’re rice is too wet, you f**ked up! Don’t bring a colander into your rice!”

Now, though, in a new video, the two of them have teamed up so that Rog could show her how it’s done. As you can imagine, it’s full of gold one-liners. Take this exchange for example. Patel tells him she uses Basmati rice and that she just ‘wangs’ it in the pan.

Roger doesn’t miss a beat. “She love the word ‘wang’. Don’t wang anything in kitchen. That’s how I got fired from Chinese restaurant.”

Brace yourself, though, she still uses a measuring cup to know how much water to use. And then she shows him how she uses a saucepan to cook the rice.

As you can imagine, Roger has something to say about that too. “Different culture make rice differently,” he says. “Just some culture is wrong.” 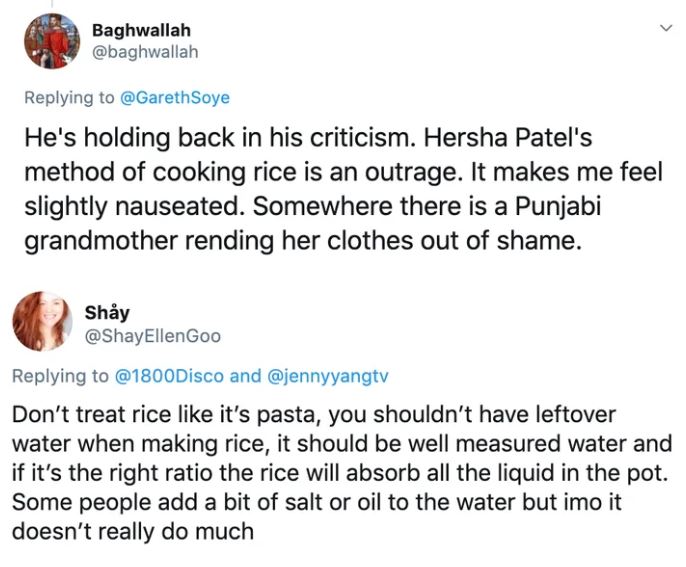 Seriously, though, go and watch the rest yourself. There’s loads of bloody gold in there, and it’s a f**ken great end to things, especially when you consider how the meet-up originated.

Final thought: As we said last time, Uncle Roger’s reaction video was bloody mint, and we reckon this one’s just as good. Give it a spin and let us know what you reckon in the comments section. Other than that, we’ll see you next time, ya big bloody bewdiful b**tards.

Scammer gets trolled with neighbourhood drama and ends up giving up

We say it every time, but regardless of whether these text exchanges are real or not, they make for a pretty bloody interesting genre of story. In this particular instance, you’re going to see a scammer pretending to ...