Let’s not pretend it’s a secret; the internet is a breeding ground for tough-talking dudes with an axe to grind. Usually, that s**t’s pretty predictable. Those dudes are usually pissed about women playing video games, or women telling jokes, or little girls trying to combat climate change. Occasionally, though, someone’s pissed about something that’s worth getting pissed about. And that’s where these two blokes come in…

We’re not gonna spend a whole bunch of time here giving you the context of the current Black Lives Matter movement.

In fact, all we’re going to say is that for too long, nothing’s happened as a result of past movements, and it really feels that this time s**t’s not gonna calm down until some real concessions and changes are made, and we hope that’s the case. 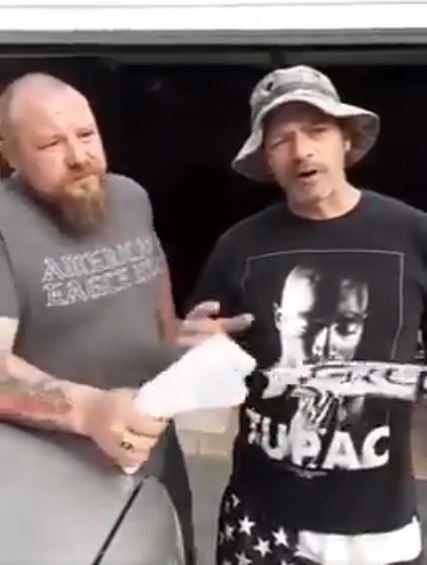 And, because it needs to be said, let’s be clear: black lives matter. Here and overseas.

With that crystal f**ken clear on our part, let’s have a look at what these two blokes – led mostly by the dude doing the talking have to say.

We’re not sure exactly where the original was uploaded, but it starts with them holding two signs that say ‘F**k black!’ and it’s worth checking the whole thing out.

Friends, I’d like to talk to you for a minute.

My buddy here, Jason Gordon, just tagged me in a video. I caught wind on my way home about some signs like this that were up in my home town.

So my buddy asked me if I wanted to come over and go f**king talk about it. So I did. I went and knocked on the neighbour’s door. They said the upstairs tenant wasn’t home. He was down at Cumberland farms. So we took a ride down to Cumberland farms. On the way home, I saw the so-called ‘tenant’ sitting on a park bench right across from Norway Saving’s Bank, so I had my buddy here drop me off and I stopped and talked to him for a minute.

As it turns out, he’s an old veteran. Apparently, he served in Vietnam, and he was from the 101st airborne, which is the same division that I served in, so I tried to talk some sense into him. We walked the whole way home, which is probably only a quarter of a mile, but he’s an old man with a cane so it took a minute. 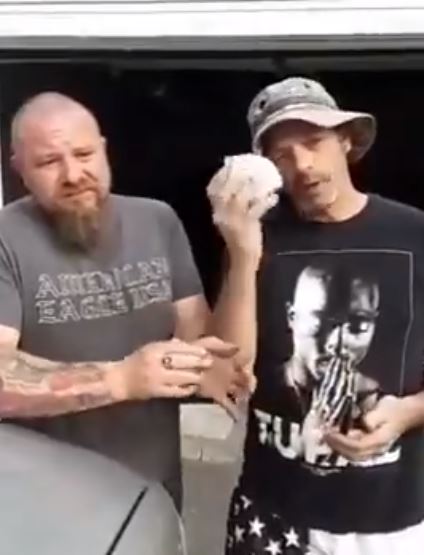 I don’t f**king agree with that s**t, you understand. No good man is a dead man. We’re not gonna tolerate this s**t around here. I got better things to do with my time. We’re both working men. We both own f**king businesses.

We took time out of our personal schedule to come and address your f**king arse about signs like this. I can tell you right now, I’m not the toughest guy in town, but you hang up a fucking sign like this in my town, I’m gonna come knock on your door.

Don’t be a f**king dick. Understand in your brain that s**t ain’t the way it used to be. S**t’s changed, and you have to adapt to your new f**king situations.

But this, I won’t tolerate. I don’t care who you are. You could be a friend, or you could be a seventy-year-old veteran like Richard. It don’t matter. Wake the f**k up. Don’t be a dick.” 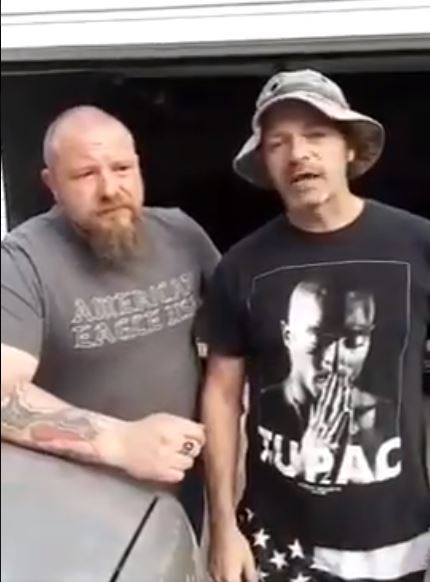 Final thought: So yeah, it’s worth pointing out that some of that change that should have happened years ago still hasn’t happened, and it really is time. As we said before, and we’ll say again, black lives matter.