There’s no doubt we’re living in some pretty dodgy times. Don’t get us wrong. We’re spoiled rotten with technology and a pretty f**ken solid way of life in general, but with bloody Covid-19 still f**king entire countries and financial experts saying we need to be prepared for a huge financial crash, some people are feeling a little bit anxious. Of course, amongst this, governments are doing what they can to stimulate economies, but if you look at the payments with a cynical eye, you might start feeling a bit like Vic DiBitetto. If you haven’t seen his rant, check it out…

To start with, we know a few of you are gonna go, ‘Aw, c’mon, Oz, this is old news. It came out a week ago,’ and to be fair to ya, we get that. But, the fact is this one’s still ticking away online and we reckon some of its worth unpacking – without just quoting what Vic’s said verbatim. 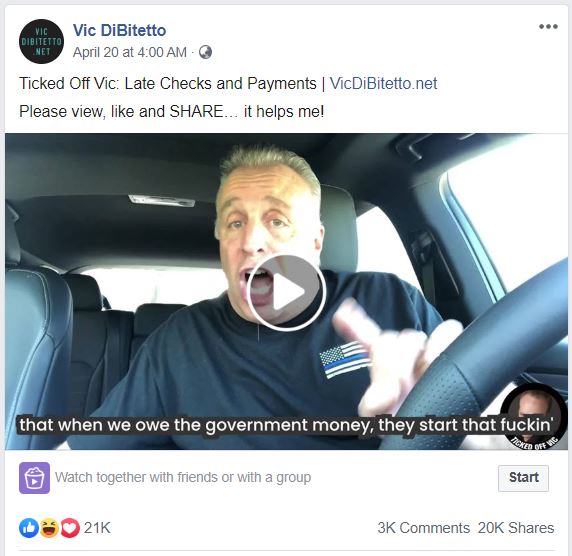 We’ll start with Vic’s own admission because we reckon it’s pertinent. “I’m just a regular blue-collar guy and if people want to make it political, let them knock themselves out.”

Of course, this all has to do with his excellent rant about stimulus payments in the states doing sweet f**k-all to actually help people with the real issues when furloughs on mortgage repayments don’t go far enough because the banks want the three month gap paid off as soon as the recipient goes back to work.

And what he’s talking about isn’t that different to what’s on offer over here for households hit by Covid-19-inspired layoffs and sackings. Our banks are, from what we understand, offering six months, but they’re still asking for the interest to be paid and for mortgages to be caught-up as soon as possible once people go back to work. 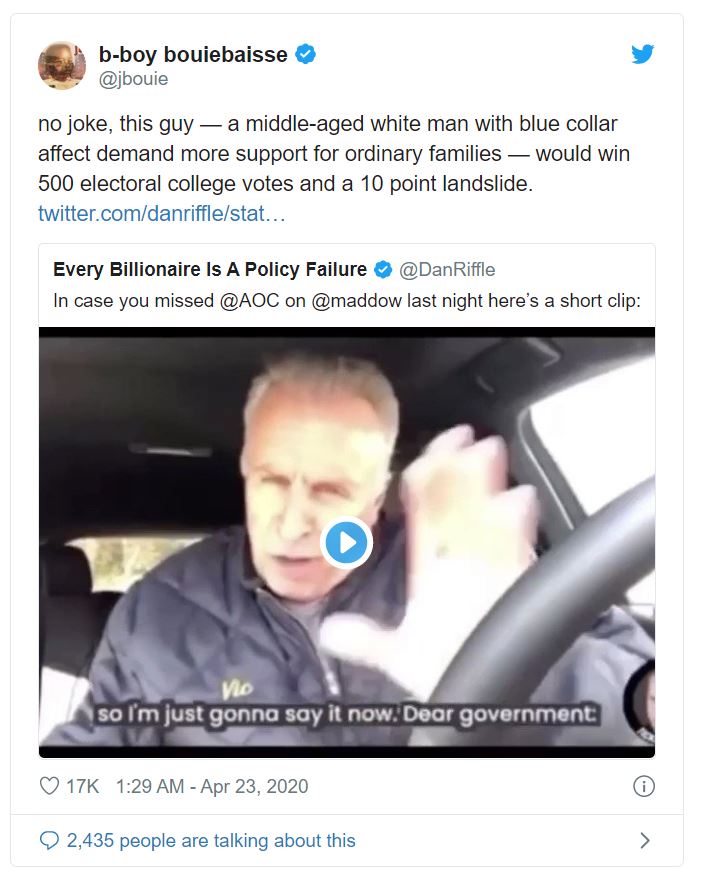 In an ideal world, it doesn’t sound unfair, and that’s why it’s easy for governments to peddle this stuff. The reality though, is just as Vic says. “How can we pay if we’re not earning money?” And this is what makes the stimulus package an interesting concept.

Yeah, it stimulates the economy, and it wins over voters, but it’s a drop in the water against the real problems, and it doesn’t address the real problems. The f**ken banks not being told to lay off. Just like Vic, we’re not experts, and we’re sure there are more far-reaching issues, but if the government can cover that, then that leaves renters and homeowners free to look after each other – and their own basic necessities – without being worried they’re still going to get f**ked by the banks. 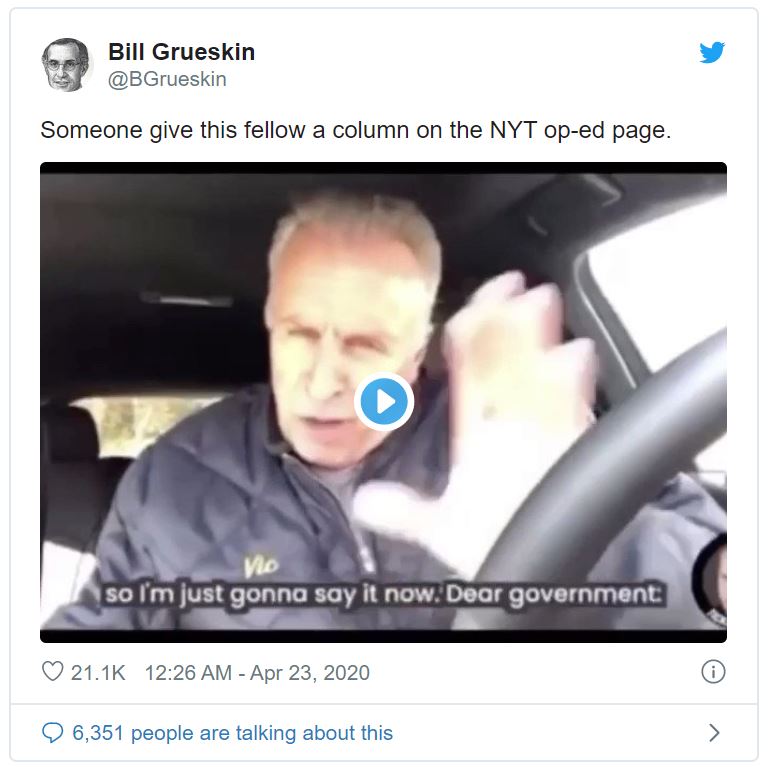 At its heart, that’s what makes Vic’s rant special. He’s not having a crack at the middle-man, he’s saying, “Oi, c**t, these politicians and banks are so up in each other’s buttcracks that they’re not worried about the little guy.”

That’s a message that’s as relevant now as it ever has been.

Final thought: Yeah, we’re under no illusion that it’s a tricky situation, but if you haven’t seen Vic’s passionate rant, give it a squiz and let us know what you reckon in the comments section. We’d be interested to hear your thoughts.

Just in case you missed it, here’s one of Ozzy’s latest commentary videos…Ozzy Man Reviews: Beluga Whale Vs Seagull