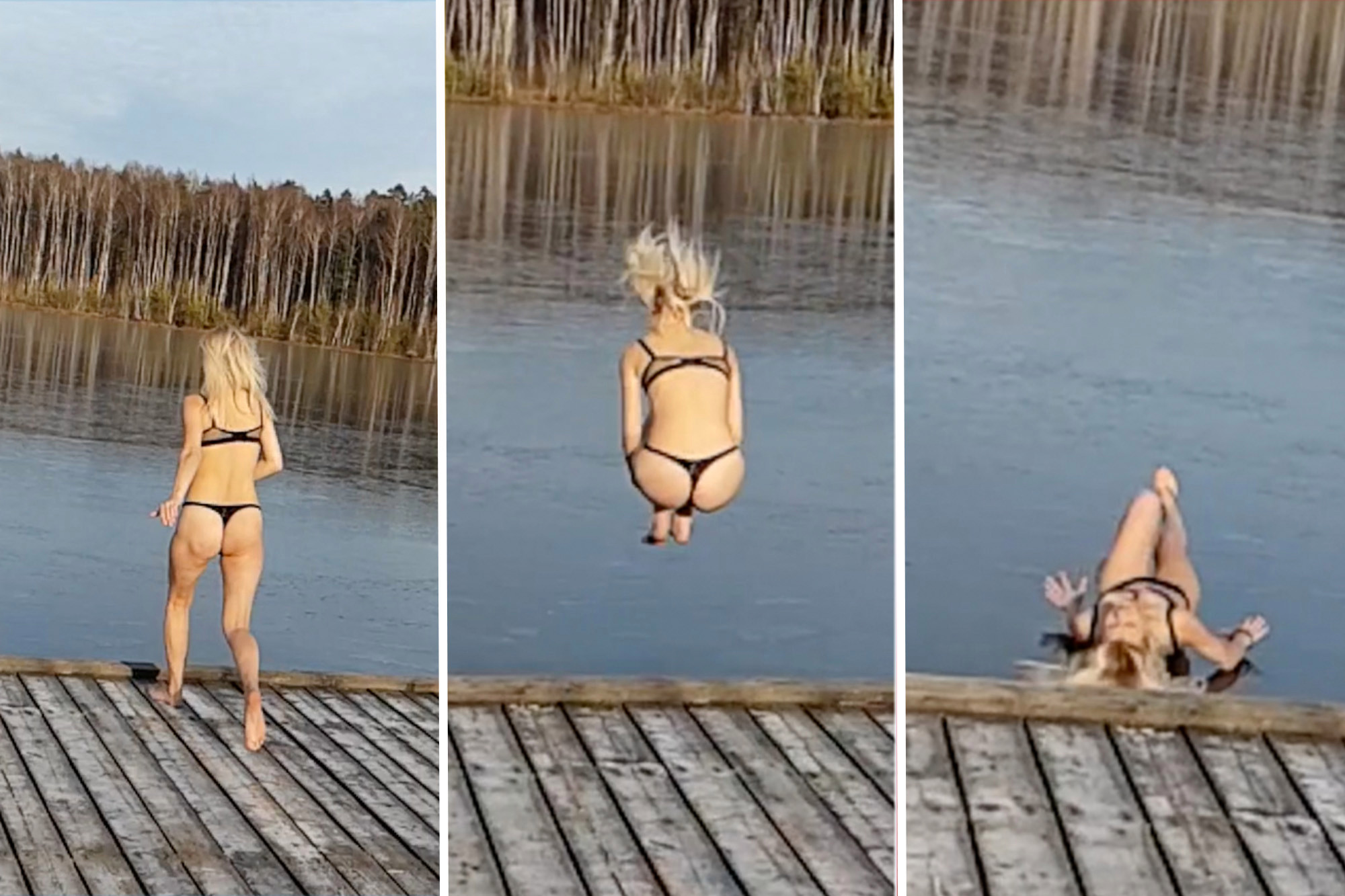 One of the best things about the internet is that it’s absolutely balls to the wall, chock-a-block full of potentially great stunts that f**ken backfire on the blokes – or in this case, blokettes – who are trying to pull them off. It might be someone wrangling an animal that f**ks them up, it might be someone picking a fight they can’t win, or it might be someone trying to film a little stunt that’ll rack up the hits online – and make them YouTube famous in the process – ballsing it right up… 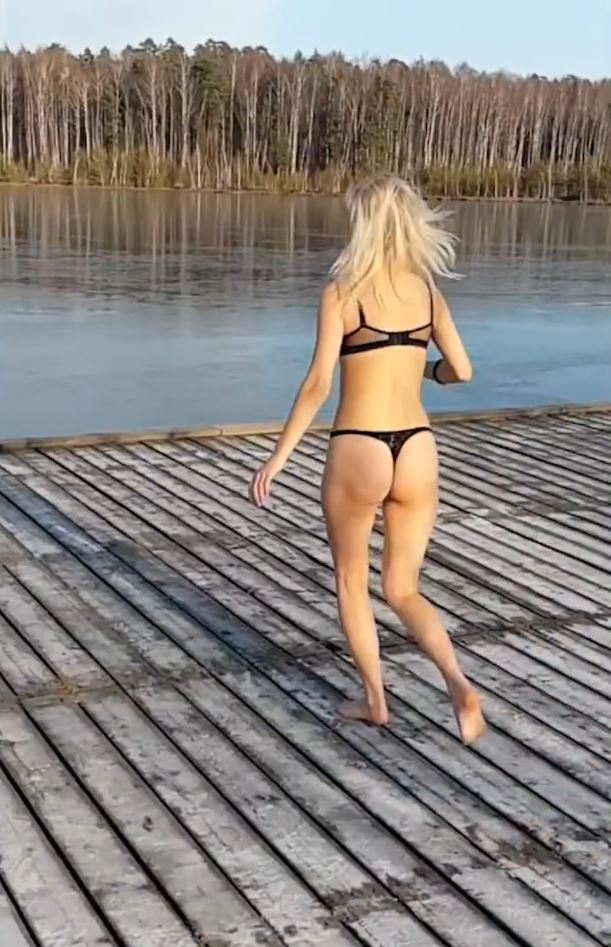 In today’s video, we’ve got a serious case of potential internet video going wrong. Of course, the down side to that is that far more people actually want to watch a video of someone completely missing their cue, f**king up their script, having the whole thing fall to pieces right in front of them. 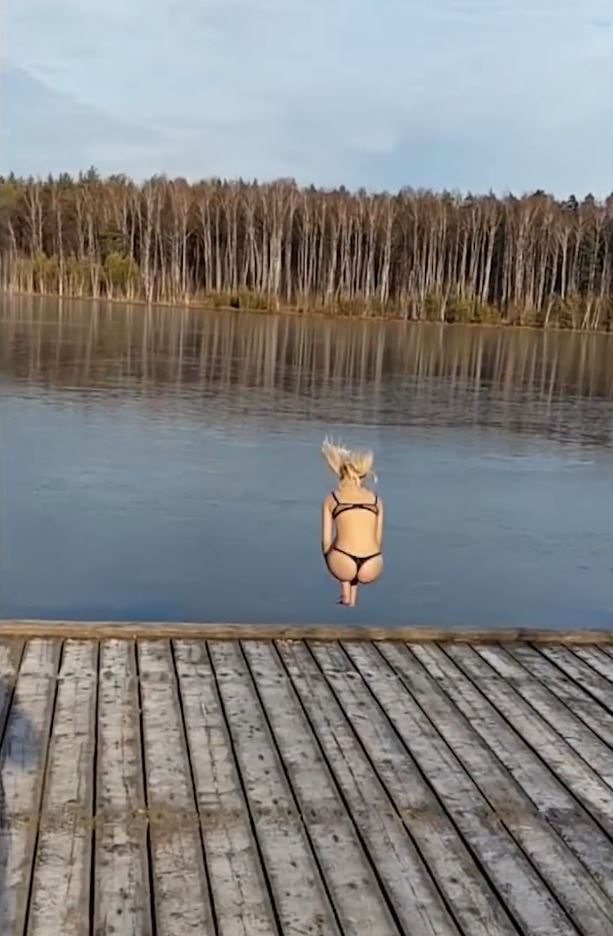 Anyway, grab your vodka, chuck on your scarf, and get ready to high-five Putin, because we’re going to Russia for this one – and it’s f**ken cold. When the video starts, we’ve got a young lady who clearly doesn’t mind the weather. Yeah, nah, she looks like she’s keen for an invigorating dip in a refreshingly cold lake. 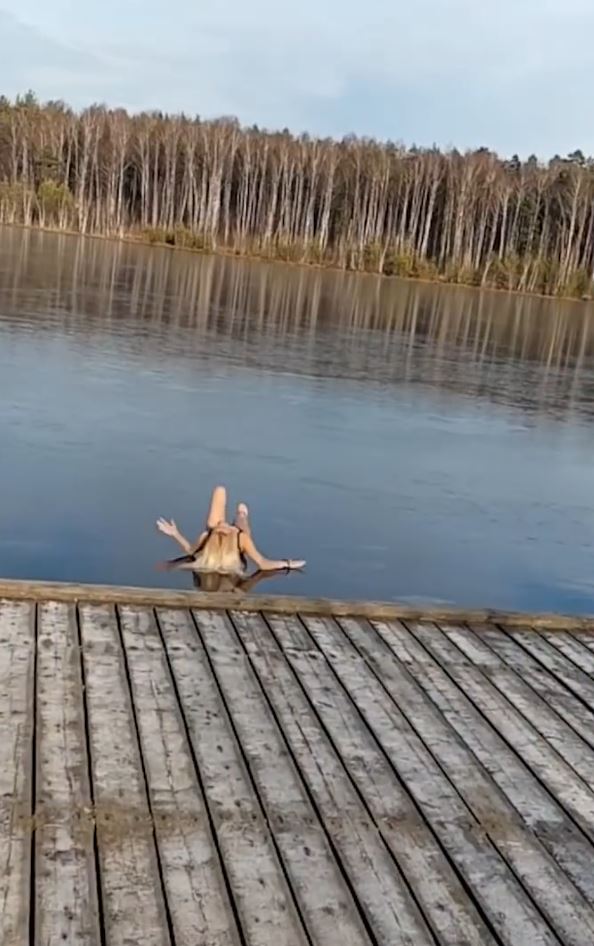 All right, she’s off! She’s got a nice little run up, she’s leaping, she’s…er, yeah, nah, she’s f**ked it. She should’ve tested the water. Everyone knows you’ve always gotta test the water for depth. She hasn’t done that and as a result, she’s come down on her ass only to find out the lake’s frozen harder than Eskimo ejaculate.

She’s smacked her coccyx so hard, she’s cracked the ice with her crack. She thought she was gonna land in a nice cold lake, instead, she’s found her way to Destination F**ked. 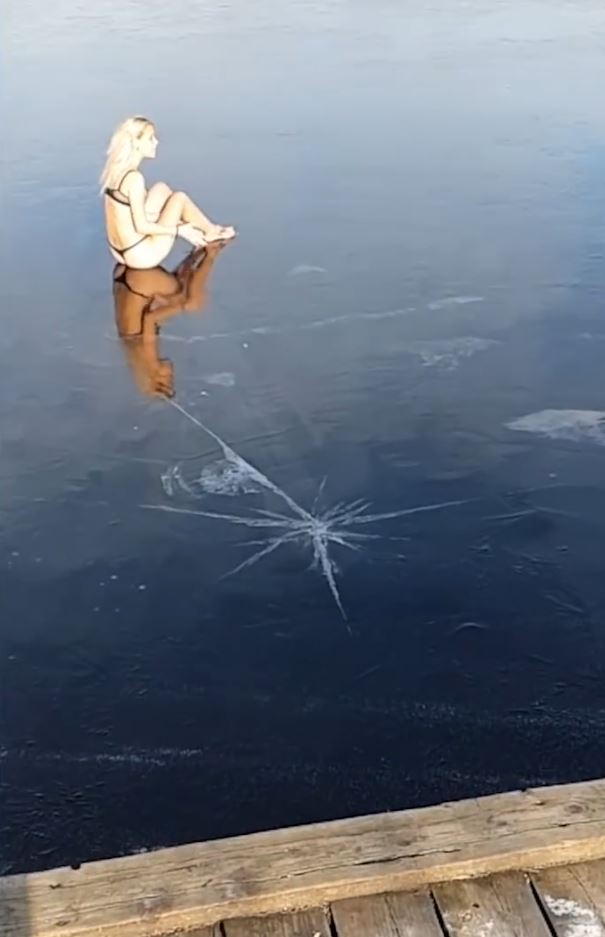 Final thought: Look, on the plus side, we’re pretty certain she was trying to make an internet video where she could become famous for catching Pneumonia. She couldn’t quite crack that one, but she will be internet famous for the epic fail. On ya, Russian sheila. F**ken good one!