By this stage, pretty much everyone and their dog knows that Octopuses are pretty bloody clever animals. They’ve got problem-solving skills, the ability to change their colour, the ability to reshape their bodies in genius ways, and of course, the ability to chow down on MDMA and have a blast and, of course, these smart little buggers even have short and long term memory. Now, though, thanks to a new video, it seems that not only do they sleep, but they also bloody dream.

Yeah, deadset, a new docco airing on PBS, a TV station in the States, called Octopus: Making Contact takes us into the home of a marine biologist, David Scheel, who’s pretty big on the cephalopods.

In it, he introduces us to his octopus, Heidi, and lets us watch her sleep. 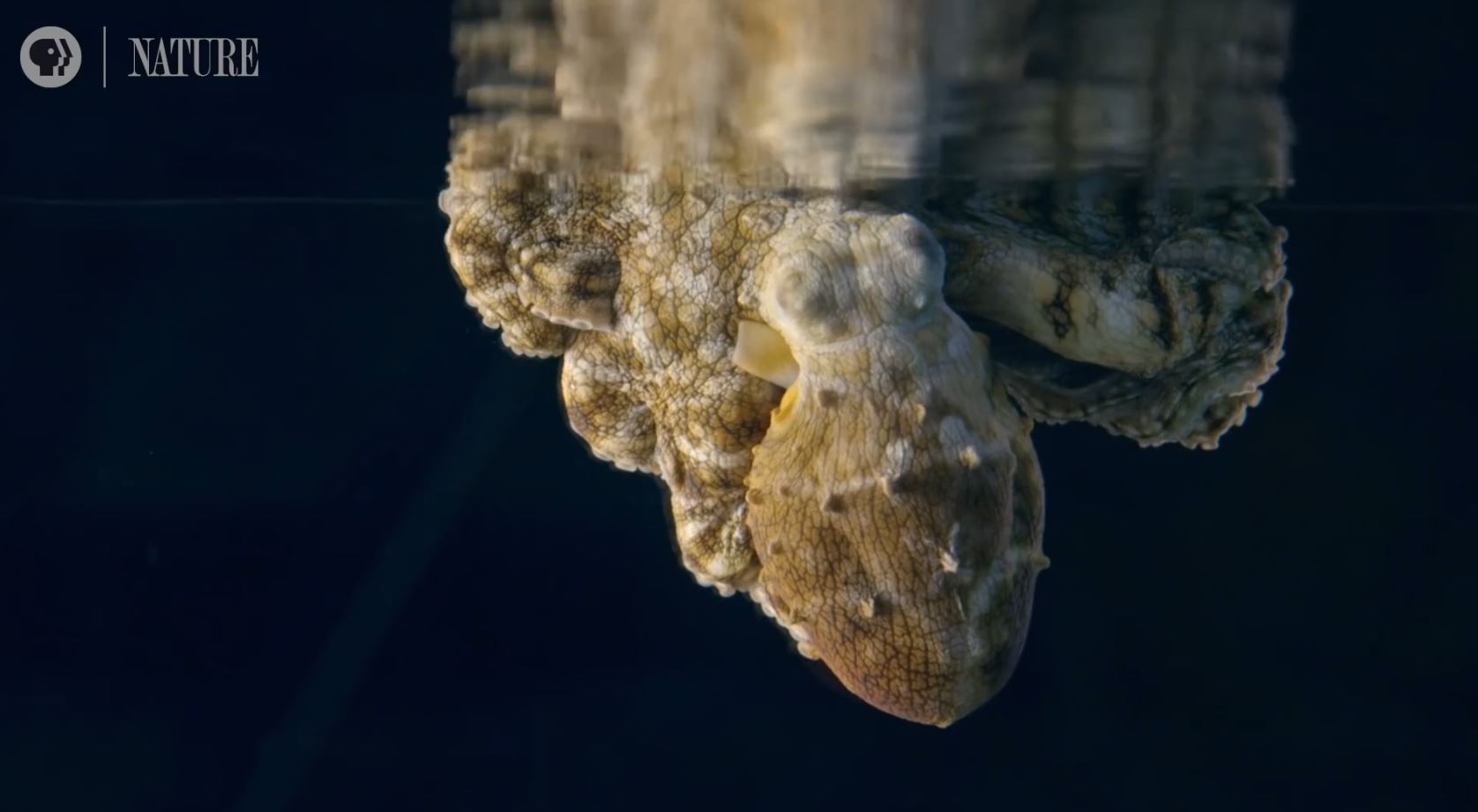 Yeah, yeah, don’t get us wrong, we know that sounds kinda creepy, but it’s all in the name of science, so it’s not too bad. It might not be your proudest wank, but if you’re one of those cosplay fans, we’re sure it won’t be your worst. Anyway, in the video, once Heidi’s having a nap, she starts shifting through colour schemes like a bloody kaleidoscope. 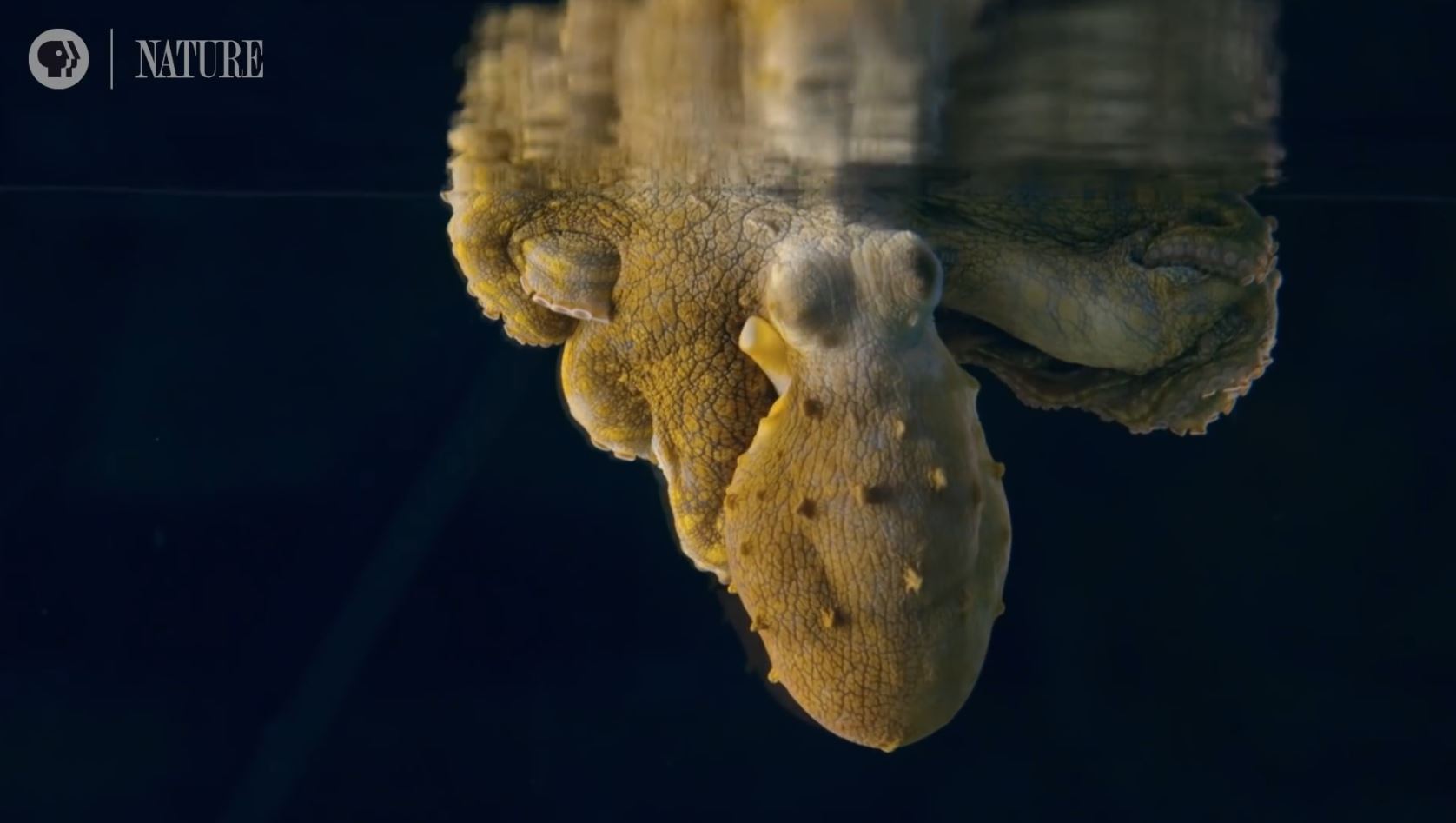 Scheel reckons the octopus is dreaming. “If she is dreaming, this is a dramatic moment. You could almost narrate the body changes and narrate the dream. She sees a crab and her colour starts to change a little bit, then she turns all dark, octopuses will do that when they leave the bottom.” 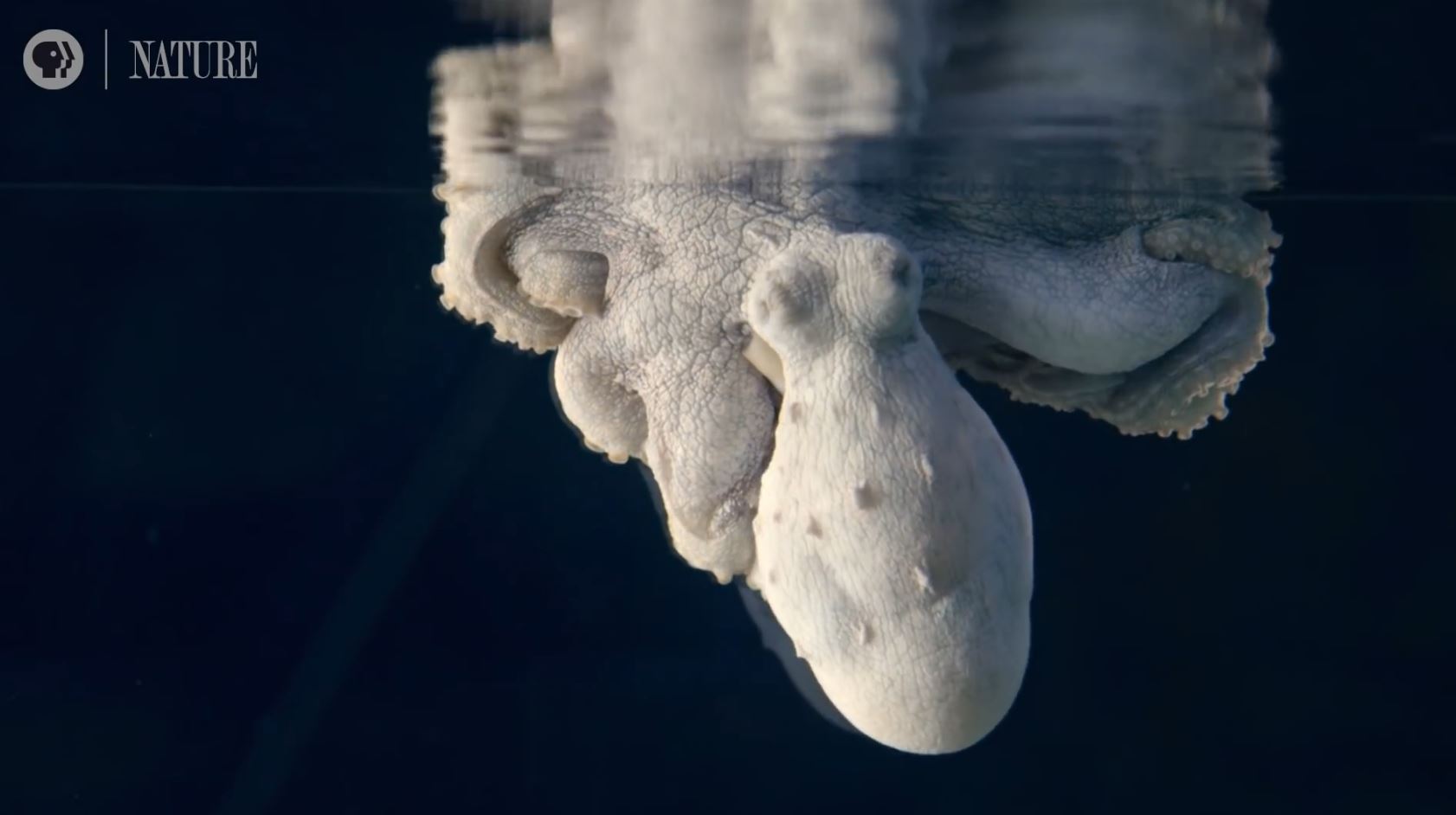 Now, while Scheel’s obviously just postulating, it’s pretty interesting that these colour schemes align with behaviours symptomatic of a typical day on the prowl for Heidi. As she flickers her way across the rainbow, Scheel continues with his commentary. 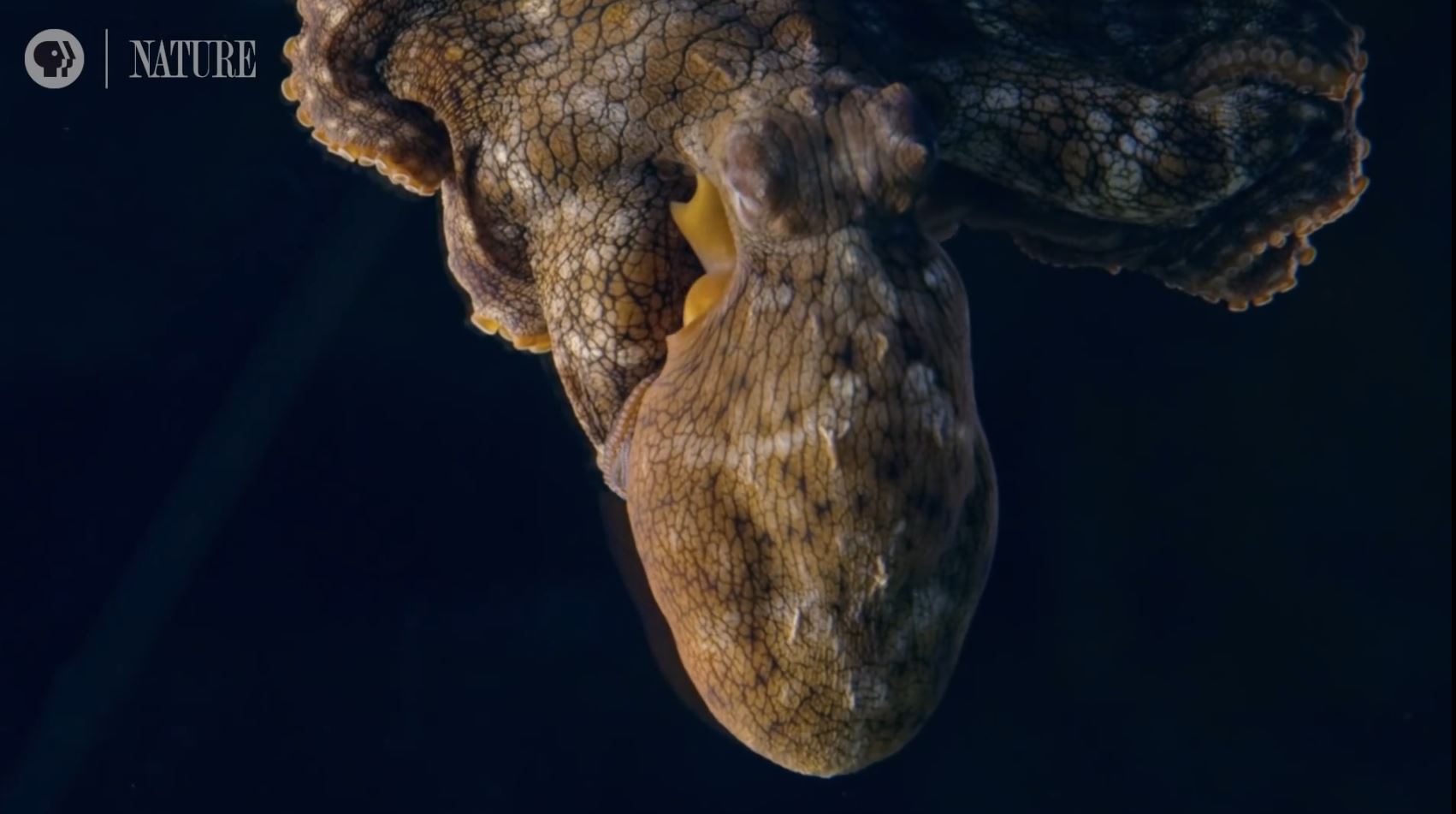 “This is a camouflage, like she’s just subdued a crab and she’s just going to sit there and eat it, and she doesn’t want anyone to notice her. It’s a very unusual behaviour to see the colour come and go on her mantle like that, just to be able to see all the different colour patterns flashing one after the other, you don’t normally see that when an animal’s sleeping. This really is fascinating.”

Apparently, octopuses actually have really good control over their ability to change colour, so to see them doing it in a seemingly involuntary way is, apparently, pretty bloody special. Either way, it’s bloody cool. 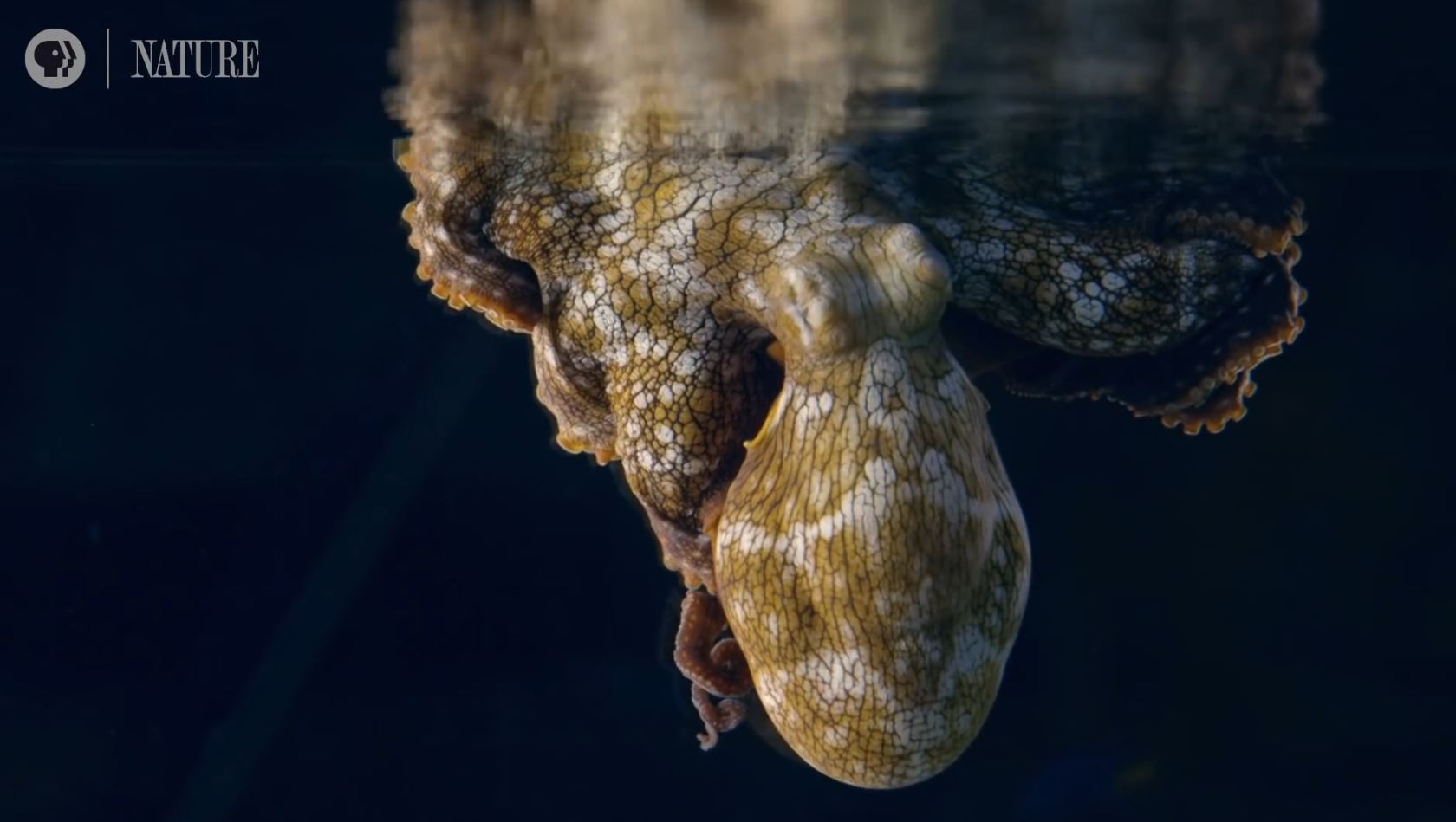 Final thought: The more we learn about octopuses, the cooler we reckon they are. Deadset, they might not be your typical ‘awesome’ animal, but honestly, they’re right up there when it comes to sussing out exactly which animals are the coolest on the planet.

This turtle lost both his back legs so vets got creative

We all know the story of the tortoise and the hare. It’s a bloody classic that’s been around since the days of Aesop, and that dude was kicking around Greece five to six hundred years B.C. Well, while the tortoise in ...

We’ve all heard the saying ‘cats always land on their feet,’ right? Well, while that always turns out to be true when you throw the neighbour’s annoying cat back over the fence, it’s also true on a deeper and cheesier...

You know, we’ve gotta be straight up with you on this one, but when we were younger, we bloody loved going to the circus and seeing the clowns, the trapeze and the animals. Of course, circuses have come in for a bit o...