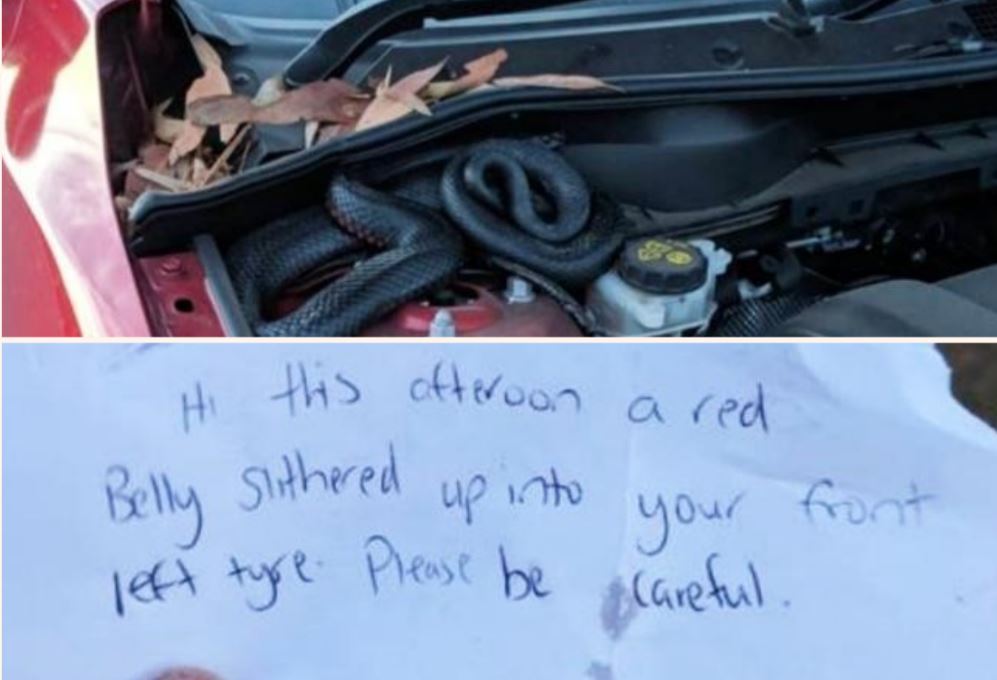 But there are of course exceptions.

Perhaps someone’s witnessed Dennis Hopper hooking your car up to a bomb that’ll go off as soon as you drop under 50kms an hour, or perhaps they’re letting you know that a red-bellied black snake has slithered up your tyre and into your engine.

Either way, you’re probably going to want to know. 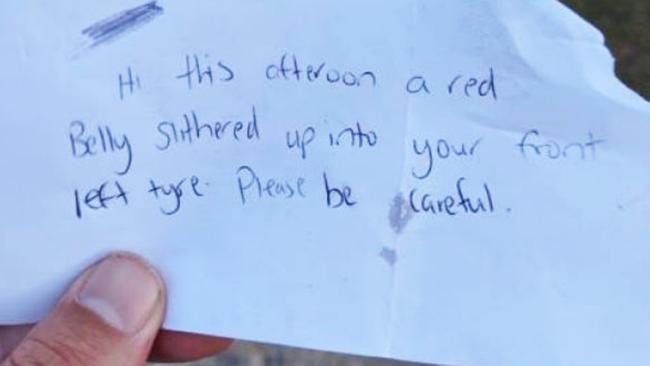 How would you react to that? Credit: Michael Garbutt/Facebook

So you can bet Sydney bloke, Michael Garbutt, was expecting the worst when he saw the note on his car. If it were me, I’d already be looking for dents before I’d even read it. So when he actually read the note, you can imagine his next move.

Yep, he popped the bonnet. Lo and behold, the snake, a rather sizeable specimen from the looks of it, was snuggled up in the warmth of his engine block. Now, here’s one for the mechanics among you: is it possible for a snake to get inside the car itself from there? You’d sh** broken glass if you were driving along and a snake crawled out of the air-con wouldn’t you? 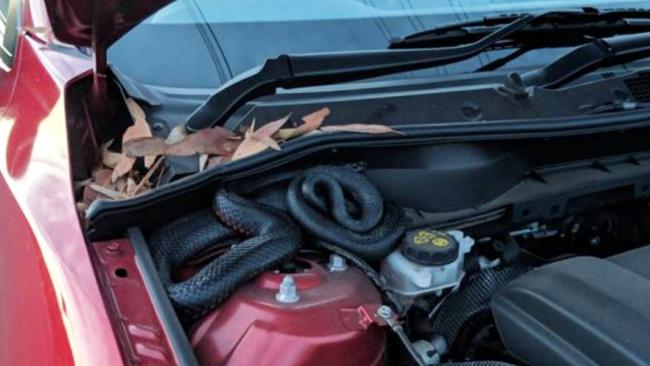 Anyway, Mr Garbutt is clearly a reasonable bloke because he didn’t just spark the engine and try to mangle the sleepy serpent. He just closed the bonnet and did what anyone confronted by a snake should do – he called the snake catcher. 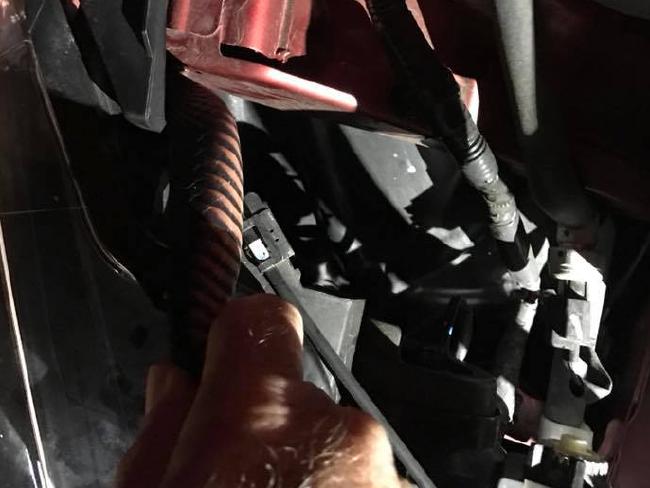 It took an hour to get the cheeky little bugger out. Credit: Michael Garbutt/Facebook

Now, it’s clearly snake season here in Ozzyland. It’s hot and our legless friends are active. If you are parking your car somewhere, remember that this is Australia. You could be approached by a highly venomous snake at any time. 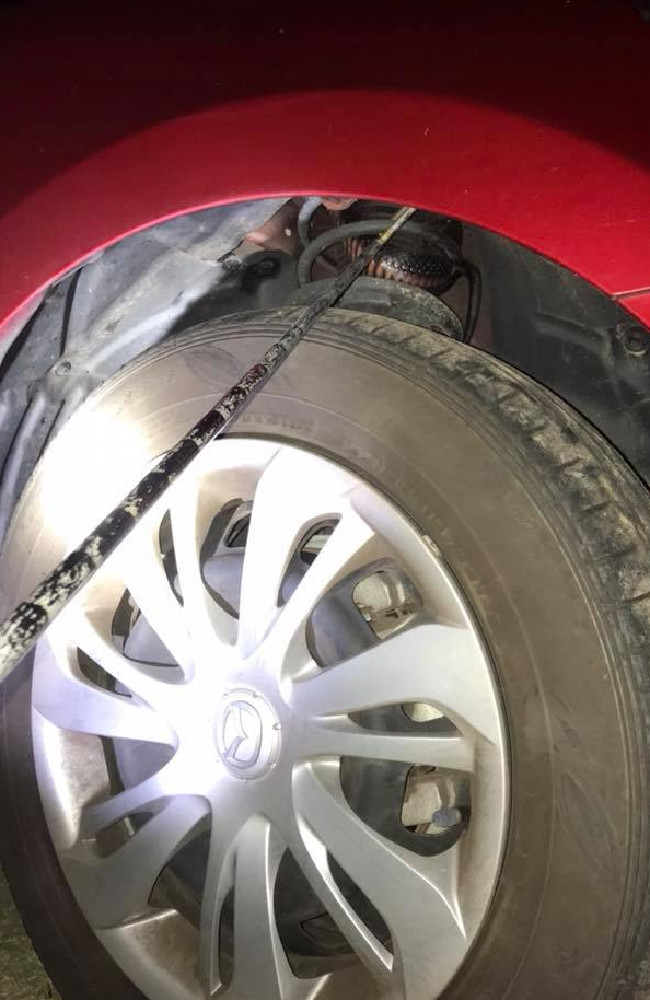 “Sounds like a hiss coming from the suspension, mate.” Credit: Michael Garbutt/Facebook

However, it’s always nice to remind yourself that despite their look – and their reputation – red-bellied black snakes have never killed anyone. They’re quite venomous but they’re usually quite shy and retiring. If you see one, follow Mr Garbutt’s lead: call a snake catcher. 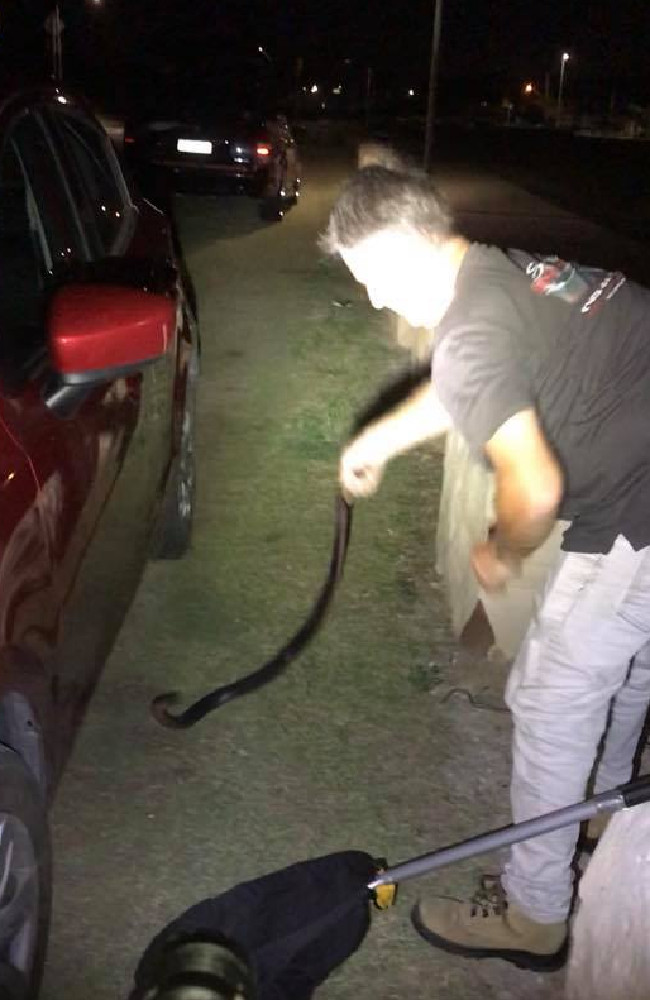 He’d better watch out. I’ve heard they like to prey on mullets. Credit: Michael Garbutt/Facebook

It turns out the snake catcher had a bit of a hard time getting the snake out of the engine block, but he was eventually able to Steve Irwin that bewdy with his bare hands and relocate the snake.