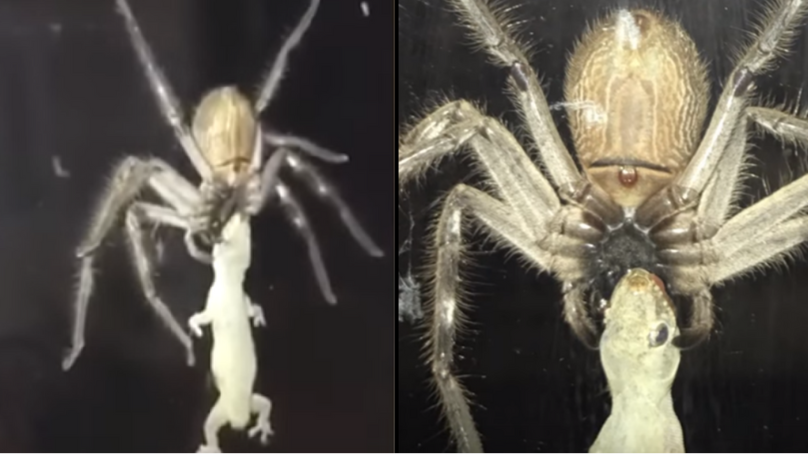 Oh f**k yes, it’s time for another episode of Big F**ken Spider, the Ozzy game show where we show off our spiders and marvel at their ability to grow really bloody big. In today’s episode, we’re heading to the little town of Beerwah, in QLD. This town is pretty f**ken close to Steve ‘F**ken Legend’ Irwin’s Australia Zoo, and until now, the biggest thing in Beerwah was the mountain of the same name…

Righto ya wankers, let’s do this shall we? As the story goes, this spider must’ve known it was f**ken tucker-time at the Ottaway house in Beerwah. Melanie and Troy, the couple who filmed the b*stard were just getting ready to smash their Sunday dinner – which in Beerwah is probably a meat pie and a stubbie – when Troy noticed the spider. 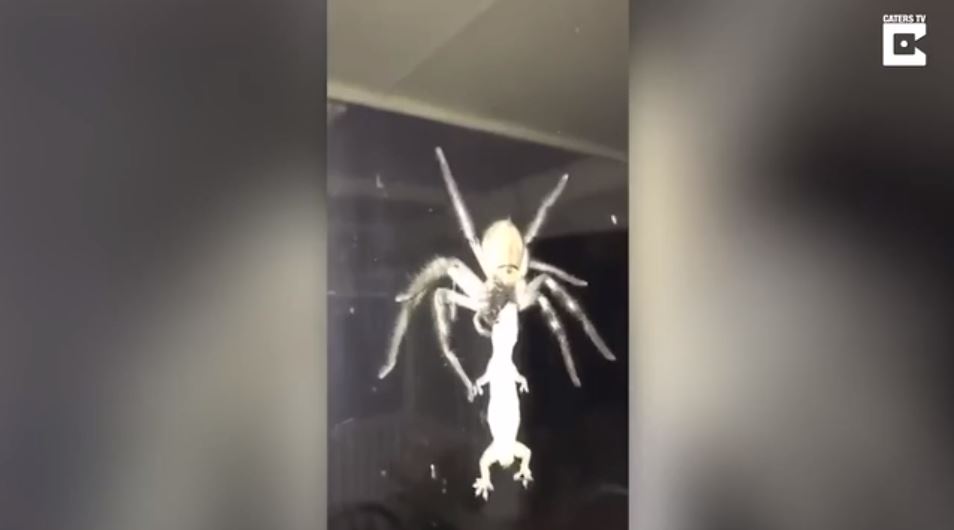 “Farken strewth, love,” he said. “Have a bloody squiz at this bewdiful specimen.”

“Crikey, Troy, if I knew you were inviting your mum for tea, I’d have done me hair. Why didn’t you tell me?” 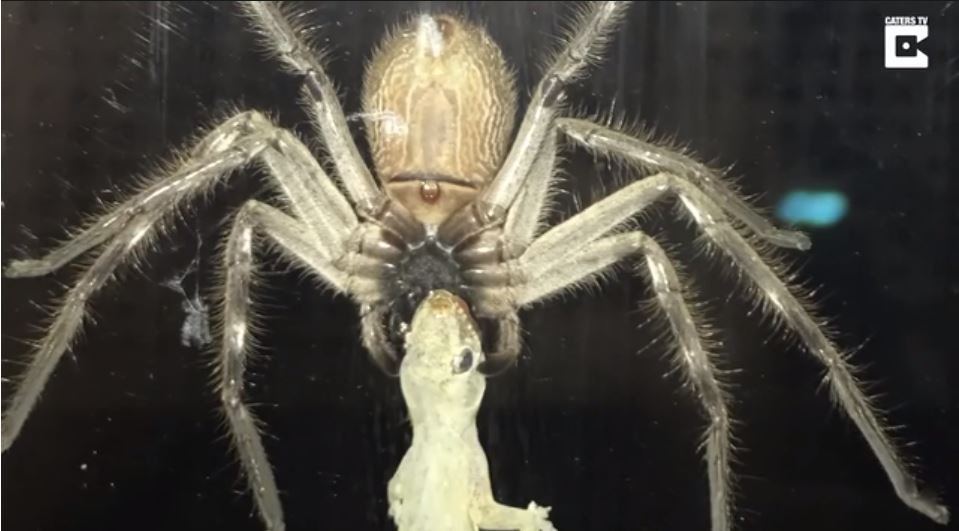 Once Troy had established that was a bit bloody cheeky and his mum is actually a bloody saint, the two sat back with their meat pies and their stubbies to watch the spider mung down the f**ken gecko. Now, we could be wrong, but that looks like one of the invasive species of geckos that run amok around here, so the spider is doing its native Ozzy mates a bloody favour.

Out of interest, have a look at the gecko’s tail. Ha! Ya can’t. It’s f**ken gone. Turns out there’s no flies on this clever arachnid – the gecko might have tried its “Here eat me f**ken tail” trick, but the eight-legged freak was having none of it, choosing instead to start dinner with lizard head. 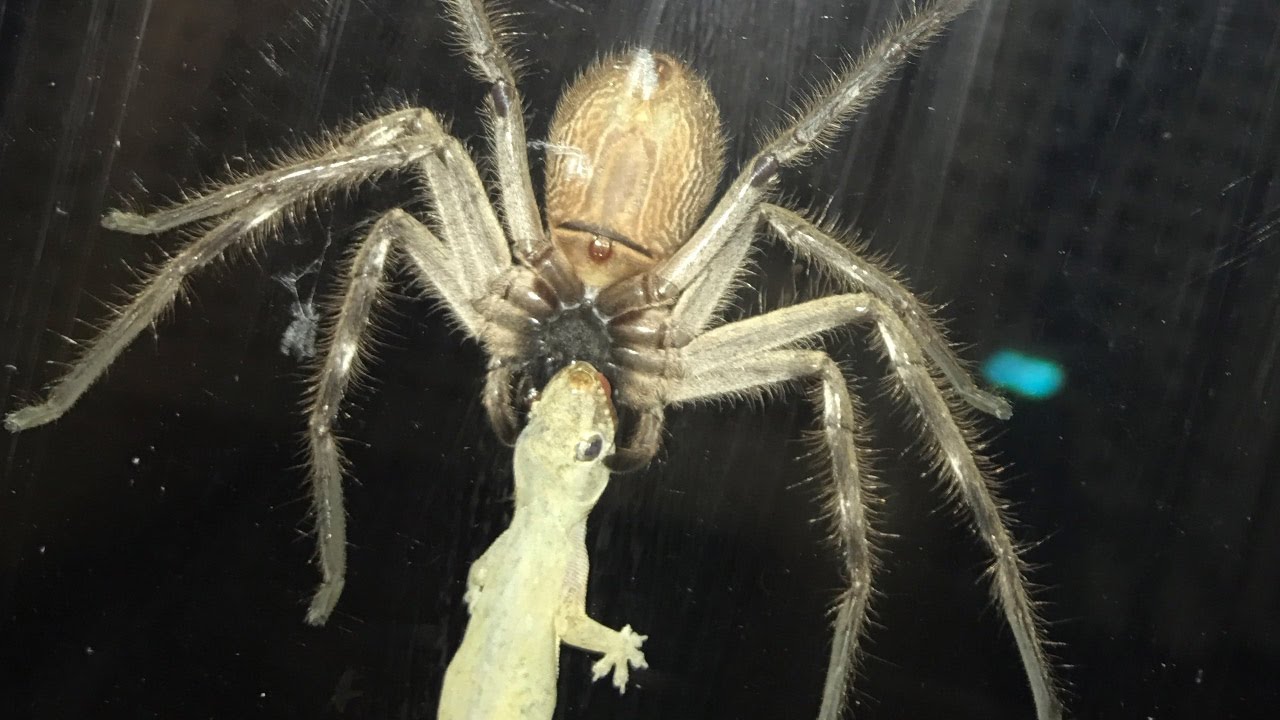 Final thought: What are ya waiting for Ozzys; load up the Facebook comments with pictures of your own spiders. And please, for the love of all that is holy, understand that we mean spiders and not ‘dicks’.