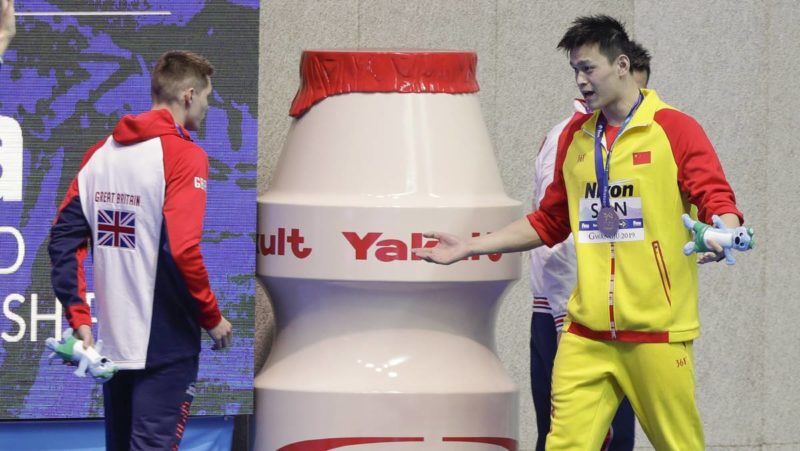 When you think about sports that are rife with conflict, sometimes the quiet ones can really catch you out. If you’ve had much of a crack at the swimming lately, you’ll know exactly what we’re talking about. Chinese Swimmer – and current World Champion – Sun Yang’s certainly not making any friends and two of his competitors have now given him the big, ‘Yeah, nah, get f**ked,’ when it’s come time for handshakes and acknowledgements.

The two swimmers who’ve basically told the infamous Chinese swimmer to jog on are none other than Australian swimmer Mack Horton and Pommy bloke Duncan Scott. It all started last year when Yang was accused by drug-testers of smashing vials of his blood with a hammer. Yeah, nah, it’s not a good look when you’ve already served one drug ban…

On the opening night of the FINA swimming world championships, Horton picked up a silver while Yang took the gold. When it came time to stand on the podium, Horton basically said, “Not on your nelly. I won’t stand with a drug cheat.” 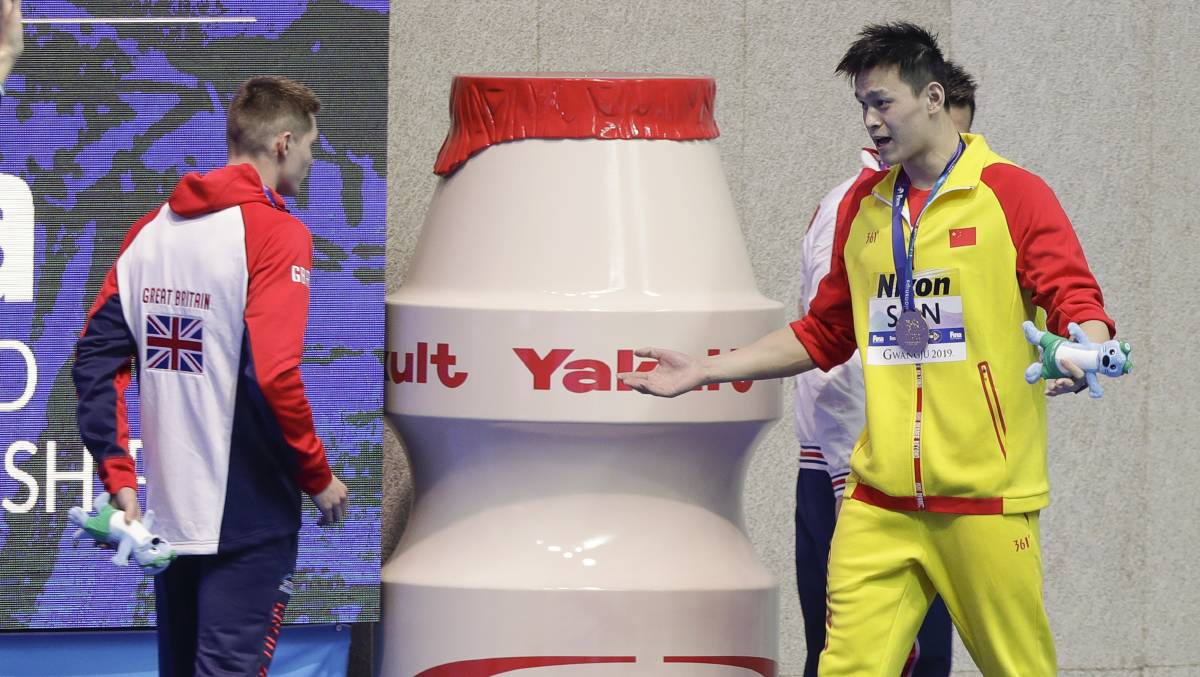 Obviously, there was a fair bit of controversy and the Ozzy was hit with a warning from FINA and some fair verbal backlash from Yang. Since then, he’s been booed and the whole thing’s been an ongoing drama.

Until today. That’s when Duncan Scott took bronze in another race with the drug cheat. Yang took gold thanks to someone else’s false start. Although he did climb up on the podium, he refused to acknowledge his Chinese adversary. That, in turn lead to Yang saying, “You’re a loser. I am winning.” 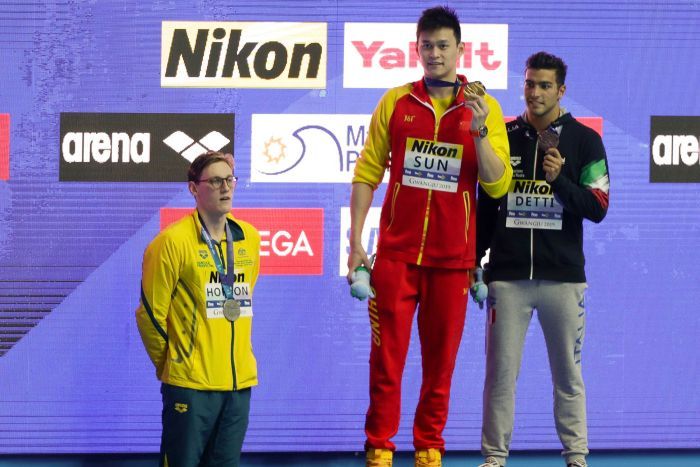 Both men were hit with warnings this time. Of course, what this all comes down to here, is that these swimmers – and many others – are saying drug cheats aren’t welcome. Whether or not Yang is guilty this time, he’s been convicted in the past and allowed back in.

Is he still cheating? We honestly don’t know. Is it possible? Well, considering his actions, you have to assume so. Perhaps that’s why Scott said, “If (Sun) can’t respect our sport, then why should I respect him? Hopefully this will happen in more events.” 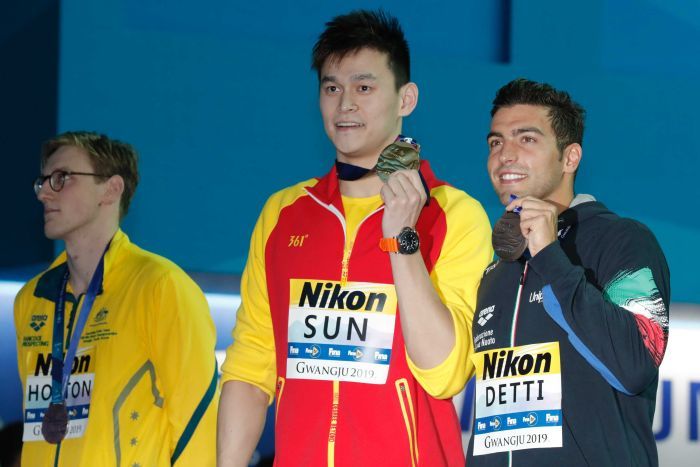 Final thought: It’s all a bit bloody contentious and juicy, but while there’s some great entertainment value, there are some real questions being posed here. FINA, is of course, being forced to deal with them and it’s a tops example of athletes forcing the issue. Personally, we reckon anyone found guilty of using performance-enhancing drugs or avoiding a drug-test can f**k right off, but what about you blokes? What are your thoughts?